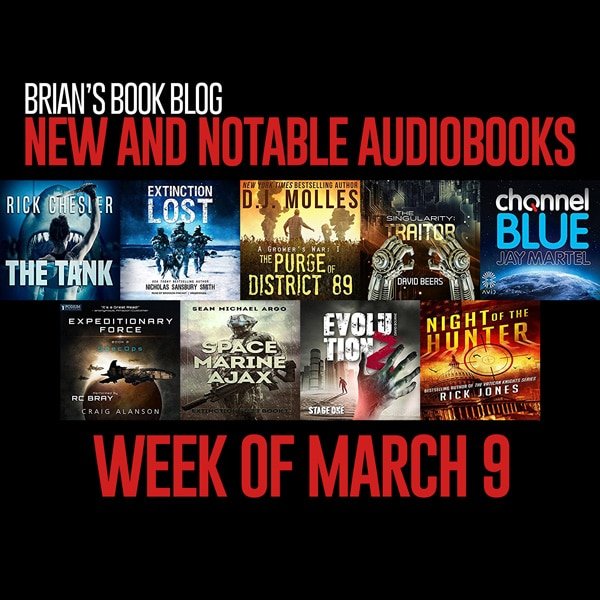 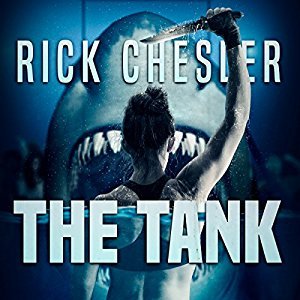 The Tank by Rick Chesler
Narrated by Gary Regal

Inmate Kane Brooks escapes from prison while participating in a program to train as a commercial deep sea diver. When he assumes a new identity in Florida as an alligator wrangler removing nuisance animals from homes and businesses, it looks like he’s found a way to settle down and lay low. But that all changes when a casual backyard gladiator racket turns into an underground empire staging man-versus beast spectacles in a cage-fighting style ring. After fish and wildlife officer Heather Winters is tipped off about the illegal activity and starts to investigate, she goes undercover, posing as a spectator at the matches in order to infiltrate the underground culture. But when Winters gets close to obtaining sufficient evidence to make an arrest, she learns the man staging the contests is not at all who he says he is. When Brooks catches on to her true role, Winters finds herself in the unenviable position of having to face off as a contestant in the ultimate fight card – woman vs. great white shark in…The Tank. 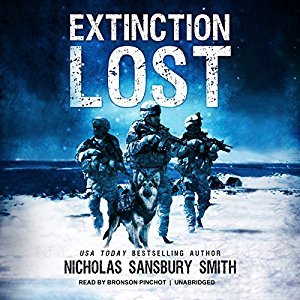 Two days after the events of Extinction Aftermath, European Unified Command calls on Team Ghost for a top secret mission. The residents of a small Inuit fishing village in Greenland have gone missing, and reports of Variants unaffected by Kryptonite have surfaced. Fatigued, injured, and unaware of the events back in the United States, Master Sergeant Joe Fitzpatrick leads Team Ghost into the remote and alien winter landscape to determine the fate of the missing villagers. But as the operation unfolds, they discover a harrowing revelation that could impact the world war against the Variants – and the future of the human race. 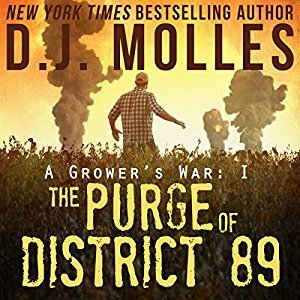 The Purge of District 89: A Grower’s War, Book 1 by D.J. Molles
Narrated by Christian Rummel

Keep your head down. Do what you’re told. It’s easier that way.

Walter Lawrence Baucom is used to the troops that patrol Agrarian District 89. He grew up with the sight of Chinese and Russian soldiers, right alongside the American ones. They are the Coalition. “The Three Brothers”, they call themselves. They claim that they are there to help. And he thinks that if he doesn’t rock the boat, then they will never have a reason to break in his door and disappear him, like they did to his brother.

But when a Chinese captain is kidnapped by resistance members, Walter is suddenly thrust into a fight he never wanted. A fight where there are many sides, but very few allies. As things in District 89 quickly spiral out of control and the borders are closed by Coalition troops, Walter will have to make a decision: What is he willing to fight for?

His life? His freedom? 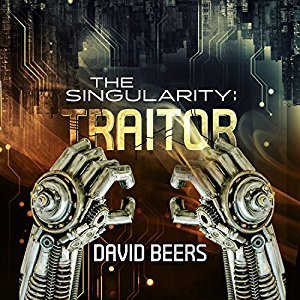 There are consequences for everything.

Caesar Wells takes the mantle of The Named’s leader, and after six months of intense preparation, begins his assault on The Genesis, intent on destroying the artificial intelligence that enslaves humanity.

The Genesis possesses its own plan – one that will lead Caesar directly to it, in a confrontation that Caesar can’t possibly prepare for.

As Caesar readies for battle, dark storm clouds of unseen forces are mixing together, all of them ready to destroy the one man dedicated to giving humanity back its freedom. 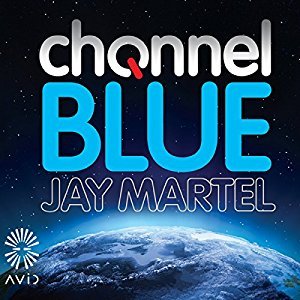 Earth used to be Galaxy Entertainment’s most lucrative show. The inhabitants of the Western Galaxy just couldn’t get enough of the day-to-day details of the average Earthling’s life. But Channel Blue’s ratings are flagging and its producers are planning a spectacular finale; the TV show is set to go out with a bang. The trouble is, so will Earth. Only one man can save our planet and he’s hardly a likely hero…. 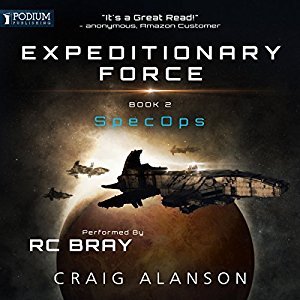 Colonel Joe Bishop made a promise, and he’s going to keep it: taking the captured alien starship Flying Dutchman back out. He doesn’t agree when the UN decides to send almost 70 elite Special Operations troops, hotshot pilots, and scientists with him; the mission is a fool’s errand he doesn’t expect to ever return from. At least this time, the Earth is safe, right?

When there is an industrial accident, some of the Morningstar Strain is actually released. The doctor who discovered the strain and her assistant will have to fight their way through Sprinters and Shamblers to save themselves, the vaccine, and the base. Then they discover that it wasn’t an accident at all – somebody inside the facility did it on purpose. The war with the RSA and the infected is far from over. 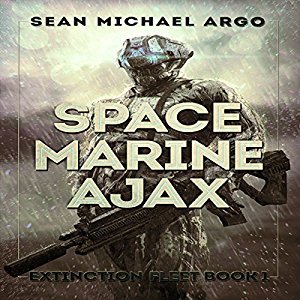 Ajax answers the call of duty and becomes an Einherjar space marine, charged with defending humanity against hideous alien monsters in furious combat across the galaxy. The Garm, as they came to be called, emerged from the deepest parts of uncharted space, devouring all that lay before them, a great swarm that scoured entire star systems of all organic life. This space-borne hive, this extinction fleet, made no attempts to communicate and offered no mercy.

Humanity has always been a deadly organism, and we would not so easily be made the prey. Unified against a common enemy, we fought back, meeting the swarm with soldiers upon every front. We were resplendent in our fury, and yet, despite the terrible slaughter we visited upon the enemy, world after world still fell beneath ravenous tooth and wicked claw. For every beast slain in the field, another was swiftly hatched to take its place and humanity was faced with a grim war of attrition. After a decade of bitter galactic conflict, it was all humanity could to do slow the advance of the swarm and with each passing year we came closer to extinction. The grinding cost of war mounted. The realization set in that without a radical shift in tactics and technology the forces of humanity would run out of soldiers before it ran out of bullets. In desperate response to the real threat of total annihilation, humanity created the Einherjar. Fearless new warriors with frightening new weapons who were sent to fight the wolves at the gate. 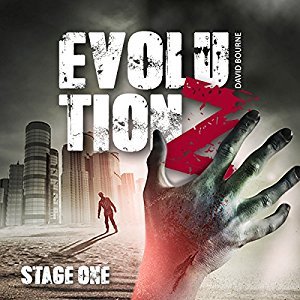 After a dramatic plane crash in the wilds of Maine, the survivors of Augusta Airline Flight 303 believe the worst is behind them. Captain Raymond Thompson organizes the group and attempts to get help, but soon it becomes clear that our familiar world has ceased to exist. Everything seems to fall apart, and no one knows the source of the catastrophe. However, the survivors soon learn a basic truth: If you make even one mistake, you pay with your life and become one of “them”…

An absolute must for all fans of The Walking Dead!

This exciting zombie apocalypse thriller is a perfect fit for all fans of Manuel Loureiro, Nicholas Sansbury, and Mark Tufo!

Night of the Hunter: The Hunter Series, Book 1 by Rick Jones
Narrated by Patrick Conn

While on a mission in Jarablus, Syria, Jon Jericho, codename the Hunter, is severely wounded, ending his career as a Special Field Operative for Delta Force. When he returns stateside to begin life anew, he quickly finds himself caught up in a scandal involving the appropriation of documents for an undetectable state-of-the-art ICBM by the Islamic State. But what if Jon Jericho discovers something different? What if he learns that the plans were appropriated by American and Israeli intelligence and then proffered to the Islamic State? As Jericho digs deeper, he quickly draws the attention of certain CIA principals. So when a CIA paramilitary group gives chase to terminate Jericho with extreme prejudice to keep the conspiracy safe, the Hunter must utilize his special skill set not only to survive but to bring forward the hidden truth before the world erupts into global war.

One thought on “New and Notable Audiobook Releases: Week of March 9th”