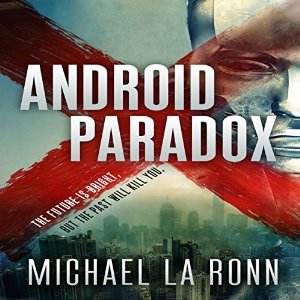 The Android Winter is Coming…

Meet X, an android that is a special agent tasked with finding rogue androids that are becoming more and more frequent.  His human partner, Shortcut is there to keep both of them safe.  Follow these two as they are trying to figure out what these rogue androids mean when they are saying “the Android Winter is Coming.”

Android Paradox was read by Erik Johnson who reads it in a dramatization and changes his voice to fit each new character.  His inflection and voice were a welcome addition to this novel.  The quality is also great, only a few times did I notice a volume fluctuation (usually only for a few seconds).  Johnson is a great narrator with a great voice and I will be looking for more of his work.  His narration of this book did add a lot to it, especially the style that he chose to use.

I made quick work of this book at only 4 hours or so for the audiobook — I finished it in 2 short sittings.  The story is face paced but thorough.  La Ronn does a great job describing characters and explaining their motives in such a short book.  The story ended with a feeling of openness.  There are a lot of places that La Ronn can go from here.

Overall, with all of the AI fiction I’ve been reading lately, I was worried that a book this short wouldn’t hold up, but this was good.  Reminded me a bit of I, Robot.  A great fast-paced technothriller.

I received a free copy of this audiobook from Audiobook Jukebox in exchange for my unbiased and honest review.

When two equally intelligent androids face off against each other, who wins?

The year is 2300. Humans and androids live in peace after a devastating singularity and years of war.

Xandifer “X” Crenshaw is a special agent android for the United Earth Alliance. His job is to track down rogue androids and destroy them to keep the world safe.

When another android agent goes maverick and starts a killing spree, the fallout could shatter the alliance between humans and androids forever. X hunts him down, but what seems like a simple operation turns weird fast when X discovers that he’s up against something far more sinister that is just as intelligent as him. And whatever it is, it also holds the key to X’s forgotten past.

The future belongs to humans and androids…or is that a paradox? 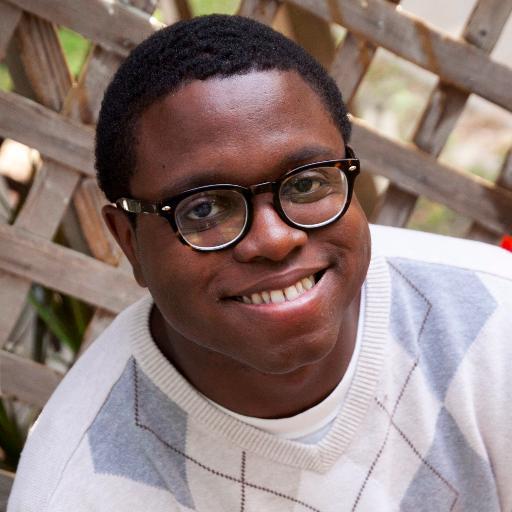 Michael La Ronn writes fearless fantasy. His novels feature unlikely heroes such as teddy bears and vegetables, and his writings are filled with quirky and imaginative humor.

In 2012, a serious illness put him in the hospital, an experience that made him realize his true purpose in life as a writer. He has been writing and publishing a diverse portfolio of work ever since.

He writes novels, short stories, and poetry. His signature works are Decision Select Novels, which are a new twist on Choose Your Own Adventures, but for grown-ups and formatted specifically for e-readers.

He lives with his wife in Des Moines, Iowa. He reads an inordinate amount of books every year and also co-hosts the To Be Read Podcast, where he talks about the books he reads. He also blogs about his life as a part-time writer.