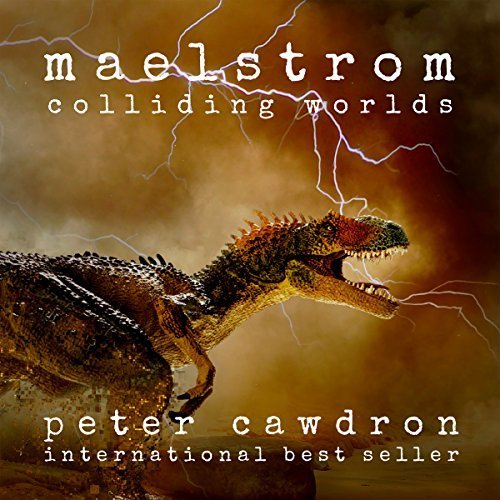 An Interesting Take on Alternate Realities

Maelstrom is a collection of three short stories that all weave into one larger story.

The first story – Collide was, as with all Cawdron books, well thought out and shocking when it comes to the finale.  It was short (definitely the lead in/hook you early) story.  I wasn’t sure what I was getting into with the first few chapters but not too long after I thought that Cawdron had me hooked.

In Collide we learn a little about the set up of the entire book, what’s causing the change, and what could possibly come from the issue that’s created (notice my vagueness – I know if I get much deeper it’ll give it all away).

The second book – Impact is where the real meat and potatoes live.  We find out that things aren’t what they seem.  Animals from others times and places are now all of a sudden in the middle of the city and attacking people.  I wasn’t sure how I was going to feel about this one but I was already hooked.  I had a hard time getting into the “this animal is here” belief – though after a while (and meeting the old man) I started to really come to.  The introduction of the paramedic and police officer (and their continued proximity) was well thought out and written.

The final story – Maelstrom –  is where we start to find out what is going on, how they think they’re going to fix it, and if they actually do.  This was fascinating.  There were parts of this that I couldn’t wrap my head around (time travel/alternate reality books get confusing if there is more than one version of a person or reality existing at the same time).  But it was enjoyable none-the-less.

Overall, I thought that Maelstrom was an interesting look at different paradoxes and realities. I enjoyed the way it was written and the character development.  I found myself scratching my head at a few parts but I think Cawdron did some of that on purpose.

Slight spoiler:  there was a scene late in the book where someone keeps seeing different versions of themselves – all I could think of was the “Hello John” scene from Jurassic Park when they cloned him and made numerous versions for the intro video about Dino DNA.

Tunguska, Roswell, the Bermuda Triangle, the Mary Celeste... For hundreds of years, the danger posed by colliding worlds has been ignored as a crackpot theory, until now, and now it's too late.

Maelstrom contains three novellas set in the Colliding Worlds universe (Collision, Impact and the conclusion, Maelstrom). Collision was commissioned by Vanquish Motion Pictures for possible development in film or on television.

Also by this author: Free Fall, Starship Mine, Anomaly, Retrograde