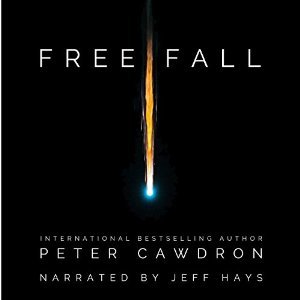 You don’t need 400 pages to make someone feel

Jackson is returning from deep space where he was testing a brand new prototype interstellar spacecraft.  On his return, he tries to radio home, but no one answers, Earth is silent.  Jackson isn’t sure if his radio is broken or if there is a darker problem to blame.

The narration of Free Fall was done by Jeff Hays, and he does a superb job.  Hays is able to voice Jackson in such a way that the reader actually feels for him.  The story was short and to the point, but that didn’t stop Hays from being able to shine in his narration.

Any author who can write a sharp and to the point short story like Free Fall that actually makes a reader feel something must be doing something right.  Free Fall really made me feel hopeless for Jackson, and then hopeful again, then hopeless.  The cyclical take by Cawdron really took a toll on me, making me glad that the audiobook was only an hour long.

The key to writing a good short story is skipping most of the character development, but still showing the reader who someone is by their actions.  I didn’t have hours of being told who Jackson was and why he was chosen for this mission.  But I did quickly find out that he cares a lot, and that he is someone who does things methodically.  I’m always amazed when an author can accomplish this — and believe me, Cawdron does.

If you liked books like Andy Weir’s The Martian or Hugh Howey’s Beacon 23 then this book is for you.  Also, if you have a couple bucks, and area looking for a quick, hour-long audiobook that is full of emotion and sharp writing — you can’t miss with this book.

Jackson is an astronaut testing a prototype interstellar craft in deep space. When he returns home, there's no one to greet him. Earth has fallen silent. Now he must decide: stay in orbit, watching a dead planet roll slowly by beneath his windows, or land on Earth and fight for life.

Also by this author: Starship Mine, Anomaly, Retrograde, Maelstrom 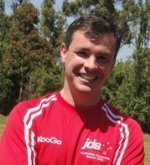 Peter is a fan of such classic science fiction writers as Philip K. Dick, Arthur C. Clarke, and Michael Crichton and their influence on his style and story lines are readily apparent. You can follow Peter on Facebook or Twitter or find him posting some interesting tidbit on his blog http://thinkingscifi.wordpress.com/