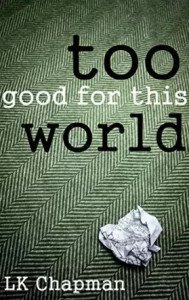 LK Chapman did it again to me, in this 40-ish page short story that can act as the prequel or the sequel to Networked.  The character was a new one, focused on someone who was deeply affected by the original release of the game.

The story was short and to the point, with no deviation for random events or problems.  It jumped back and forth from the past to the present weaving a quick story about love and loss and life.

A must read if you really enjoyed Networked by Chapman, but I wouldn’t read this as a prequel first — I would finish the full novel and then finish this later that day or the next.

Normally for a short story I always insist that it be longer, but this felt like it was the perfect length.

Two years after her husband’s death in a bizarre suicide pact between players of an online game, Imogen is still reeling and desperate for answers.

Struggling to cope with her loss and isolation, she is sure that the strange messages she starts receiving are a figment of her imagination. Except that before he died her husband claimed to have had unusual experiences while in the game- experiences where he had been linked to other people, and heard a voice, and controlled the game with his mind. He’d said that the game was more than just that- that it was a new way to live.

As the messages Imogen receives become harder to write off as a trick of her mind she begins to think the unthinkable. Could it be possible? Could her husband still be alive?

Too Good for this World is a short story that will raise questions you’ll definitely want answered, and can be read as a prequel or sequel to LK Chapman’s debut novel Networked.