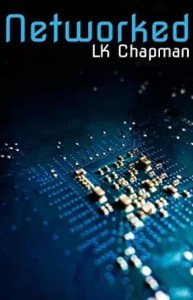 A page turner that made me re-think a few things in my life.

This book dove right into it.  There were only a few chapters in the beginning that I wasn’t sure the direction the book was going to take. But once the action started it didn’t let up.  I read this book over two nights (where I should have been sleeping), but I just couldn’t put the book down.

There is some violence, sex,  and a lot of (really well researched) depression in the book.  The depression is written so well that if you or know someone who has dealt with depression those scenes will be a little rough to read.  Don’t get me wrong, I still loved the book, but it was hard to delve back into life with someone who was similar to one of the characters in the book.

Chapman grabs you from the beginning and won’t let go, this book is a great technothriller and a quick read if you can’t put down a page turner.  It even had me looking over my shoulder during the two nights that I read it. I was able to figure out a little bit about the main antagonist earlier in the book just by some subtle clues that she gave out about him, but a lot of people will be shocked to discover what the main character discovers in the end.

Speaking of the end, (don’t worry I won’t give any spoilers here), I was a little worried as I got closer and closer to the last page that the book was not going to end the way I had hope. But in the end I was glad that it finished the way it did.  This book gave me closure and that says a lot with the way some books are written today.

I would recommend this book to people who enjoy video games, coding, design, and anyone who like a good old fashioned page turning thriller.

They thought it was just a video game, but it’s not. Someone is out there. Watching.

Nick is somebody who needs his life to change. Exhausted, broke, and cracking under the pressure of trying to hold everything together, it begins to seem like there is no end in sight. Then the video game he’s spent two years developing alongside his best friend Dan mysteriously disappears to be replaced with something new, something better, something finished.

Initially unsure whether to release the game, Nick makes a snap decision when he learns of the impact that his struggles finishing the game are having on his wife, Lily, who has a history of depression. Before long, positive reviews and sales come rolling in, but Nick finds himself in a worse position than ever before. Because the game is not content to simply be played. It wants to change, it wants to grow, and most disturbing of all, it seems to want something from them. 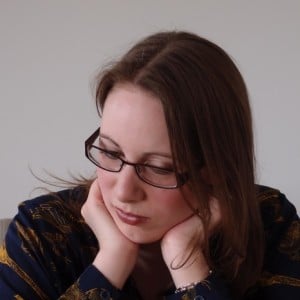 Louise Katherine Chapman was born in Somerset, UK, in 1986. She studied Psychology at the University of Southampton before working as a psychologist designing personality questionnaires for a consultancy company.

She published her first book, Networked, in 2014- a science-fiction novel that challenges what it means to have a human life; calling into question our ideas about happiness, mortality and the meaningfulness of our existence. In the story, LK Chapman draws on her own experiences of depression- and in particular how it affects a romantic relationship- to inspire the fictional account of depression that runs through the book.

LK Chapman lives with her husband in Hampshire, UK. She is currently working to promote Networked, and plans to write more novels in the future.