Welcome to Brian’s Book Blog’s weekly New and Notable Post for the Week of January 26th.

Transferred to the coastal town of Merit, police officer Leonard Riker uncovers the horrible reality of an enormous thresher shark lurking off the coast. Forty feet in length, it has taken a territorial claim to the waters near the town harbor. Armed with three-inch teeth, a scythe-like caudal fin, and unmatched aggression, the beast seeks to kill anything sharing the waters. 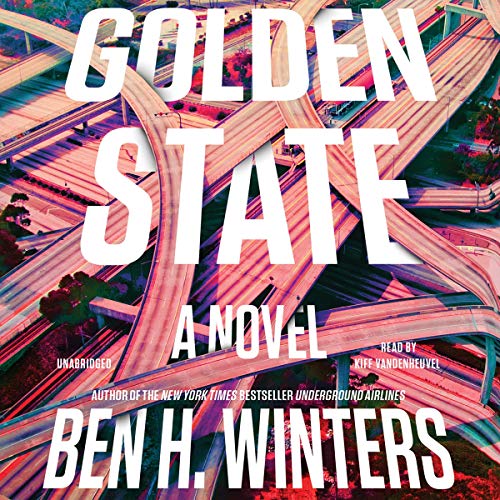 From award-winning New York Times best-selling novelist Ben H. Winters comes a mind-bending novel set in a world governed by absolute truth, where lies are as dangerous as murder.

In a strange alternate society that values law and truth above all else, Laszlo Ratesic is a 19-year veteran of the Speculative Service. He lives in the Golden State, a nation standing where California once did, a place where like-minded Americans retreated after the erosion of truth and the spread of lies made public life and governance impossible.

In the Golden State, knowingly contradicting the truth is the greatest crime – and stopping those crimes is Laz’s job. In its service, he is one of the few individuals permitted to harbor untruths, to “speculate” on what might have happened.

But the Golden State is less a paradise than its name might suggest. To monitor, verify, and enforce the truth requires a veritable panopticon of surveillance and recording. And when those in control of the facts twist them for nefarious means, the Speculators are the only ones with the power to fight back. 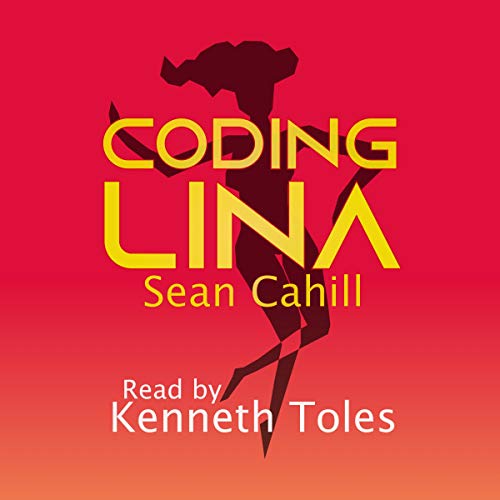 She’s an artificial intelligence, and right now she’s as smart as a four-year-old child.

The engineering team at Vandark Software is gearing up for a major release.

Most people on the team think that Lina will lead mankind into a golden age of science, medicine, and technology.

A few people fear that she will automate too many jobs and thereby upset the global economy and plunge the entire planet into recession, chaos, and war. 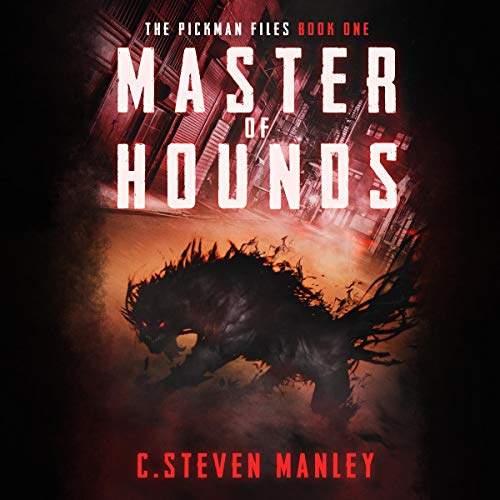 Clint Mercer is about to get a crash course in magic.

After he barely survives an attack on the hospital where he works, Clint is quickly recruited by the brilliant but often unstable wizard Arlo Dandridge.

Working on behalf of the mysterious Pickman Institute, the two men soon find themselves in a race to recover an ancient relic of deadly power before a centuries-old warlock and his cult of militant followers can beat them to it.

With the lives of an entire city on the line, failure is not an option.

Master of Hounds is the first audiobook in the Pickman Files series, a dark urban fantasy filled with magic, monsters, secret societies, and dark conspiracies.

Get yours now and keep the hounds at bay! 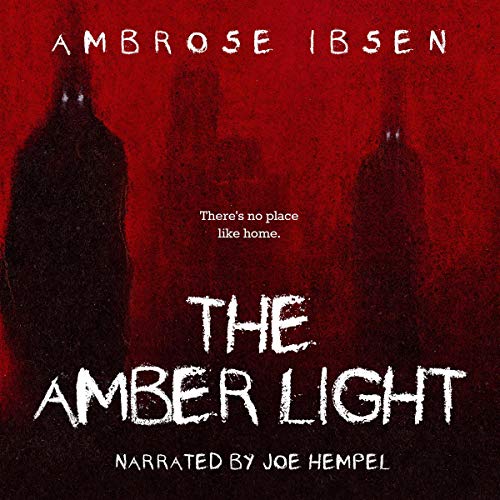 Some things are better left buried….

Kim’s curiosity reaches a fever pitch. Reaching out to the people who knew the Reeds, she ends up with conflicting accounts of their lives and habits. Nothing is making sense, and with every passing day, she becomes less sure of what she knows.

An unmarked grave just outside the woods. A series of revelatory dreams. A large, mysterious light fixture hiding in among the trees.

When Kim switches on the amber light, she discovers the truth behind the disappearance of Marshall and Dakota Reed. Indeed, she learns far too much.

The Amber Light is the third novella in the Black Acres serial by Ambrose Ibsen. It contains adult language, scenes of horror, and a cliff-hanger ending. Listener discretion is heavily advised. 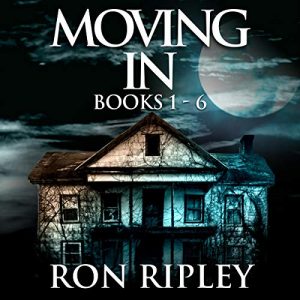 “Iron…and…salt,” whispers the old man. The dead old man. “Hurry or it will be too late….”

In a bid to escape the stresses of city life, Brian Roy moves his family out into the country, a decision that will forever thrust him into the chilling world of ghosts….

This digital box set contains all of the six thrilling supernatural novels in this best-selling series:

Moving In: The utopia of a peaceful country oasis is brutally shattered when Brian discovers a dead body in the woods, and his home has been infiltrated by murderous ghosts. Perhaps this wasn’t the change he was looking for, but Brian prays that he’s up to the challenge.

The Dunewalkers: William Engberg moves into a house by the shore to escape his tragic past. Unfortunately, he finds a legion of unwanted guests in his new home: ghosts. Determined to beat them, he enlists the help of ghost hunter Brian Roy, who is armed with a rare journal on how to vanquish the dead.

Middlebury Sanitarium: Brian Roy leads a successful ghost hunting organization called The Leonidas Group, but he may have finally met his match against the evil spirits lurking in Middlebury Sanitarium. Encountering everything from a vengeful king to lost souls still fighting WWI, Brian and his team have their hands full.

The First Church: In his latest adventure, Brian Roy will fight the ghosts of headless Japanese soldiers wreaking havoc in a New Hampshire church. They have indiscriminately murdered and maimed everyone from children to police officers, and the ghosts’ thirst for vengeance is as insatiable as their thirst for saké.

The Paupers’ Crypt: Brian Roy succumbs to the stress of his job and gives himself a break by taking up work as a superintendent at Woods Cemetery. At first, he couldn’t be happier…until dead people rear their grisly heads and grasping hands, pulling him back into his old job of ghost hunting.

The Academy: Brian’s exhaustion is deeper than ever before. But when he finds out his cousin Mitchell, the principal of the academy, is running into some ghostly trouble, he races against time to stop them. 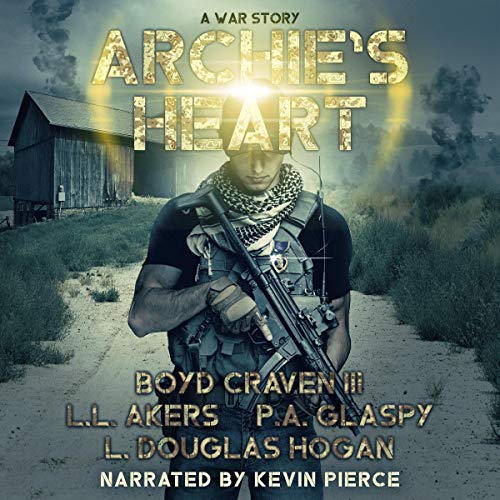 In a world of stolen liberty, a soldier’s valor becomes a symbol for the fight for freedom. 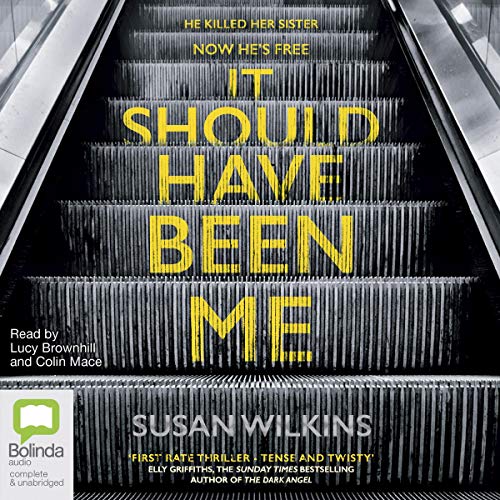 It Should Have Been Me by Susan Wilkins
Narrated by Lucy Brownhill, Colin Mace
Bolinda Publishing Pty Ltd

A miscarriage of justice could have deadly consequences in this taut and pacey psychological thriller.

She thought she knew everything about her sister. It seems she was wrong….

DC Jo Boden was 11 years old when her older sister, Sarah, was brutally murdered during her first year at university. Her boyfriend, Nathan Wade, was convicted of the killing.

Now, 15 years later, Wade is being released on licence, and documentary filmmaker Briony Rowe says she can prove his innocence.

The Boden family has never recovered from the tragedy, and they have always been certain that Wade is guilty. But Jo, who grew up believing her sister was perfect in every way, starts to question the evidence which put Wade behind bars. And perhaps Sarah harboured some very dark secrets of her own…. 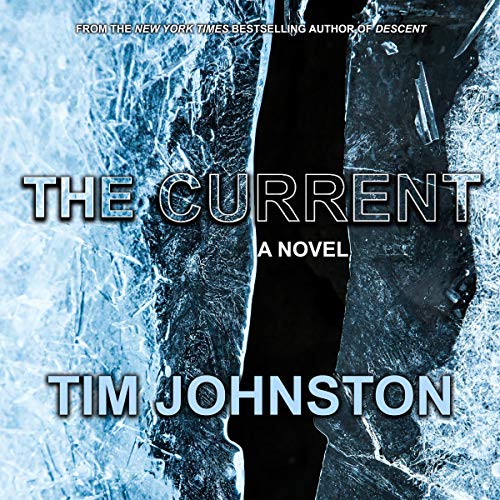 In the dead of winter, outside a small Minnesota town, state troopers pull two young women and their car from the icy Black Root River. One is found downriver, drowned, while the other is found at the scene – half-frozen but alive.

What happened was no accident, and news of the crime awakens the community’s memories of another young woman who lost her life in the same river 10 years earlier and whose killer may still live among them.

Determined to find answers, the surviving young woman soon realizes she’s connected to the earlier unsolved case by more than just a river, and the deeper she plunges into her own investigation, the closer she comes to dangerous truths and to the violence that simmers just below the surface of her hometown.

Grief, suspicion, the innocent, and the guilty – all stir to life in this cold Northern town where a young woman can come home but still not be safe.

Brilliantly plotted and unrelentingly propulsive, The Current is a beautifully realized story about the fragility of life, the power of the past, and the need, always, to fight back. 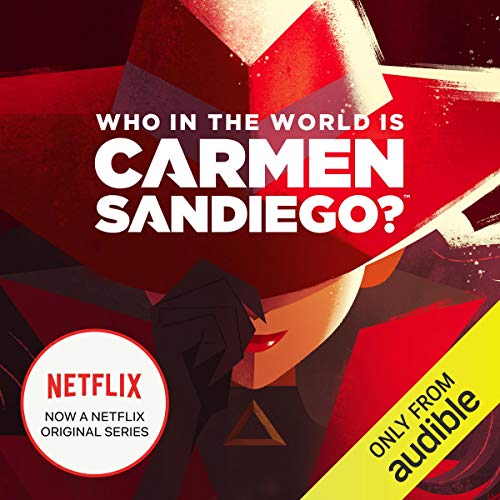 Who In The World Is Carmen Sandiego? by Rebecca Tinker
Narrated by Kyla Garcia
Audible Studios

The globe-trotting thief in the red fedora returns! And now, the question isn’t where—but who? In the role of Carmen Sandiego, award-winning performer Kyla Garcia reveals, for the very first time, the backstory of the ever-elusive master criminal whose whereabouts captured the imaginations of children everywhere— through educational video games, animated series, and a popular PBS “gameshow” for middle schoolers in the 1990s.

In this novelization based on the new Netflix animated series, you’ll discover there’s even more to the story. More action, more details, more twists. And you’ll hear from Carmen Sandiego herself how the mastermind behind some of the most audacious capers ever conceived became the best thief on the planet. Don’t miss your chance to learn who in the world is…Carmen Sandiego.