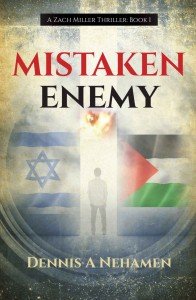 An introduction to Zach Miller

Zach Miller has to travel way out of his comfort zone in this novel, and is forced to see some things that he wasn’t expecting to see.  How far would you go to do the right thing? Or fix a problem, conflict, or idea if you could?

This is one of those books that sometimes you wish you could read faster.  And I’m a pretty fast reader as it is.  Nehamen has a way of writing the action and suspense in such a way that you feel like you are almost going through it with the character.  Instead of watching him go through it.

I started this book quickly and dove into the story.  Miller was an incredibly likable character who at times seemed to be at a loss for words and what to do.  It takes a pretty unique take at the Israeli and Palestinian issues that are plaguing the area, but at the same time doesn’t make it feel like you’re reading a book on policy either.

I understand that this was just the first book in what I assume will be a long career for Zach Miller’s character, but there was a lot “left on the table” too.  Miller goes through and alludes to some things that don’t really feel resolved.  I’m sure this was done on purpose to keep the reader engaged and ready for book 2.

Overall, I really liked Nehamen’s style when it came to the action and getting into Miller’s head.  There were a few parts that I felt like it went from a big high and rollercoastered into a bit of a lull.  But, the mix of action and storytelling were well done.

A Story Exploring Both Sides of Fate

Free-lance writer Zach Miller doesn’t mind going the extra mile for a good story, but 7,500 miles is a bit more than he bargained for. Nevertheless, when his closest friend fortuitously points the way to Israel, reluctantly he goes.

In the caldron of intrigue, politics, and terrorism that is the modern Middle East, Zach uncovers a plot—one that potentially threatens the lives of perhaps millions. His problem? There are two sides to every coin, and at least two sides in every war. But in this kind of conflict, information is a commodity, and misinformation, a weapon. Zach might be the unexpected emissary, the man with an answer, but sadly, neither side trusts him. Worse still, both sides will do anything in their power to stop him.

Far from home, in a strange and at times incomprehensible land, Zach has no resources other than his own ingenuity…and a desire to be on the side of truth. That might be too tall an order in an encounter where both combatants are dead certain that there is only one truth: theirs.

Mistaken Enemy, the first of the Zach Miller Stories, is a heart-racing account of hate, revenge and destiny, ultimately testing the boundaries of human love and will. 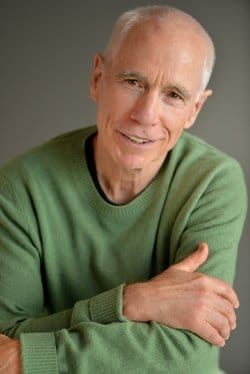 Unintentionally, I must have acquired a reputation as the psychologist of last resort… over the years my colleagues kept sending me the most bizarre, challenging, eccentric and thrilling cases. The outcome was that I ended up with a practice composed of some of the most fascinating and intriguing individuals. In the end this vast, unpredictable and eclectic group of people not only compose many of the characters for my stories but also, in many cases they influence the path the stories themselves take.

I’m frequently asked if my tales are true…and I answer the same. No. Then I hedge my reply: Many are 97% true, though the names, dates, locations and other private details have been altered to abide by the rules of confidentiality. Then again, some are adaptations and amalgamations of stories I’ve heard from clients over the years. What matters most is that these jewels are–certainly I hope for them to be–inspiring to the human spirit, insightful to the universal human condition, and instructive to humans living a fulfilling existence.

When I’m not in my office or writing, I spend my time with my family, hiking, and practicing yoga (an ancient art form sadly underappreciated by modern psychology).

You can reach me at http://www.dennisnehamen.com.

I love to hear from readers, and I do my best to reply to every email, as time allows.