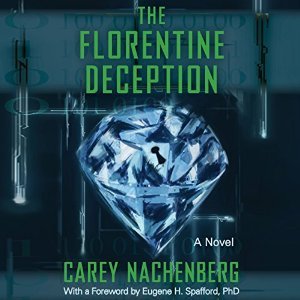 A scary technothriller that feels like non-fiction, which is terrifying.

Alex Fife is a multi-millionaire former computer virus buster.  He’s also a fan of a good treasure hunt.  The Florentine Deception is the perfect combination of both of these worlds.  Mixing in old school treasure hunting with new school computer technology, The Florentine Deception weaves in and out of some amazing (and terrifying) worlds that feel more like non-fiction than fiction.

The narration was done by Nick Podehl, and holy crap does he kill it.  I honestly think I’ve listened to a book or two narrated by him before, but I will definitely be checking him out in the future.  The characters were 100% believable and the voices he gave them were very fitting for each character.  Even the female voices were pretty good, which isn’t easy to accomplish as a male narrator.

I consumed this book like it was real.  Alex Fife and the situations that he gets himself in were just crazy.  But the scariest part was that everything that Nachenberg wrote is totally plausible.  That’s what makes The Florentine Deception so scary.

Alex was so incredibly likable as a character.  The way he was written made me really like him and all of his interactions with the other characters in the book.  His roommates and friends were all the perfect additions to his life.  Not one single person felt out of place in this novel.  A feat in itself.

The techno/computer things in this were written by someone with A LOT of knowledge, but they are easy to read.  They don’t read like a computer manual or anything.  It’s actually borderline elegant.

I won’t spoil anything for you, but I was extremely pleased with the ending.  A few times throughout I wasn’t sure how it was going to end, but I was happy with the choice that Nachenberg went with.

Overall, a wonderful technothriller that was full of twists and turns that had me begging for more. Nachenberg is a name to remember, especially when it comes to mixing reality with our new computer-oriented world.

I was given a free copy of this by the author in exchange for my honest and unbiased opinion.

After selling his dorm-room startup for millions and effectively retiring at the age of twenty-five, Alex Fife is eager for a new challenge. When he agrees to clean up an old PC as a favor, he never expects to find the adventure of a lifetime waiting for him inside the machine. But as he rummages through old emails, Alex stumbles upon a startling discovery: The previous owner, a shady antiques smuggler, had been trying to unload a mysterious object known as the Florentine on the black market. And with the dealer’s untimely passing, the Florentine is now unaccounted for and ripe for the taking. Alex dives headfirst into a hunt for the priceless object.

What starts out as a seemingly innocuous pursuit quickly devolves into a nightmare when Alex discovers the true technological nature of the Florentine. Not just a lost treasure, it’s something far more insidious: a weapon that could bring the developed world to its knees. Alex races through subterranean grottos, freezing morgues, and hidden cellars in the dark underbelly of Los Angeles, desperate to find the Florentine before it falls into the wrong hands. Because if nefarious forces find it first, there’ll be nothing Alex—or anyone else—can do to prevent a catastrophic attack. 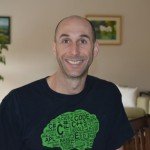 Carey Nachenberg is a leading cyber security expert and one of the authors of Norton Security – the world’s most popular computer security product. Mr. Nachenberg was named to Computerworld magazine’s “40 Under 40 – 40 Innovative IT People to Watch”, and awarded the The Wall Street Journal’s 2010 Technology Innovation Award for his innovations in the security field. Nachenberg holds a Master’s degree in Computer Science from UCLA, where he continues to serve as an Adjunct Assistant Professor. In his free time, he enjoys rock climbing at the local crags with students and friends.