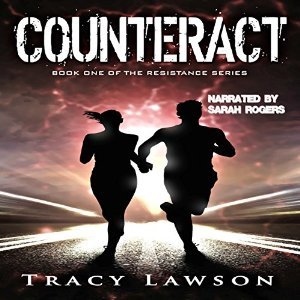 Counteract is a great addition to any YA Dystopian’s bookshelf.

The world is much safer than it was 15 years ago, at least that’s what the Office of Civilian Safety and Defense would like you to think.  There are basically no freedoms and you are watched at every turn.  Now, the OCSD wants to “protect the citizens” by coming up with an antidote to the poison that terrorists are releasing randomly into the atmosphere.  Needless to say, things aren’t all that they seem.

Counteract was narrated by Sarah Rogers, who has a really nice younger female voice which works perfectly with the protagonist of the novel.  A few times I felt like she sounded too young/childish, but that was only for scenes that were dealing with the adult antagonist characters in the book.  Overall, I felt like Rogers did a wonderful job and I was happy to listen to a book I had already read to see how it would sound (and what would change listening to someone else read it to me).

Counteract is a really nice addition to the young adult/YA Dystopian scene.  The characters were well hashed out and incredibly likable.  I’m always happy when an author (especially a new/indie one) can write such strong characters that drive the rest of the book.  There are numerous antagonists that Careen and others must fight against, and they are really well described.  You definitely find yourself rooting for Careen throughout.

Following the two main characters, I wasn’t sure what was going to happen.  Another trait that is rare in a first book in a series.  Usually, I can tell within the first 100 pages how the story is going to end (or not end).  This book had me surprised around every corner.  Lawson is going to be one of those authors to watch in the near future for sure.

Overall, the story was enticing and enthralling enough to be enjoyed by an adult, but I could really see the draw for a YA.  It’s always great when YA stories can be enjoyed by adults and young adults.  I think that the writing was aimed more at young adults (there were a few times that I felt like things were simplified for a younger reader), but this didn’t take away from the story at all.

I don’t know if this will be the next Hunger Games or Divergent, but it has the qualities to become something that strong.

Who do you trust when your world unravels and everything you believed is a lie?

For the past fifteen years, The Office of Civilian Safety and Defense has guarded the public against the rampant threat of terrorism. Teenagers Tommy and Careen have never known life without the government-approved Civilian Restrictions. For them, there’s no social media. No one is allowed to gather in public places or attend concerts or sporting events. Only a small, select group of adults have driving privileges. It’s a small price to pay for safety.

Now a new, more deadly, terrorist threat looms: airborne chemical weapons that can be activated without warning. The OCSD is ready with an antidote to counteract the effects of the toxins. Three drops a day is all it takes. It’s a small price to pay for health.
Tommy and Careen obediently take the antidote; neither considers stopping when strange things begin to happen. The day the disaster sirens signal the dreaded attack, Tommy shares his last dose with Careen, even though doing so might hasten his death. It’s a small price to pay for a friend.

Follow Tommy and Careen as they uncover a web of lies and deceit reaching to the highest levels of the United States government and join an underground resistance group that’s determined to expose the truth. 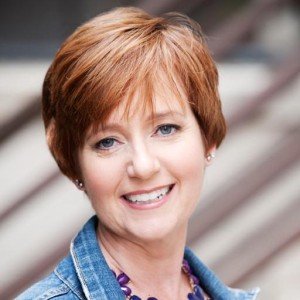