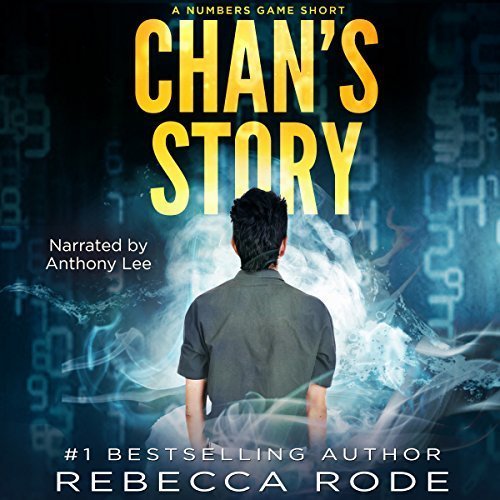 A well-written intro to the Numbers Game Series

Chan’s Story is an introduction to Chan who I believe is the main character in the Numbers Game series.  It started off with a game that could make or break his life and goes from there.

The narration for Chan’s Story was done by Anthony Lee who does a really nice job.  Though the book was pretty short, I really felt like Lee became Chan.  It just seemed to work for me.  The quality was good with no issues at all on my end.

Chan’s story was short.  I knew that going into it, but I was surprised at how quickly the story ended.  To put it simply, this is a great introduction to the Number’s Game series (I haven’t read any of those books, but I’d assume that this leads into a lot more of the story there).  Chan’s Story was a simple story about Chan and how he gets to where he gets.  There is some action in the beginning and then a pretty straightforward movement from there.

Overall, Chan’s Story was interesting and may peak some of your interest in the rest of the stories.  If you weren’t sure if you were going to enjoy the other Number’s Game stories — I think that this would be the perfect lead-in.

In this companion story to Numbers Game, Chan Norwell comes from the perfect citizen family. His mother is chief of the city monitor force, his brother an all-star, and his sister a prodigy--which leaves little wiggle room for a nobody like Chan. He is determined to have his time in the spotlight at last. But he doesn't expect things to go so horribly wrong. Alone, dishonored, and humiliated, Chan can only see one way out.

When he meets Maizel, a brilliant redhead determined to follow in her mother's suicidal footsteps, he sees his life for what it really is . If Chan can find the courage to try one more time--if he can save Maizel--maybe there's a chance he can also save himself.