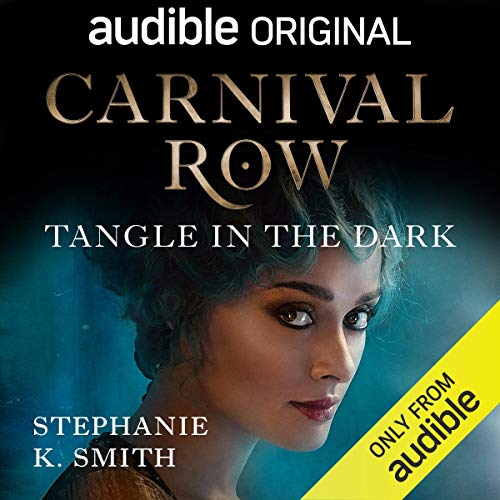 As I have alluded to many times in these reviews, as well as the obviousness of it, I am a dork who loves all things sci-fi, fantasy, horror, thriller, etc. So, when I saw the first trailer for Amazon Prime’s new show, “Carnival Row”, I was immediately intrigued…then I saw more.

Now, don’t get me wrong: I don’t dislike Orlando Bloom. But…I don’t necessarily like him, either. Let’s just say I am thankful for his appearance as Legolas and leave it at that. The fact that he was shown front and center next to the rising star of Cara Delevingne left me with a sense of, “OK…?”

Well, long story short, I watched the show for the reasons I checked above. And let me say, I was hooked from the first ten minutes. While I won’t say it was the best thing to watch this year, it was, however, still exceptionally good despite the few things I mentioned above. As a matter of fact, I shoud confess that the things I didn’t check above were things I did enjoy throughout the show…Bloom included.

So, when the Audible promotional email went out last month and there in the list was an exclusive short based on the show, I plopped down my credit and went to listen.

The story is told exclusively from the perspective of one of the supporting characters, Tourmaline Larou, who is one of the “fae” types of mythological creatures from the show. In this short, we get the backstory of this enigmatic character who quickly became a fan favorite on the show.

Tourmaline’s story starts out just before the start of the show, but then jumps back four years to see how she got there. Her life was one of academic leisure where she was studying poetry at the university in Tirnanoc, which is the land all of the mythological creatures had come from before having to evacuate (see show for details). At the university, she meets a young fae from the country, Vignette Stonemoss (Cara Delevingne), who is rough and completely at odds with the lifestyle Tourmaline has set up. Through the course of this short, we see their relationship grow, change, strengthen, and fall to challenges. Throughout it all, while we see the growth of one of the headlining stars of the show, it is the progression of Tourmaline we experience viscerally. It is a tumultuous three hours we spend with the character and we end up the better for it.

Stephanie K. Smith takes us on a personal journey of this character. Their skill in writing such a story while not being the writer of the series speaks of incredible skill and talent. Plus, with the voice talents of the actress who played Tourmaline in the show, Karla Crome, we are given such insight to the character that it makes the recollection of their scenes so much more poignant and deep. I watched the show first, and I’d recommend that, but even if you do it the other way around, your feelings for this character’s plight in the show will grow exponentially. With Stephanie now the Executive Story Editor for season 2 of the show and Karla reprising her role, I expect this relationship forged in creation of this book will translate exceptionally well to the screen.

Tourmaline Larou lives an idyllic life of learning by day and partying by night. An aspiring poet, her future promises nothing less than brilliance. Then, Vignette Stonemoss walks through the door, and Tourmaline’s world is upended. As she struggles to understand the effect this stranger has on her, Tourmaline and her fellow fae face a looming threat from the human world. War is on the horizon, and their very existence is at stake. And Tourmaline will discover whether love will save her—or destroy her.

Carnival Row: Tangle in the Dark is set in the world of the Amazon Original series Carnival Row, created by Travis Beacham and René Echevarria. Carnival Row is available only on Amazon Prime Video.

Checkmate Charlie (The Dragon Mage #9) b