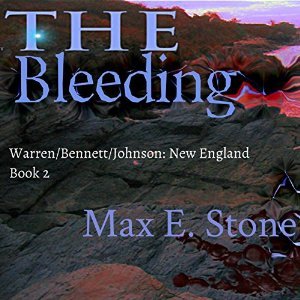 Who do you trust?

Noah Michael Levine provides the narration for this story and does a really great job with it.  He voices the characters differently allowing the reader to follow along easily.  The quality of the recording and production were nice too. Really well done.

I don’t know if it’s because I picked this story up after the first one or if it was something else, but I found this book to be missing something.  I’m not even really sure what it was missing, but it just felt like I was definitely not there.

I think that part of it is the way that the author introduces and explains characters.  I felt lost for a while until I was able to piece some things together.

Looking past these issues the book was an interesting mystery and thriller.  Lots of drama and dramatic elements dragged the story out and kept me on the edge of my seat.

Overall, this book wasn’t a typical genre/series that I would like, but it had enough elements in it that it grabbed and kept my attention throughout.

How does a maximum-security inmate commit a murder on the outside? The answer is more terrifying than you think.

Derek Warren is smooth, charming, and a master manipulator.

But is he a killer?

If so, how is the former businessman committing murder from a maximum-security prison cell?

And what, if anything, does he have planned next?

Detective Stephen Bennett is sure he has the answers to these questions.

But the path of dead bodies leads him to a truth far more disturbing than he suspected….

My name is Max E. Stone and my characters tell me what to do. Not the other way around. Sound weird? I don’t think so.

I’ve been writing and studying the subject since the age of nine. I put my life into the New England series and am still working at it. Hardships in my teen years shaped my words as I further delved into the craft and everything it entails. I understand how powerful the pen can be and believe that my job is to speak for as well as entertain the people.