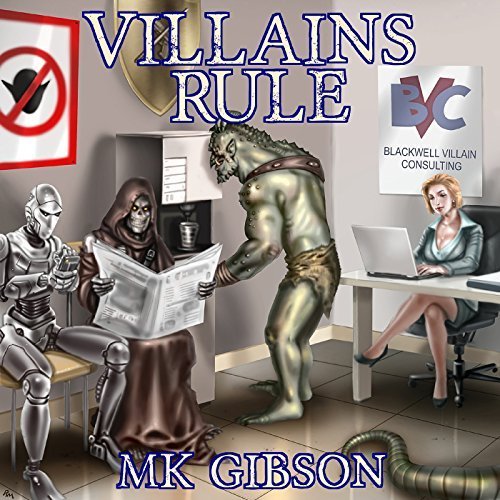 A Hilarious Take on Villainy

I’m not a big Fantasy fan, but when it comes to the ability to pick on yourself, the genre you’re in, and the whole premise of most fantasy stories made this book pretty great in my opinion. In Villains Rule, Gibson was able to write a story that was entertaining and hilarious at the same time. I found myself laughing deep into the night listening to this trying to finish it.

The story itself follows a villain who is out there to help other villains be better villains (I know there are too many uses of the word villain in the last sentence).  Listening to the first chapter or two, I wasn’t sure what I was getting myself into, but as I got into the story I totally fell for the pitch that Gibson was throwing. He was a great villain and becomes an… I won’t ruin the story.

Honestly, I haven’t laughed this hard at a book that wasn’t directly billed as a comedy in a long time. Gibson’s writing mixed with Kafers absolutely excellent performance made this one of the best books I’ve read this year.  The story itself was funny, tragic, and interesting from beginning to end. I didn’t see a lot of the plot twists coming and it surprised me more than I was expecting.

Overall, Villains Rule is a book I won’t likely forget for some time to come. Easily one of the top books I read in 2017 and probably one of the best fantasy books I’ve ever read since it’s not a genre that I love.

Villains Rule has a little something for everyone. Kafer’s performance really puts it over the top and makes it even more enjoyable. If you’re a fantasy fan I think you’ll enjoy the plot but you’ll also like the digs at other fantasy stories and plotlines. If you like comedy you’ll definitely chuckle and laugh throughout. If you enjoy fiction – this has lots of that too! But, seriously, this book could be enjoyed by anyone who likes a good story.

Yes, I am talking to you, the reader of the this book’s description. It’s rude not to answer a person when they ask you a question. OK, I get it, 4th wall breaking is overdone. Get over it. This book, Villains Rule, is a fantasy action-comedy which you have to read. Not because it redefines the genre, far from it. But rather for what it contains. A villain’s tale.

How often do you get to read a story where the villain is the protagonist? No, not an anti-hero, or a brooding monster, nor a hero thinly disguised as a villain. And not evil. If you want evil, take that nonsense to therapy. No, I mean a villain’s villain. The ones who use their power because they can, while morality is only a philosopher’s complex.

This is the story of Jackson Blackwell, the Shadow Master and the top villain adviser. Sadly, even the top villain occasionally gets double-crossed. Trapped in one of the fantasy realms, Jackson has to use his skill and wits to exploit the rules, points out the genre flaws, undermine godly authority, and win the day.

Because, that is what villains should do, shouldn’t they? Read this book, have a few laughs, and find out. 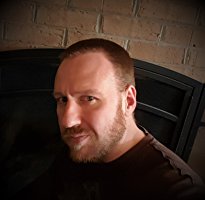 Hi, I’m Mike Gibson (Gib or Gibby to my friends). I’m a father, husband, writer and a retired US Air Force MSgt with 20 years of service. Back in 1980, when I was 5, I saw the animated version of The Hobbit and was a geek from then on. All I have ever wanted to do was to write and tell stories.

On one of my walls at home, I keep framed rejection letters. Every so often I look at them to keep myself writing and also to remind myself some people are idiots.

I live with my wife, son, 2 dogs and cat in Mt Airy, Maryland.

I love to read, play video games, exercise and watch movies. I’m a lover of all things geek and I’m a highly opinionated, socially/politically neutral person. I feel those who live and die by a brand, or party, are doomed to fail as human beings. I also mock those who refuse to let go of the Oxford comma.

In short, I’m an asshole. Yet, a lovable asshole. I hope.

One thought on “Audiobook: Villains Rule by M.K. Gibson (Narrated by Jeffrey Kafer)”