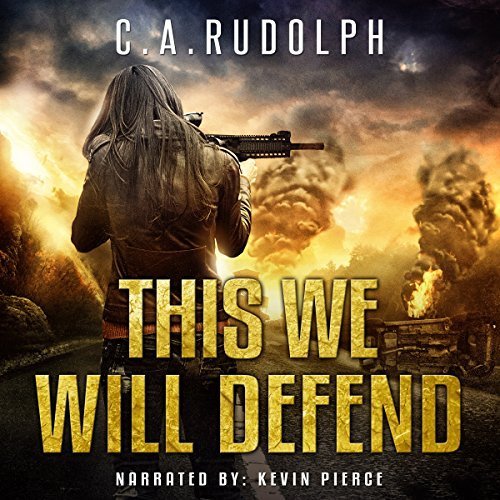 A Story of Growth

For the first part of the book I had a hard time figuring out who was who and trying to remember who these people were and why I cared about them (sometimes it’s hard to know if you should put a “previously in ___” in books like these.  Depending on how long it’s been since people read book 1 to book 2 it can be troublesome. But, after I got into the book and figured out who was returning and who was new the story picked up the pace for me.

Rudolph is a great storyteller and this story was a breeze to read even being a lot longer than the typical post-apocalyptic fiction I read.  He was able to switch between stories without causing much confusion.  And he is able to make you care about these fictional characters in a way that other authors should envy.

I like to try and write out about the different characters when I can but there were too many to list here, but know that Lauren and her growth as a person and a character is central to this story.  Thankfully, she’s easily one of my favorite characters in any story, so that made this book really enjoyable for me.

Overall, This We Will Defend was a good story with a little more meat on its bones than the last book.  I would bet that more people are happy about the longer runtime (or book size) at the end of this since Rudolph is able to really fill this book with character growth and a good story arc.

Kevin Pierce, as always, does a wonderful job on the narration and brings life to these characters.  Male or female — listening to Pierce’s narration of the world ending just has the perfect ring.

This We Will Defend by C.A. Rudolph
Narrator: Kevin Pierce
Length: 12 hrs and 1 min
Series: What's Left of My World #2
Published by Self Published on August 9th 2017
Genres: Post-Apocalyptic, Thriller
Pages: 346
Format: Audiobook
Buy From Amazon

For a brief period after the world changed forever, the self-reliant community of Trout Run Valley managed to avoid conflict. They practiced subsistence, and found safety and security within their numbers. As the post-apocalyptic timeline moved forward, it began to spiral downward. Takers had made their presence known, and their malevolent intentions clear, transforming the once benign community into a violent battleground.

In What's Left of My World, a precarious surprise attack had left the community in a state of repair and reevaluation. Even now as the community rebuilds and continues their livelihood, a new, more sinister enemy is lying in wait, and it poses a threat more dangerous than anything the community has encountered before.

A fight is coming to Trout Run Valley, and every person living there knows it. Previous encounters with their new enemy had foretold the tale. Before the collapse, Lauren Russell had learned many skills necessary to fight and to survive. Her father had made certain that she'd been trained to be a warrior. In This We Will Defend, in order to preserve her way of life, along with the lives of everyone she knows and loves, she will have to become one.

C.A. Rudolph is a self-published author who lives and writes within the pastoral confines of the northern Shenandoah Valley of Virginia where he spends most of his limited spare time engaged in outdoor activities such as hiking and backpacking, camping, fishing, and shooting.

His first book, What’s Left of My World, was published in December 2016 and became an Amazon post-apocalyptic and dystopian best seller.