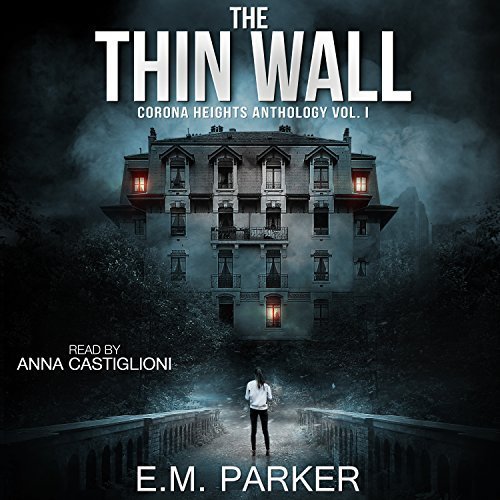 Fiona Graves was arrested for drunk driving while having her son in the car. Her alcoholism was taking over her life and that was her lowest, so she entered rehab. Her husband got full custody of their son and moved. Now 2 years later and Fiona has moved closer to her son and found an apartment in Corona Heights. Seems ideal because of where it’s located and how cheap the rent is, but this apartment isn’t all it seems and Fiona is experiencing some strange things.

I loved this book! Fiona is a deeply flawed character but is determined to change her life around. Alcohol has ruled her life but when she is caught with her son in the car while intoxicated, it was her lowest point. I admired the fight she put into staying sober and loved how good the author wrote those parts. My father is an alcoholic and I’ve seen him try to stay sober, so everything the author wrote about this resonated with me. It made me feel more for Fiona because her son was more important to her than anything, and she kept that focus when she thought about relapsing.

In all, this was a suspenseful, exciting and entertaining read. When I started it, I was immediately drawn into the world and became invested in the characters, both Fiona and Olivia. My heart broke for the two of them, Olivia because of the way she was treated and Fiona for her battle to be part of her son’s life again. I can not wait for the next in this series!

Anna Castiglioni brought the creepiness of the apartments to life! She captured the atmosphere perfectly and gave me chills. Her tones and voices were really easy to define and she gave each character their own personalities. She portrayed Olivia perfectly too!

Corona Heights is more than an apartment building. Some believe it is haunted. Others feel it is cursed. None have been willing to confront the terrible secret hidden within its walls. Until now.

Fiona Graves is the building's newest resident. She has given no thought to the darkness of its past. She only wants a place to call home while she begins to rebuild her life. But it will not be that simple. Life in Corona Heights rarely is.

There is something buried inside the walls of her apartment; a secret so horrific, so terrifying, that no one has dared speak of its existence. No one except for Olivia Shelby, the 10-year-old girl who lives next door. Fearing for her life, Olivia is desperate to confront the horrors of Corona Heights, and she has chosen Fiona to help her.

Faced with deadly supernatural forces far beyond their understanding, Fiona and Olivia must reveal the frightening truth of what Corona Heights really is, and the darkness that has, up until now, been safely contained within its walls.

But the pair will quickly discover that Corona Heights is good at keeping its secrets, and it will not surrender them without a fight.

Vol. I of the Corona Heights Anthology

E.M. Parker’s obsession with paranormal fiction began at the tender age of eleven when he was gifted a children’s copy of Edgar Allan Poe’s The Masque of the Red Death. It blossomed a year later when an ordinary trip to the library resulted in an extended stay in Stephen King’s Pet Sematary. And now it is on full display in his debut novel.

THE THIN WALL is the first story set in Corona Heights, an apartment building with as many dark secrets as it has tenants. Having thoroughly mined its shadowy corridors, E.M. knows that for every one of those secrets, there is a new story waiting to be told.

He lives in Denver, CO with his wonderful wife and son. And he is always on the lookout for new ways to feed his obsession.

One thought on “Audiobook: The Thin Wall (Corona Heights #1) by E.M. Parker (Narrated by Anna Castiglioni)”