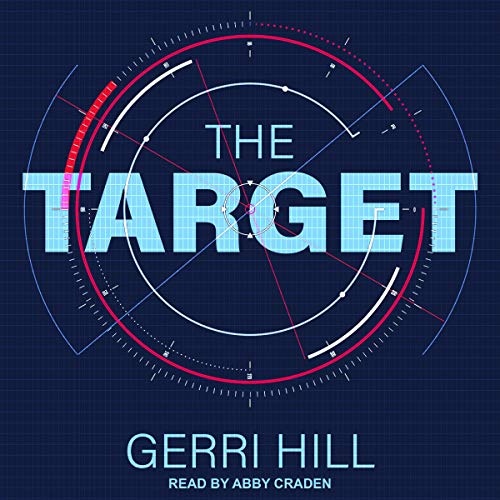 Gerri Hill, known for her FF romance novels was able to write a mystery/thriller with FF parts of it.  I kept trying to figure out if this was going to be a full-on love story romance or a thriller.  It seems to be both.  There were cutesy flirtatious moments followed by intense action. Writing that makes it sound like it would be a frustrating or unbelievable book, but it was neither. Hill was able to write a story that was interesting and felt completely different than other books in either genre I’ve read before. It seemed like every time I thought I knew what sort of book it was going to be it would change gears on me.

The story itself was an interesting one.  Basically a senators daughter has received death threats and instead of assigning a full detail to her, they end up sending a detective to infiltrate her woman’s only group. Writing it out sounds really cheesy, and it might be, but it was also enjoyable and entertaining.

Hill wrote the action scenes like a full on pro. And obviously, the romantic scenes were well written, too. The pacing was also well done.  It would speed up and slow down multiple times giving you that roller coaster feel.  The most interesting part was the “will they” aspect of it.  There were even a few times when they were basically saying that (more of a “should we” than a “will we”). I thought that it added a lot of tension and suspense to the book and made for an entertaining read.

Hill was able to pull this sort of book off. I wasn’t sure and honestly had I gone into it expecting a love story or a thriller/suspense I think I would have been happy from either side.  It was a well written thriller with romantic aspects to it, or a well written romance book with thriller aspects to it. That’s not easy to do.

The narration in this is really well done.  It was emotional without being fully acted out. It was one of those books that was an absolute breeze to listen to. I also have to applaud Tantor for the revamped audiobook cover. While the books cover isn’t bad – this one definitely caught my eye.

Sara Michaels is the daughter of a prominent senator who has just announced his candidacy for President of the United States – the same senator who has been receiving death threats against his family.

Sara Michaels is also the owner of a self-help clinic and is hell-bent – despite the FBI’s warnings – on leading a group of 10 women on a two-week sojourn through the Rocky Mountains.

In an effort to protect Sara, the FBI recruits homicide detective Jaime Hutchinson to infiltrate the group and secretly provide the protection they are so certain Sara will need. After some clever maneuvering, Jaime finds herself welcomed by the 10 conservative women – who soon begin playing matchmaker with Sara and Jaime.

But then Jaime is reminded of the reason that she has joined this group of women when she’s forced to lead them out of the mountains and away from a sniper’s bullets. Will Sara finally figure out who is behind the death threats? And will Jaime realize the truth – and be able to save Sara before it’s too late?