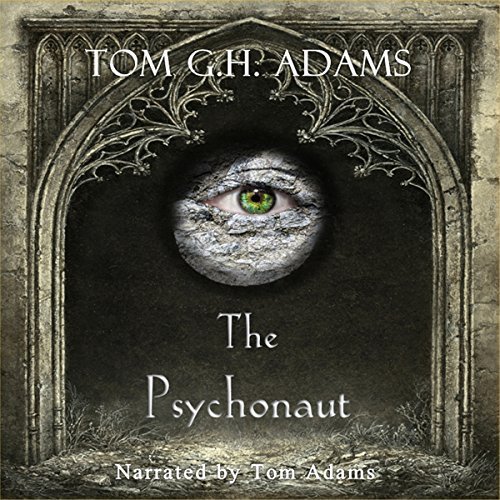 I fell right in the middle on this book.  I wasn’t sure how I felt about it and I took a couple days after finishing it to write my review hoping that I could wrap my head around whether or not I liked the book.  First off, as other reviewers have said – I would classify this book as Urban Fantasy.  This is not a genre that I read a ton of so I am not even close to an expert in what to expect from it – but I did enjoy some of the mystical and non-normal parts more than I expected.

Adams had an ability to draw me deep into this book and then proceeded to lose me.  This happened numerous times in the book – the opening scenes are graphic and I was like, well what the heck am I getting into (in a good way) – then the book slowed down again, picking back up later.  The up and down for characters, pacing, and all things Psyhonaut is one of the reasons I’m on the fence with this book.

I did read this book from beginning to end and I did find myself thinking about it after – so that’s a win in my book. But the entire book itself felt like it was missing something and I cannot put my finger on exactly what was missing

The character development in The Psychonaut is another thing that I’m on the fence about – some of the characters that I was supposed to like I found myself thinking, why are other people around him? He’s kind of a terrible person.

Unfortunately, as I stated earlier – Urban Fantasy isn’t always my cup of tea and I’m no expert – so my advice on this book should definitely be taken with a grain of salt.  I enjoyed parts of it and didn’t enjoy others. I think that some people would like this book while others would find it bothersome.  I don’t know which camp you’ll fall in but if you read this book, let me know what you thought.

The narration of this book was pretty good.  There were scenes that I found myself not really able to discern certain accents but it didn’t take me out of the book like it can sometimes.

How would it change your life if you knew what everyone else was thinking?

Merrick Whyte has used such a talent to profit from the world of high finance and business mergers. He puts it down to psychology, the study of body language and good background research.

But the game is about to change. Someone is seeking his skills for a different purpose - one that leads him into the clandestine world of the occult.

After falling foul of the law, he learns that discerning between friend and foe is not an easy task, especially when reality gets turned upside down. As he discovers the true extent of his psychonautic talents, he struggles to keep his enigmatic girlfriend, Lotus from being sucked into a conflict that spreads to Eastern Asia.

In an apocalyptic convergence of events, only Merrick and his Outcasts stand between a powerful enemy and the ultimate prize - dominion of this world and the realms beyond the Gateways.