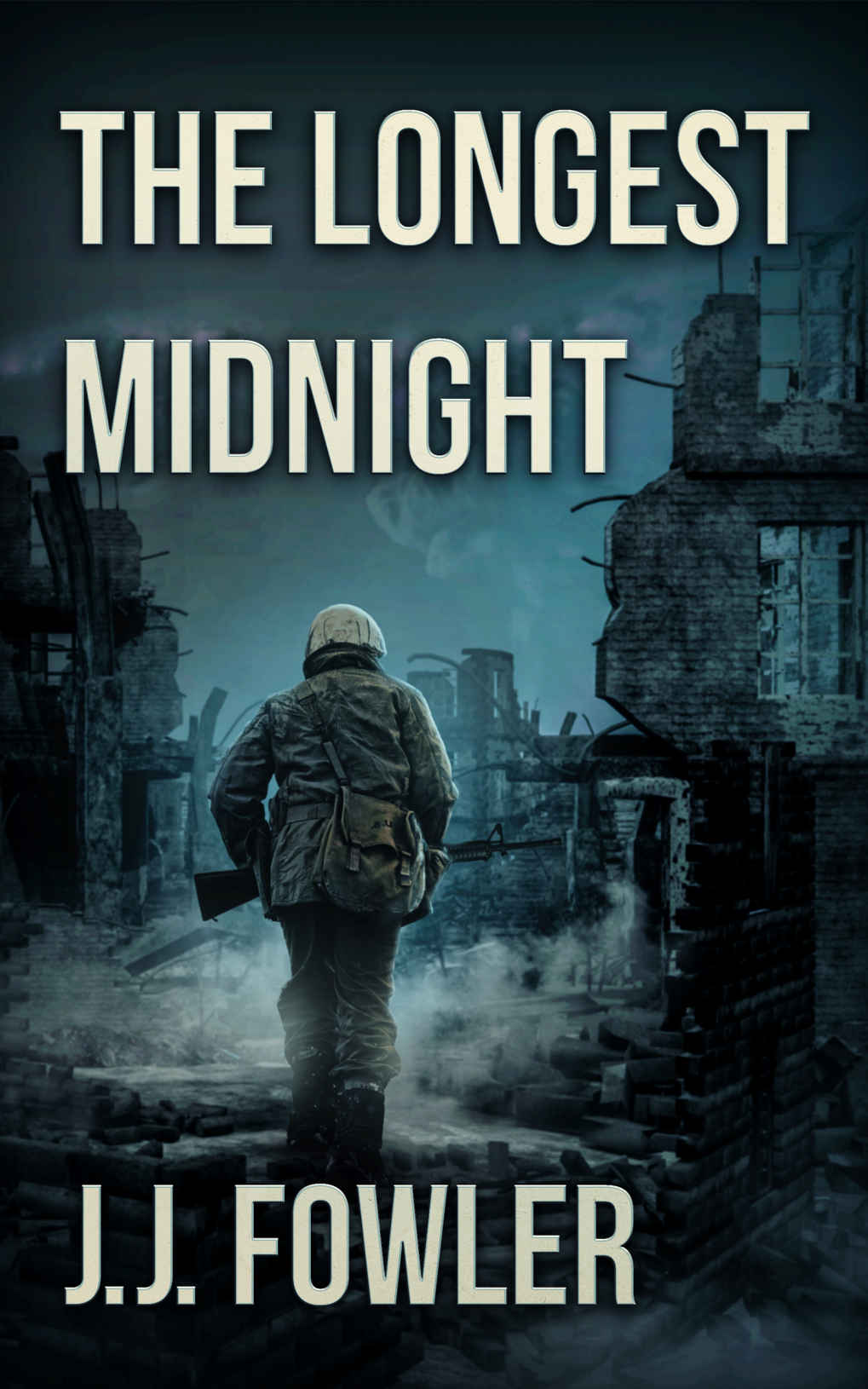 I really found myself going back and forth on this entire story.  I found myself enjoying more than I didn’t, but there were still some “huh?” parts included.  I can tell you this, Fowler does know how to write an interesting and intriguing story.

The story follows a Captain in an Army’s whose sole purpose is to kill the undead and protect the city from their attacks.  Captain Drake is a “cynical and exhausted veteran” who is commanding his army against the seemingly never-ending onslaught of undead attackers. If that isn’t enough for you, there is an incredibly unlikely (and a bit surprising) supposed ally against the undead.  And the undead will surprise you too once you get into the book.

As soon as I started writing my review I realized that I was going to give away most of the book in my original title for this review.  And then as I was describing it in the paragraph above, I would have ruined two more bombshell reveals. So, I had to re-write all of them and now it’s vaguer.

Fowler definitely understands how to write a story revolving around a group of defeated soldiers whose sole job is to try and stay alive long enough to die from exposure. Fowler was also able to throw in some curveballs that I did not see coming at all.

The story itself was interesting and kept my attention.  It reminded me a little bit of From The Ashes by Michael Patrick Hicks (that’s based on the Extinction Cycle series). It was a little bit more vulgar with some really repulsive scenes (other reviews really threw into Fowler for two separate depictions of rape — but unfortunately, things like that would happen in a world as far gone as The Longest Midnight.  I do not agree with the choice to add it, but I’m not going to downgrade my review on that.

Another reviewer called it “gritty” and I couldn’t agree more.  There are going to be rough edges to a story like this one to make it feel more real.  Everything is not rainbows and unicorns in the apocalypse.  When the dead being to walk — all bets are off.

Overall, I think that The Longest Midnight would appeal to a pretty wide audience of people.  Those who like military fiction (especially around zombies). Those who like (spoiler) vampires might enjoy parts of this.  And then, of course, people like me who like post-apocalyptic stories.

Captain Joshua Drake, a cynical and exhausted veteran, commands a platoon of men on the front lines of a collapsing civilization waging a brutal war against the walking dead.

As the fragile human defenses struggle to hold back an enemy that does not sleep or feel pain, Drake and his men are sent on a dangerous mission deep behind enemy lines.

The small platoon of soldiers set out into the apocalyptic wasteland where they must battle mass zombie hordes, dissension in the ranks and homicidal nomadic humans. To survive against these impossible odds and change the course of the war they will have to trust an unlikely and potentially dangerous ally

JJ Fowler was born in New Jersey and raised in the suburbs of Chicago. He lives in Maryland with his wife and three children and works in Washington, DC.

He is the author of The Longest Midnight and Communism is the Future (as Johnny Fowler). He also directed the feature-length documentary Of Unknown Origins.

2 thoughts on “The Longest Midnight by J.J. Fowler”