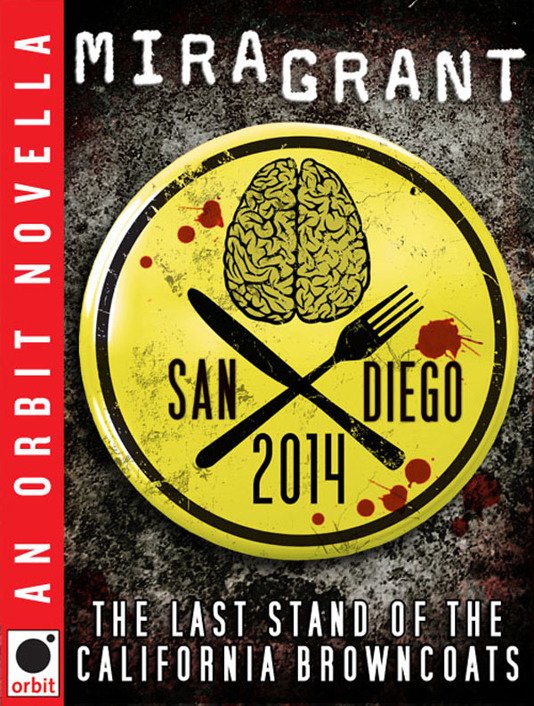 Comic-Con, Summer 2014 would be the last Comic-Con held.  This was at the start of the Rising.  In this standalone novella in the Newsflesh series, the reader gets the honor of witnessing the last stand of the California Browncoats.

With all Mira Grant books and novellas, the character development is strong in this one.  This was the only one that I felt that it dragged on a bit, but in the end, I’m glad that I was given a chance to know these characters.

I haven’t read a Newsflesh novel or novella that I haven’t liked, and this was a “standalone” (aka, there weren’t any people from any of the novels or other novellas included or referenced in it).  I thought that this was a different perspective for the Newsflesh series.

I definitely recommend this if you have read the other books within the Newsflesh series from Mira Grant.  If not, grab FEED

and then be in for a wild ride.

It was the summer of 2014, and the true horrors of the Rising were only just beginning to reveal themselves. Fans from all over the world gathered in San Diego, California for the annual comic book and media convention, planning to forget about the troubling rumors of new diseases and walking dead by immersing themselves in a familiar environment. Over the course of five grueling days and nights, it became clear that the news was very close to home…and that most of the people who picked up their badges would never make it out alive.

Mira Grant was born and raised in Northern California, where she has made a lifelong study of horror movies, horrible viruses, and the inevitable threat of the living dead. In college, she was voted Most Likely to Summon Something Horrible in the Cornfield, and was a founding member of the Horror Movie Sleep-Away Survival Camp, where her record for time survived in the “Swamp Cannibals” scenario remains unchallenged.

Currently, Mira lives in a crumbling farmhouse with an assortment of cats, horror movies, comics, and books about horrible diseases. When not writing, she splits her time between travel, auditing college virology courses, and watching more horror movies than is strictly good for you. Favorite vacation spots include Seattle, London, and a large haunted corn maze just outside of Huntsville, Alabama.

In her guise as mild-mannered urban fantasy author Seanan McGuire, Mira was the recipient of the 2010 John W. Campbell Award for Best New Writer. You can find her works as both Mira and Seananat her main bibliography page. Seanan’s website is the best place to find information on where both she and Mira will be appearing.