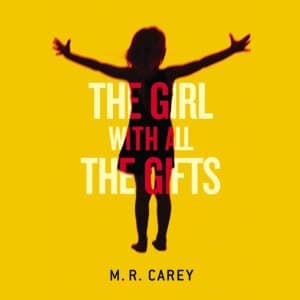 This story has a lot of heart

This is another case where my wife read a book first and recommended it to me.  It doesn’t happen too often, and it’s usually a YA dystopian story.  So, that’s what I expected this to be.  But it wasn’t at all.  This book has swearing and lots of blood and guts.  But it also has a lot of heart.  Melanie will be one of those characters that will stick with me for a long time.  The entire story felt a little different.  I know that there are books about what it’s like from the zombie’s point of view, but Melanie was different. She was special.

This book had all the workings of a 5-star book, but it just dragged on a little bit from the middle to about two-thirds through.  It just felt like Carey was dragging the story out for no apparent reason.  I understand character and scene development very well, but it just felt out of place.  Especially with how the action started much sooner than I expected in the beginning.

I know that this book became a runaway success and I think it did so with little to no promotion on the part of the author or publisher. I can see why.  As I mentioned above, this book has heart.  A whole lot of it.  Each character has their soft spots.  Some of them at skin level while others you find deep inside. But each person in The Girl With All The Gifts made me feel something which is powerful and pretty unheard of.

I just finished a book recently where the main contagious/disease/pandemic was caused by the same thing that causes the “hungries” to roam in this book so it didn’t feel extremely new and fresh to me like it did the first time, but I will tell you this; Carey did his research.  The amount of thought and time spent in this book explaining the spread really touched me.  I love Bio-Thrillers and this book really had that part down pat.

The narration was done by Finty Williams who provides a really nice British narration for this story set there.  She was able to give voice to Melanie, the teachers, and even the burly army men without feeling like she was overdoing it.  She made the 12+ hour story breeze by in what felt like minutes.

Overall, The Girl With All The Gifts was as good as my wife exclaimed it to be, and I’m really glad that I read it.

Melanie is a very special girl. Dr. Caldwell calls her "our little genius."

Every morning, Melanie waits in her cell to be collected for class. When they come for her, Sergeant keeps his gun pointing at her while two of his people strap her into the wheelchair. She thinks they don't like her. She jokes that she won't bite, but they don't laugh.

The Girl With All the Gifts is a groundbreaking thriller, emotionally charged and gripping from beginning to end. 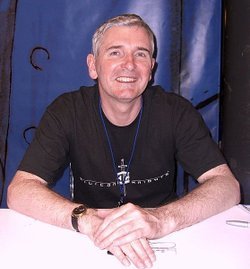 M. R. Carey is a writer who is equally at home in a wide range of media. His previous novel The Girl With All the Gifts was a word-of-mouth-bestseller and is soon to be a major motion picture based on his own screenplay. Under the name Mike Carey he has written for both DC and Marvel, including critically acclaimed runs on X-Men and Fantastic Four, Marvel’s flagship superhero titles. His creator-owned books regularly appear in the New York Times graphic fiction bestseller list. He also has several previous novels, two radio plays and a number of TV and movie screenplays to his credit.

2 thoughts on “Audiobook: The Girl With All The Gifts by M.R. Carey (Narrated by Finty Williams)”