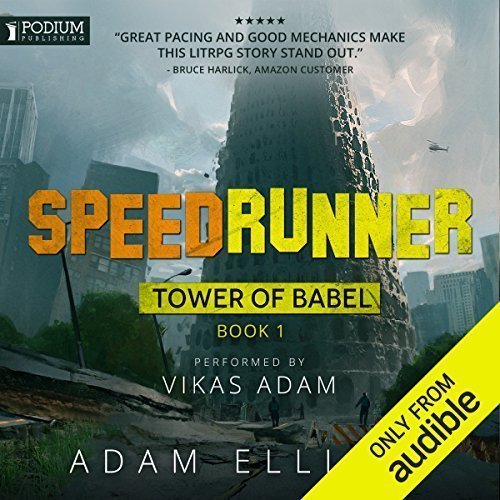 I Have Mixed Feelings About This One

I have very mixed feelings about this one at times it was super awesome and at other times it sort of dragged on. This was the first time I stepped into this genre and I think I will enjoy it and branch out significantly.

I really enjoyed the references to some very famous pop-culture television shows and one pop culture family especially.

Vikas Adam’s performance was wonderful and there is a lot to like about it. There are so many different male, female and monster voices throughout this book that it really added value to the listening experience. He did a fabulous job of speeding up and slowing down to get more attention to those tight of scenes as well uses a variety of tones that expressed different emotions in each character. He also does a really good robotic/computerized voice that we hear many times throughout this story and I think that is a real talent in itself.

I am moving forward and will pick up book two where hopefully, they touch more on some of the storylines I felt got a little bit lost within the main storylines of book one.

That was what they called it. The day when over four million people vanished in an instant from the island of Manhattan. The day earthquakes ravaged the east coast. The day a 101-kilometer tall tower rose from the wreckage of the now empty city. The day every screen, newspaper, and smart phone displayed a single message from an unknown source: The Great Emperor has issued his challenge. From the ruins of the Old World rise the Tower. Its doors will soon open, and the great game will begin. A hundred floors and a hundred challenges await the worthy. And to the victor? A Wish of Unlimited Power.

Cayden Caros yearned to play that game. His only problem? The Terms and Conditions. A strict set of rules that, among other things, prevented anyone under the age of 16 from entering the tower.

Forced to wait for over two years, Cayden did the only thing he could do to pass the time. He researched, he practiced, and he prepared. It would take a lot to catch up to players with such an enormous head start. Lucky for him, he was a special type of gamer.