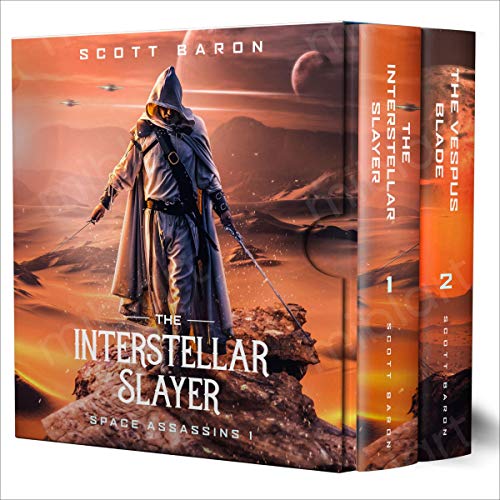 It’s interesting to go back into a world but as a prequel to the events that you’re used to. It’s a lot like coming home and snuggling up under your favorite blanket on a cold and damp day. Everything is familiar, but since it’s a prequel and it’s also narrated by a different narrator since it’s a new story – everything in your house is moved just slightly. Nothing too bad, just different. Now, using this analogy makes it sound like it really bothered me, but in fact I found myself really enjoying the new characters and the familiar ones.

It was really easy to dive into this new series as a Baron fan since I’d already read two books that took place in the same worlds. Each character might have been younger (or new) but I was familiar with each race and most of the things that they encountered. What you get out of a series like this is introduction to things that “just were” in the later books. Like how a blade was formed and how certain leaders got to power (or lost their power/life).

The novella was excellent and I absolutely flew through it. I thought that Baron did a great job turning it into a great story on its own, and I think that for the price (the actual price, not a credit) it’s well worth it if you need a quick read. But, combining it with book two in this box set was also a genius idea because it allows reader to get 14 hours of entertainment for the price of one book.

Book Two, The Vespus Blade was also excellent and I flew through that was as well. For it being around 10.5 hours of the box set – it felt like it was probably more like 5. The pages and minutes just flew by. Like with Baron’s other books, the character development really shines here, and right away we’re treated to deep back stories and emotional connections with characters. It makes reading their stories, trials, and tribulations that much more enjoyable. And definitely makes rooting for them, even when they’re in what seems like insurmountable situations – so much fun.

Overall, a great two books for the price of one. I’m glad that I picked them up and checked them out – it was a blast to jump back into this world and definitely one that I can tell Baron spent a lot of time planning out so that the different timelines and characters between each book lined up.

Only a fool would target the deadliest order of assassins in the galaxy.

The galaxy had no shortage of fools.

Someone had attacked the Order, and done so with both blades and magic. It was utterly unheard of, but even the most elite of killers sometimes faced the unexpected, and on this occasion, that could even mean their demise. That is, unless they could get to the bottom of the nefarious plot.

Joined by a former space pirate and the motley band of misfits crewing his ship, the master assassin set out to lead the rag-tag group to the ends of space, hunting their prey with deadly skill. But sometimes the hunter became the hunted, and tables could turn in an instant.

Kill or be killed, that was the assassin’s way. It was an easy choice. That is, unless you found yourself fighting your former lover. That could be awkward. Awkward and deadly.