This book was a slow burn to start, but then picked up the pace

I wasn’t sure what I was getting into when I started this. The characters were underwhelming and almost unlikeable until 3/4 through the book. Maybe some more character development was needed earlier in the book.  Sometimes you start a book and you expect some things (like character development).  I think in Slow Burn: Zero Day Bobby Adair was going more for an introduction of the scenery and the actual disease/problem.

I enjoyed this book, and the size made it a quick read that was able to be finished in a couple short reading sessions.  My only complaint is its abrupt ending. It was just getting good and boom it’s over. While I understand why Adair does this, it’s still always a shock when a book just abruptly ends.  I guess I’ll have to figure out the continuing story in book 2.

A new flu strain has been spreading across Africa, Europe, and Asia. Disturbing news footage is flooding the cable news channels. People are worried. People are frightened. But Zed Zane is oblivious.

Zed needs to borrow rent money from his parents. He gets up Sunday morning, drinks enough tequila to stifle his pride and heads to his mom’s house for a lunch of begging, again.

But something is wrong. There’s blood in the foyer. His mother’s corpse is on the living room floor. Zed’s stepdad, Dan is wild with crazy-eyed violence and attacks Zed when he comes into the house. They struggle into the kitchen. Dan’s yellow teeth tear at Zed’s arm but Zed grabs a knife and stabs Dan, thirty-seven times, or so the police later say.

With infection burning in his blood, Zed is arrested for murder but the world is falling apart and he soon finds himself back on the street, fighting for his life among the infected who would kill him and the normal people, who fear him.

I’m just going to put this out there: I grew up with an irrational fear of Flying Monkeys. How is a little kid supposed to know tha 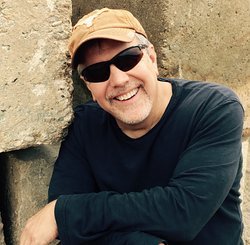 t they only exist in Oz?