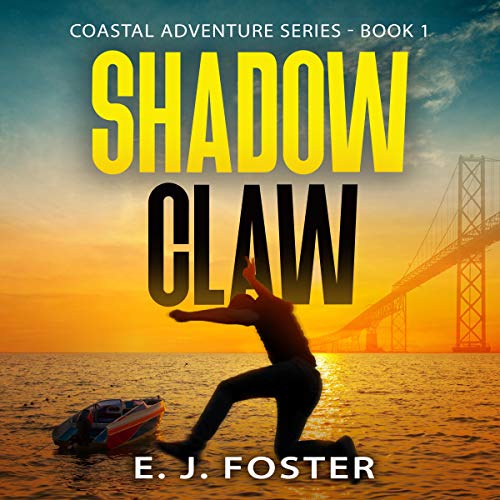 Shadow Claw was an interesting book for me. I want to chalk this one up as science fiction (I mean it is, but I mean that in a weird way). The book lends itself to be very similar to books that I’ve read before. It has the coastal vibe along with the main male character who wants to seek some sort of rekindling with someone he wronged in the past. But the main thing that they’re fighting (other than greed) is borderline not believable. I was able to suspend my disbelief since I’ve played the Fallout games and honestly – the main bad guys they were fighting (the non-human ones at least) reminded me of Mirelurk (google it, but understand it’s likely a spoiler).

The writing in this was pretty good. Not the best I’ve heard but, the things that I had an issue with were more how it translated to audio other than how it was actually written. Thankfully the narration by veteran narrator Nick Sullivan really helps solidify this one for me. His performance added a lot to the story and the characters and likely bumped up my enjoyment of the story a bit as well.

Overall, Shadow Claw was an interesting book that I still don’t know how I feel about it. It wasn’t a 1 or 2 star by any means. And honestly the characters were written in a way that I definitely want to read more stories with them. I thought that Foster did a good job setting this up to be a series without leaving us hanging. It could be a one-off and I’d be okay with that. But I know there’s more stories with Brock Finlander at the helm.

There is more in the water than you know.

When ex-astronaut Brock Finlander tries to reconnect with his long-lost daughter, a marine biologist, they discover strange things happening to marine life on Claw Island.

In a rush to identify why the crabs are growing out of control, they find more than they bargained for.

Now, they have only 72 hours before the cover-up becomes dangerous and unstoppable. But danger never expects to run into a man like Brock Finlander. A man who will not just respond, but will attack it with everything he has: His intellect, his military training, and his family.

But when the animals you’re trying to save become the enemy, how do you fight back?

Together, father and daughter must learn that family comes first before time runs out and they lose each other, and the island, forever.

What they thought they knew about the water was wrong…so very, very, wrong.

If you like thrilling action and heartwarming, endearing characters, you’ll love this coastal action-adventure set in the very center of Maryland’s blue crab population, the Chesapeake Bay, surrounded by NASA, NOAA, the Coast Guard, and the Annapolis Naval Academy.