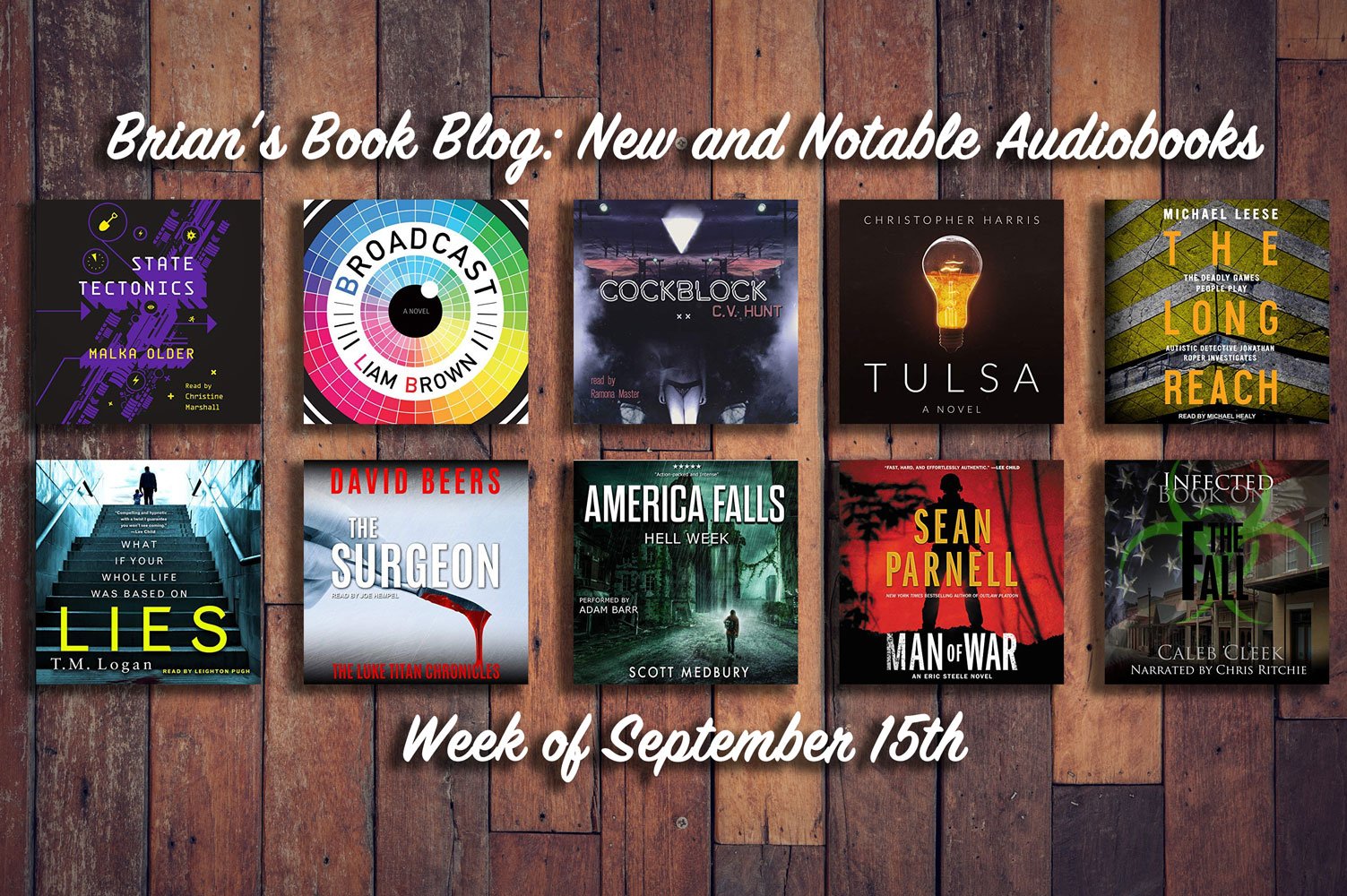 Welcome to Brian’s Book Blog’s weekly New and Notable Post for the Week of September 15th.  We share the 10 books from this week that caught our eye featuring Post-Apocalyptic, Horror, Sci-Fi, Thrillers, and more. Enjoy! 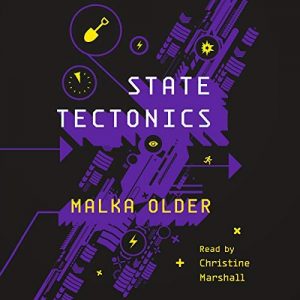 The future of democracy must evolve or die.

The last time Information held an election, a global network outage, two counts of sabotage by major world governments, and a devastating earthquake almost shook micro-democracy apart. Five years later, it’s time to vote again, and the system that has ensured global peace for 25 years is more vulnerable than ever.

Unknown enemies are attacking Information’s network infrastructure. Spies, former superpowers, and revolutionaries sharpen their knives in the shadows. And Information’s best agents question whether the data monopoly they’ve served all their lives is worth saving or whether it’s time to burn the world down and start anew. 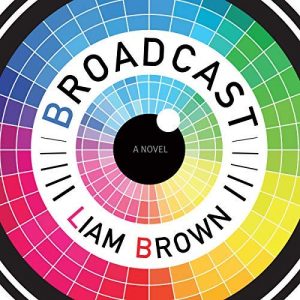 The idea behind MindCast is simple. We insert a small chip into your skull and then every thought, every feeling, every memory is streamed live, 24 hours a day. Trust me – within a few months you’ll be the most talked about person on the planet.

When David Callow is offered the lead role in a revolutionary new online show, he snatches the opportunity. Rapidly becoming a viral sensation, David is propelled to stratospheric levels of celebrity. However, he soon realises the downside of sharing every secret with the world.

A prisoner to both his fame and his own thoughts, David seeks to have the chip removed, only to discover the chilling secret lurking at the heart of MindCast and the terrifying ambition the show’s creator has for him. 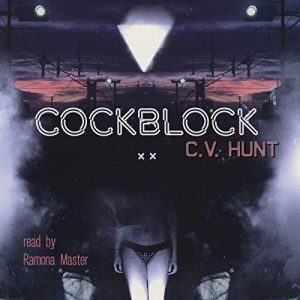 Cockblock by C.V. Hunt
Narrated by Ramona Master
Publisher C.V. Hunt
After the daily grind at their jobs, all Sonya and Callie want is to enjoy a quiet night out together at a new restaurant. But making it to their reservation is proving to be a challenge.

A few men on the street near their destination verbally assault them. The situation quickly escalates into a nightmare. Once within the safety of the restaurant, the two women discover it’s not just the men outside who’ve lost their minds; men everywhere have gone insane. And they believe they’ve found the origin of the mayhem.

A radio in the kitchen is playing a hate-filled message against women, and it’s being delivered by the president. There’s only one way to stop the men from attacking women, and logic tells them they need to terminate the chaos at its source. 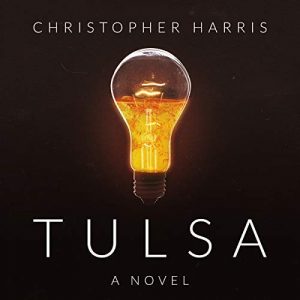 Tulsa by Christopher Harris
Narrated by Christopher Harris
Publisher Asphalt House
All the electricity has gone out, nobody knows why, and it’s five months later. Food is scarce, and gas is scarcer. The world isn’t sudden chaos: it’s simply quiet and lost. Survival depends on trusting the right people, and staying away from the wrong ones. But how can you tell the difference?

Tulsa is a ground’s-eye view of the apocalypse: a front-row seat to the slow-motion unraveling of society and the things we believe comprise identity. As the world falls apart, there are people everywhere – trustworthy or treacherous – and somewhere in the countryside, there is a particular farm…. 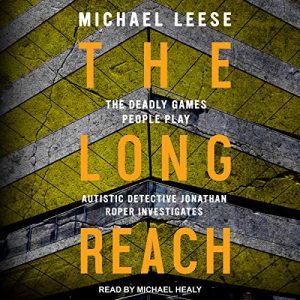 The Long Reach by Michael Leese
Narrated by Michael Healy
Publisher Tantor Audio
No one would be crazy enough to detonate a nuclear device in London. Would they? We live in a dangerous world where people will do anything for money.

Scotland Yard’s most unique investigator, Jonathan Roper, is called in amid fears that Russian agents are behind a plot to explode a dirty bomb in the UK capital. Together with his boss, Chief Inspector Brian Hooley, he is briefed on the nightmare scenario by MI5. Everyone from the Prime Minister down is hoping he can repeat the extraordinary work which saw him take down a gang of mercenaries and a serial killer with a grudge.

Because of his condition, and his single-minded determination, he has developed a range of skills that make him a great detective. So far it has set him apart from the people he has brought to justice. But this time he and Hooley are up against a formidable conspiracy that can be traced back to the worst days of the Cold War. 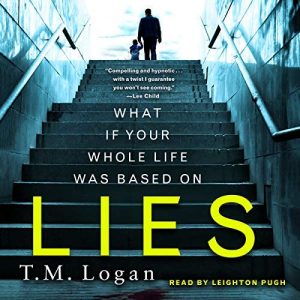 Six days ago, Joe Lynch was a happily married man, a devoted father, and a respected teacher living in a well-to-do London suburb. But that was before he spotted his wife’s car entering a hotel parking garage. Before he saw her in a heated argument with her best friend’s husband. Before Joe confronted the other man in an altercation where he left him for dead, bleeding and unconscious.

Now, Joe’s life is unraveling. His wife has lied to him. Her deception has put their entire family in jeopardy. The man she met at the hotel has vanished. And as the police investigate his disappearance, suspicion falls on Joe.

Unable to trust the woman he loves, Joe finds himself at the mercy of her revelations and deceits, unsure of who or what to believe. All he knows is that her actions have brought someone dangerous into their lives—someone obsessed with her and determined to tear Joe’s world apart.

What if your whole life was based on LIES?

“Just when you think things can’t possibly get worse…they do. And then some. Lies is positively riveting, from the captivating first scene to the shocking twist at the end.” (Sandra Brown, #1 New York Times bestselling author of Seeing Red)

“A tense and gripping thriller.” (B. A. Paris, New York Times Bestselling author of Behind Closed Doors) 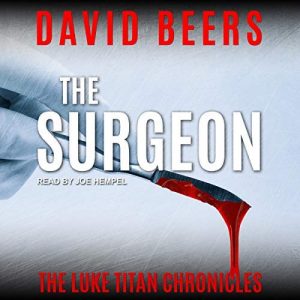 Christian Windsor is a certified genius. He’s also autistic. Social situations? Not for him. Friends? No thanks. At 23 years old, with two PhDs, Christian joins the FBI’s most dangerous division, The Exceptional Crimes Unit. His first assignment? A serial killer on a rampage. Nicknamed The Surgeon, he’s cutting the eyeballs out of women.

That’s not the only psychopath lurking in the shadows, though. There’s another, and Christian can’t see him: his partner. The world renowned psychiatrist, Luke Titan.

Bodies are showing up with dark holes instead of eyes, and Christian is racing against time to understand The Surgeon’s identity before more die….

Can he stop The Surgeon, though, before his own partner kills him? 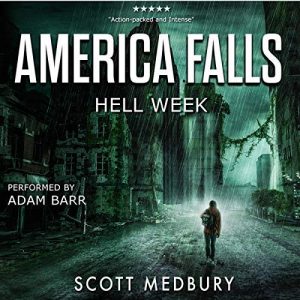 Think North Korea and Russia are the greatest danger to the United States? Think again. After a surprise biological attack, America, the most powerful nation on Earth, quickly succumbs, with 99.91% of the population over the age of 16 decimated. As society unravels, and the ground invasion of his country begins, loner Isaac Race must form a connection with a ragtag group of survivors and elude not only the invaders, but other dangers and threats unleashed in chaotic Post-America.

Hell Week is the first installment of America Falls, a post-apocalyptic survival series, a compelling, action-packed story about who we are and who we have to become in order to survive.

This book/series was originally published as After Days and has been re-written and re-branded to embrace the author’s original intentions of creating a compelling episode-driven adventure. For lovers of books by Jack Hunt, Bobby Akart, AR Shaw, Chris Pike, Ryan Westfield, Harley Tate, and Mike Sheridan. 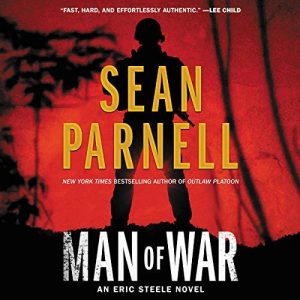 Eric Steele is the best of the best – an Alpha – an elite clandestine operative assigned to a US intelligence unit known simply as the “Program”. A superbly trained Special Forces soldier who served several tours fighting radical Islamic militants in Afghanistan, Steele now operates under the radar, using a deadly combination of espionage and brute strength to root out his enemies and neutralize them.

But when a man from Steele’s past attacks a military convoy and steals a nuclear weapon, Steele and his superiors at the White House are blindsided. Moving from Washington, DC, to the Middle East, Europe, and Africa, Steele must use his considerable skills to hunt this rogue agent, a former brother-in-arms who might have been a friend, and find the WMD before it can reach the US – and the world is forever changed. 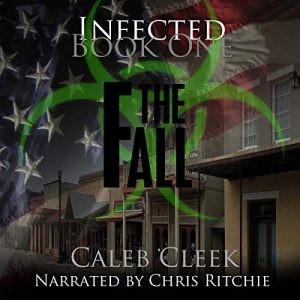 Infected: The Fall by Caleb Cleek
Narrated by Chris Ritchie
Publisher Caleb Cleek
When a bus full of tourists infected with a genetically engineered virus stops in a quiet community, the area threatens to become the epicenter for a worldwide outbreak. Two Vista County deputies race to contain the revived dead, stop the spread of the virus, and combat the chaos and anarchy that ensues.