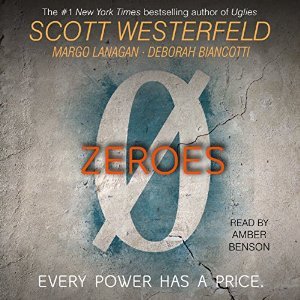 Different superheroes live within this ragtag group of “zeroes”.

Zeroes is touted as being X-men meets Heroes and it really fits for this story.  It follows a group of six seemingly random characters who all have different abilities.  They use the typical superhero mantra’s throughout (with great power… type stuff).  Follow this group of “zeroes” as they call themselves as they band together to try and work together and figure out the extent their “powers” go.

The narration for this was done by Amber Benson and she was perfect for this role.  Though it could have been easily done by numerous narrators (like The Beam) one for each character.  Sometimes that can become confusing.  At least the authors of this realized that they were dealing with 6+ points of view and they started each chapter with a name so we know who we’re dealing with.  Benson really becomes some of these characters and does a great job filling the voids that just reading the book can sometimes leave.

The story was interesting.  I haven’t really watched Heroes and I’ve only seen some of the X-men movies, but this does really seem to follow the same type of story.  The part that I like most is that you cannot even tell that it was written by three different authors.  The fact that they pulled that off is extremely difficult and I’m glad that it worked out the way it did.

The story was very difficult to follow unless you were listening to it pretty intently.  No reading while doing chores type of a book.  I mostly listened while driving or working out and found myself having to go back because I wasn’t sure who’s part it was (partially because of what I mentioned earlier just having one narrator).

Overall, the story wasn’t exactly what I was hoping it would turn out to be, but it still had some “feel-good” moments within.  I grabbed this audiobook just based on the one author (Westerfield), but since reading this, I may be checking into the other two authors too.  This is an audiobook I’m glad I checked out, but I won’t be looking for any others (if this is made into a series) in the near future).

I was given a copy of this in exchange for my honest review.  The original version of this review was posted on AudiobookReviewer 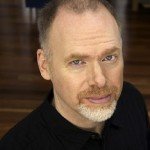 Scott Westerfeld’s teen novels include the Uglies series, the Leviathan and Midnighters trilogies, and the so-called “NYC Trilogy”: So Yesterday, Peeps, and The Last Days. Scott was born in Texas, and alternates summers between Sydney, Australia, and New York City. 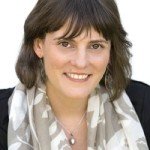 Deborah Biancotti is the co-author of the upcoming ZEROES trilogy, with the first book released in the US, UK, Canada and Australia in September 2015.

She’s also the author of two collections of short stories, BAD POWER and A BOOK OF ENDINGS. Her work has been shortlisted for the Shirley Jackson Award, the William L. Crawford Award for Best First Fantasy Book, the Aurealis Award and Ditmar Award.