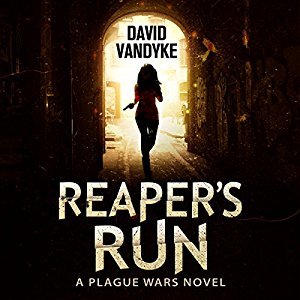 A book that fell a bit short

I wasn’t even thinking of the irony of my title until I started to write up my review.  Reaper’s Run follows Jill — a Marine who has had her legs blown off while fighting for her country. Jill was quarantined on a cruise ship with other “Sickos” who they think had the Eden Plague.  I won’t go into too much more detail so I don’t spoil the story — but the story follows her as she tries to figure out what life will be like now that the world has turned upside down.

Sometimes a book just falls a bit short and it’s really no one’s fault.  Sometimes you hear about a series or you see a synopsis or cover on Amazon or Audible that just really catches your eye and the book isn’t what you were expecting.  I try to go into books with as open of a mind as someone can — and I did that with Reaper’s Run.  But it just wasn’t exactly the story for me.

The funny thing is that I liked the story, but I didn’t love it.  That’s why I’m giving it three stars.  It was a good story with a good plot and a seemingly enjoyable main character.  She seems a little green and a little bit too caring (and forgiving) to be the typical bad-a “chick” fighter. I’m not sure if that was a choice by VanDyke or if that’s just how her character played out.

I’m a little intrigued to read the first book.  I would love to hear a little bit more about the virus/plague and figure out how it was released and by whom, but I don’t know when I’ll get around to reading it.

The narration for Reaper’s Run was done by Artie Sievers who does a pretty good job.  I’m not sure what the wood knocking noise was for (I assume it’s when an author puts in the ellipses or stars in a book to signify a change of character or time). But, it ended up being kind of distracting.  A lot of times it would have been obvious that time had passed and the story was just moving on.  But a few times I did think it was helpful as it was moving the story along at a quick pace. The only other knock that I’ll give Sievers is that there were basically three voices for characters:  a normal everyday speaking voice, a slightly higher pitched voice for Jill, and then a hick-ish sounding voice for pretty much everyone else. It made it hard to pick out different characters.  Overall, Sievers did a good enough job that I didn’t stop listening to the story, but there is room for improvement.

Overall, Reaper’s Run was a semi-enjoyable story.  There were parts that I liked and some that I didn’t like. It’s the first take it or leave it story I’ve read in a while.

When US Marine Sergeant Jill Repeth's blown-off legs begin to regenerate, she thinks it's a medical miracle. But the breakthrough that heals her war injuries is exactly what the government desperately wants to quash - by any means necessary. Hunted, she must cross an America wracked by strife to try to find a family who may already be dead, searching for the inhuman secret of what started it all.

Reaper's Run is an origins story and apocalyptic novel, the beginning of one warrior's journey from tactical cop to freedom fighter and beyond. It leads the reader into the acclaimed Plague Wars science fiction series. 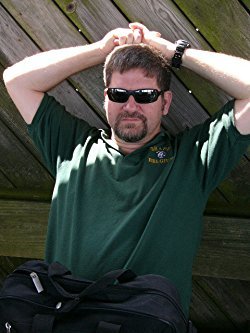 David VanDyke is a Hugo Award finalist and bestselling author of the Plague Wars, Stellar Conquest, and Galactic Liberation sci-fi adventure series, which have sold more than 300,000 copies to date. He is co-author of BV Larson’s million-selling Star Force Series, Books 10, 11 and 12. He’s a retired U.S. military officer, veteran of two branches of the armed forces, and has served in several combat zones. He lives with his wife and dogs near Tucson, Arizona.