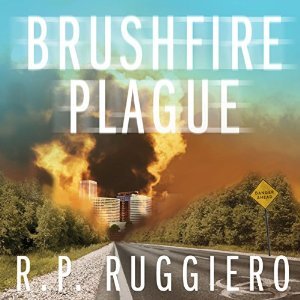 What would you do to save your family from a deadly virus?

A mysterious virus is here and it is extremely lethal, killing more than 50 percent of all of those who come in contact with it. Cooper Adams realizes that he must get home and take care of his family. What follows is his story of survival and helping those around him survive too.

The narration of this almost made this unlistenable. About halfway through, I nearly stopped listening and just finished by reading it. I don’t really like to speak ill of a professionals work, but this appears to be the narrator’s first go at narration. Unfortunately, it really seems to take away from a well-written story. But, at the same time, I can imagine getting narration for your first book isn’t the easiest either.

Cooper Adams is an interesting lead character. He’s both likable and at times, he just does what needs to be done. Which, in a case like the book is portraying, I can fully get an understand. Adams isn’t your typical prepper, nor is he your military “I’ll do whatever I can to survive” kind of guy. But he is one thing, a survivor.

The disease behind Brushfire Plague was given some thought, thankfully. Recently I’ve been reading some books lately that are pegged with “plague” in the title that has little-to-no mention of the actual virus or plague that is destroying humanity. While Ruggiero doesn’t go into super deep detail like others have that I love, he does do a good enough job to make it believable.

Brushfire Plague really felt like it took a while to develop. Normally this is done for deep character development, but in this case, it just felt like the story didn’t shift into high gear until after the midway point of the book. For some readers, this could be a big problem. I’m wondering if the second book in this series will start at a faster pace and keep it there instead of dragging it out like this one did.

Like I mentioned above, Brushfire Plague was a great book marred by a really poor narration choice. First and foremost if you are going to be portraying a manly survival-instinct laden male — why is there a female narrator? It was a severe bummer for me that this books narration took away from it instead of added to it. It definitely has the potential to be a big player.

Surviving is just the beginning….

When a virulent plague erupts across the globe, Cooper Adams faces a daily battle for survival as society unravels at a dizzying pace. As he organizes his neighbors for self-defense and strives to save those around him, he soon discovers the first clues about the origin of the Brushfire Plague that is killing untold millions around the world. In his pursuit to learn the truth, Cooper must combat looters, organized gangs, and those protecting the Brushfire Plague’s secrets. When his son falls ill, his search to uncover the plague’s origin and a possible cure transforms into a race against time. Ultimately, Cooper faces a paralyzing choice between exposing what he has learned with potentially shattering consequences and abetting a horrible secret and giving his nation a chance to recover and rebuild. 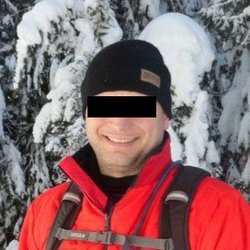 R.P. Ruggiero lives in Colorado with his wife and two sons. He spends as much time as he can in the outdoors and strives to live by Robert Heinlein’s credo that, “Specialization is for insects.” When he is not outdoors, writing, or learning a new skill, he works coordinating people to achieve their common goals. He brings his almost two decades of years of experience in group dynamics–particularly when people are under stress–to good use in writing The Brushfire Plague; a novel grounded in neighborhood defense during a devastating plague.

Please contact me at rpruggiero@gmail.com with your comments about the novel.

The feedback from a wide variety of readers has truly been heartwarming. Some of the best comments have been from new readers in the genre who’ve commented, “you’ve given me something to think about” or “maybe I should have more than a few days of food on hand.” I’ve also enjoyed hearing from dedicated survivalists who’ve appreciated the books realism and provoking them to think about issues they haven’t ye.

But, most importantly, has been hearing from readers of all stripes who’ve engaged with the characters, laughed and cried with them, and are eagerly awaiting the sequel to hear what will happen next with Cooper, Jake, Dranko, and the rest!

Audiobook: The Pandemic Diary by Brett A

One thought on “Audiobook: Brushfire Plague by R.P. Ruggiero (Read by Melissa Sutton)”