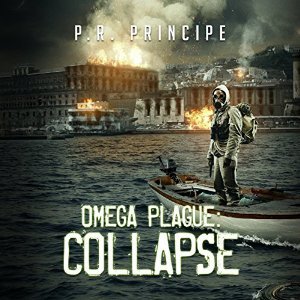 One man and his island against everyone

There were many names for the AIDS-like virus that was sweeping across the world, but the American’s named it best when they called it the Omega virus.  HAV or a modified AIDS virus has taken most of the world population, those who are left have to fight against each other and new gangs that are rising up daily.

Narration for this was pretty good, not amazing, and not terrible.  There weren’t really any parts that I didn’t like,  I just felt like he never really showed much emotion.  The main character was going through so much in the book and it was maybe a few notches above a monotone. Production was great, no issues there at all.

Well, two things are definitively clear, Principe knows a lot about radios and a lot about Italy/Naples.  This book was not short on either one of those.  He did a pretty good job explaining the virus, but for a book that seems to market itself as a bio-thriller, the bio part is really missing.  I would know, bio-thrillers are some of my favorite kind of fiction.  If Principe had wanted to write a post-apocalyptic novel, he should have stayed away from using “Plague” in the title.  That really gives the reader the wrong idea.

I think if I would have known this was a survival story/post-apocalyptic story and not really a bio-thriller my rating may have gone up a bit.

I sort of felt like a “dumb American” while reading this because I know little to nothing about the area in which this takes place, but I don’t think that Principe explained it well either.  It just felt like he assumed the reader would know where he was talking about and what the scenery would look like.

Overall, the main character was slightly stale and underwhelming.  I felt like he could have been better.  Everything about his story: past, present, and future just seemed very cookie cutter to me.

The action in this story was pretty good, it definitely kept the story moving from beginning to end.  There weren’t too many characters in this novel, but it just felt like something was missing.

Overall, the action and the post-apocalyptic world kept me interested, but I wish there would have been more…something.

I was given a copy of this audiobook in exchange for my honest and unbiased review.  This review was written for Audiobook Reviewer and can be viewed there.

An airborne strain of the AIDS virus decimates humanity. Bruno Ricasso, an Italian cop, a Carabiniere, struggles to survive on the island of Capri while Europe erupts in flames and society crumbles. But when his solitary existence is broken, Bruno returns to the empty city of Naples in search of answers.

Can Bruno find a way to stay alive in the ruins of civilization? Or will Bruno’s past sins prove even more deadly than the Omega Plague? 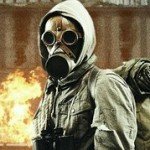 P. R. Principe has served on active duty as a commissioned U.S. Air Force officer and has lived in Italy, France, and the United States. In between writing and contemplating civilization’s collapse, he spent time in Glastonbury, England, learning to forge a broadsword, and obtained his amateur radio license.