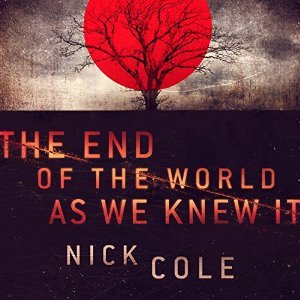 Three people, three different stories of the apocalypse.  This is their stories told by them through messages and journals.  Follow along as they attempt to survive this new and scary world.

The narration for this was done by three different narrators, one for each character.  They all did a wonderful job, and it really helped moved the story along that each one was done by someone new.  I didn’t have any issues or problems with the production or sound quality.

So, three different stories of the same event told by three different people.  The thing that made this different is that they weren’t back and forth like a lot of stories like this can be.  There were three stories told separately.  Three stories that all related in one way or another, but different and unique in their own ways.

The first story I really had a hard time getting into her characters mind.  Don’t get me wrong, the writing was well done, but the way that the author wrote her personality really rubbed me the wrong way.  But, perhaps that was done on purpose.  I can never tell if someone is meant to be abrasive, or if that specific character just rubs me personally the wrong way.

The second story within was really well done.  The back and forth between what he saw and had to do to survive was a really nice touch and added a lot to his character building.  The relations between the other characters was something different too.  I didn’t catch it right away, but after I did I was like “woah!'”

The third (an incredibly short) story included had a crazy ending.  A wonderful way to end the entire novel.

Overall, the book was a different take on the “zombie apocalypse” compared to some of the other books I’ve read.  It takes a new spin and makes it much more personal.  The “recordings” or journals made this feel like you were actually following along with the logs of people who really live through this.

I had never read anything from Nick Cole before The End of the World as We Knew It, but I will now be looking into some of his other work, especially if any of it is available in audiobook form.

This review was originally written and posted on AudiobookReviewer.com.  I received a free copy of this book in exchange for my honest and unbiased review.

In the future, an artist specializing in historical records creates a piece of art based on three separate accounts of the pandemic. What follows is a patchwork tale of survival and horror as two lovers struggle to survive the undying dead and the collapse of an America turned charnel house. Told as memos from Ground Zero, and later in the journal of a dark tower-like quest by train and foot across a nightmare landscape of ruined cities and raving corpses, the three accounts reveal more than just the grim realities of society’s collapse. The Notebook meets The Walking Dead in this stained-glass depiction of the end of the world as we knew it. 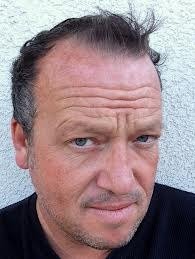 Nick Cole is a working actor living in Southern California. When he is not auditioning for commercials, going out for sitcoms or being shot, kicked, stabbed or beaten by the students of various film schools for their projects, he can often be found as a guard for King Phillip the Second of Spain in the Opera Don Carlo at Los Angeles Opera or some similar role. Nick Cole has been writing for most of his life and acting in Hollywood after serving in the U.S. Army.

Latest posts by Brian (see all)
Share on Twitter
0
4.5 starsNick ColePost-ApocalypticThe End of the World As We Knew ItZombieZombie Apocalypse