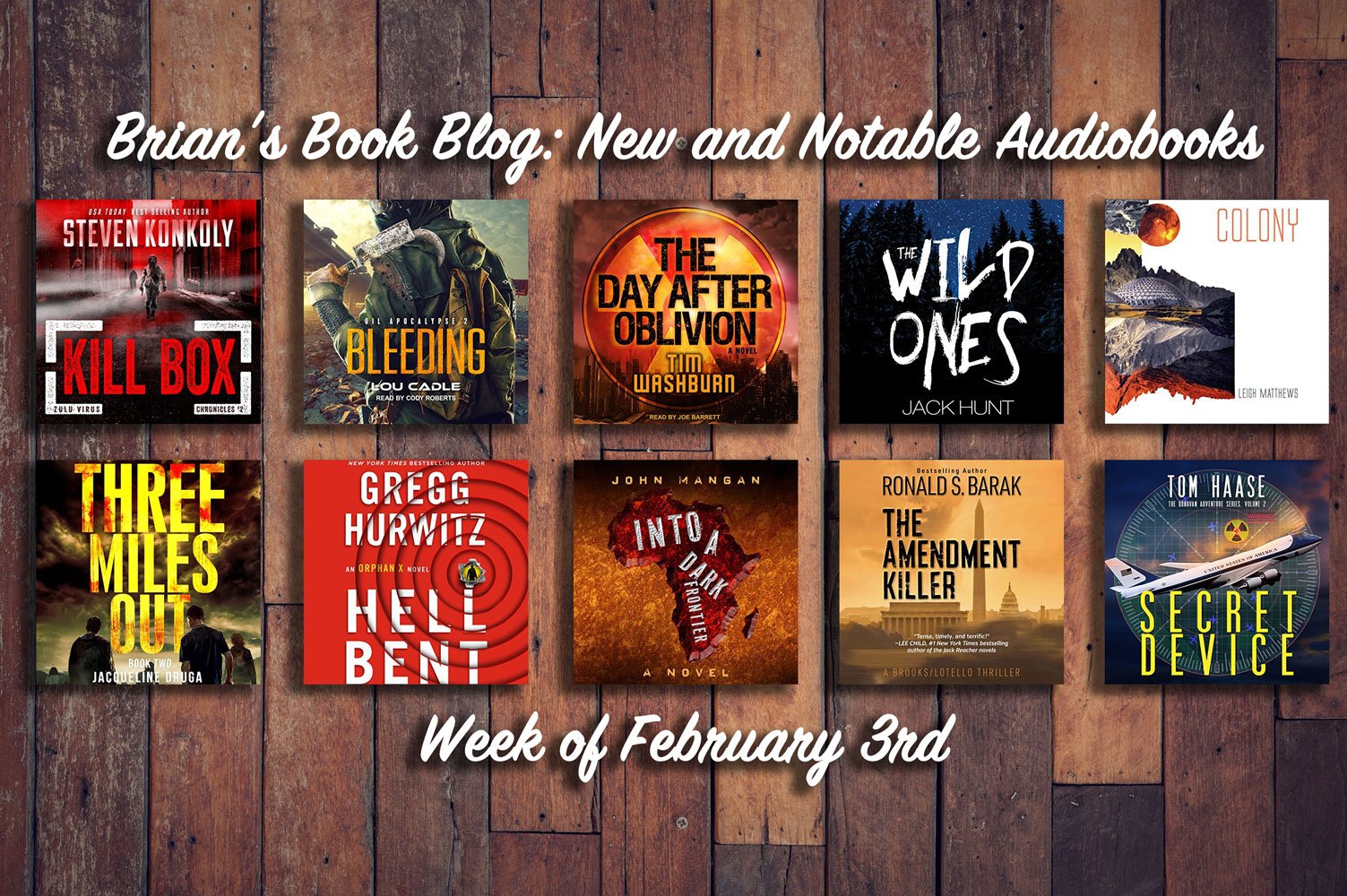 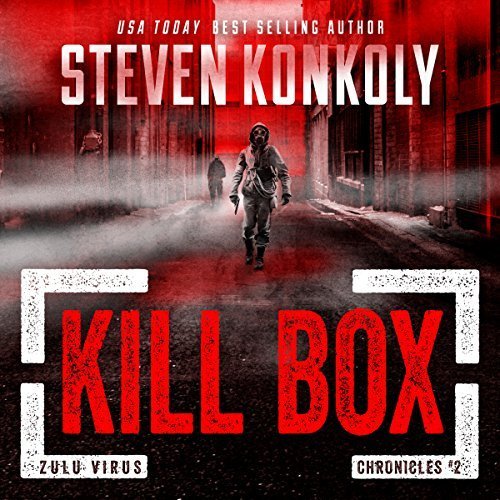 Something lethal has been released across America.

With their daring escape plan thwarted at the last possible moment, Hot Zone‘s motley band of survivors faces a worst-case scenario. Forced to take refuge near the epicenter of the bioweapons outbreak, deep inside in a city gone mad – their time is running out.

Unable to slow or adequately contain the infected population, the government has triggered Kill Box, a desperate and merciless contingency protocol.

Dr. Eugene Chang, Eric Larsen, and the survivors following them have less than 24 hours to escape the Kill Box.

Within 24 hours, complete strangers from different walks of life will be forced to join together to survive the living nightmare that has been unleashed on their city – and their country.

Welcome to the Hot Zone! 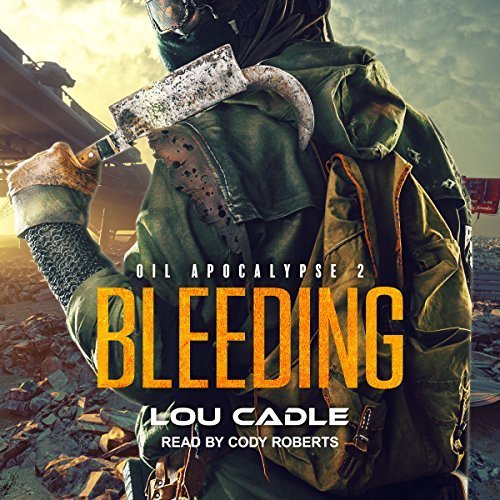 Dev and Sierra – who have come of age emotionally and as warriors – head down to Payson to spy on the men who have taken over the town. What they find there horrifies them. And Sierra’s aggressive streak leads them into a confrontation with these invaders, one that will put everyone’s lives at risk. Can the neighborhood survive the end of oil? 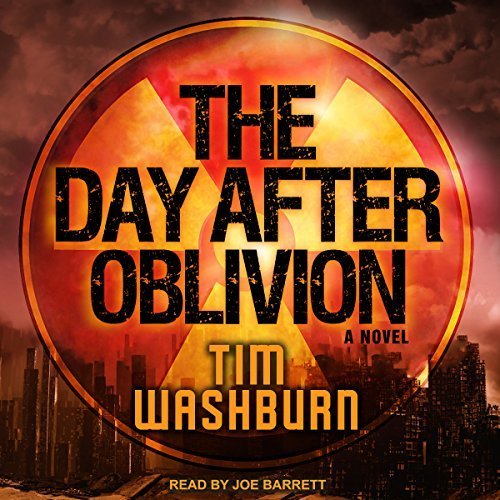 The Day After Oblivion: A Novel by Tim Washburn
Narrated by Joe Barrett

And so it begins…

In the United States, the Department of Defense and the NSA computer networks have been hacked. A nuclear-armed CIA drone has lost all flight control. North Korea…Iran…Russia…and soon the gates of Hell will open.

Humanity’s most terrifying nightmare has become reality. Bombs are detonated, missiles are launched, counterstrikes are ordered, and within minutes, untold thousands of megatons have left countless millions dead or dying. Devastation of biblical proportions has fallen over the land…and the USA has been hit the hardest.

Now the survivors are on their own…

The death toll is incalculable. Following the devastation, there is no law, no power, no communication. But there are survivors. And now the real battle begins, on the ground, hand to hand, person to person. Can those who remain survive long enough to rebuild a world…or will it just take a little longer for them to die? 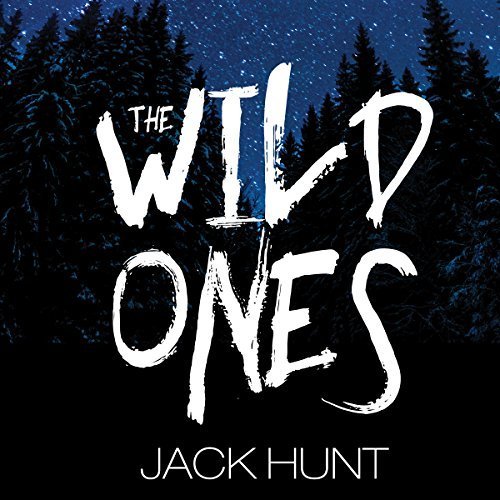 The Wild Ones by Jack Hunt
Narrated by Bertram Zeek

When a terrifying outbreak in the Adirondacks causes the infected to become violent and uncontrollable, a group of strangers forced to attend a survival camp must work together to survive.

An epic tale of friendship, survival, and beating the odds under extreme conditions. 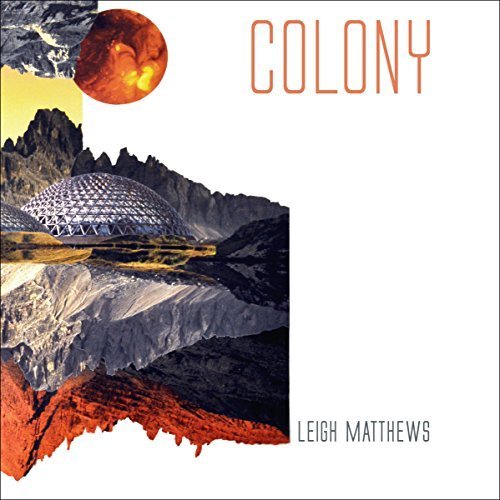 “They would face at least two winters here. The howling swirl of dust wrapping them in an ever tighter cocoon. It hadn’t been like this at first. No windstorms or unexplained power outages. No sense that the planet itself had begun to speak.”

The year is 2036, and Project Arche – an international endeavor to create a self-sustaining settlement on Mars – has sent the first wave of civilians to the planet. Silver Antara, flight engineer aboard the interplanetary transport ship, Octavia, has spent six months on the inhospitable planet, maintaining a roaming fleet of exploratory rovers looking for signs of water and, potentially, life.

Almost 34 million miles from home, Silver has learned to shelter from solar storms and guard against radiation, but when an unexplained accident occurs at the settlement’s quarry, followed by the strange disappearance of a colleague, Silver and Chief Engineer Aliyaah Diambu begin to question the behavior of some of the station’s residents and the wisdom of Project Arche as a whole.

Are the doubts in Silver’s mind just a result of fatigue or radiation sickness, or is she somehow hearing the planet itself resisting colonization?

A global outbreak has brought humanity to the brink of extinction, and mankind fights an ongoing battle for survival.

When a group of American soldiers return home from deployment infected with a highly contagious pathogen, a massive outbreak is inevitable. The ground-zero incubation period is lengthy, and before it is even known that they are infected, the soldiers have already carried it to various cities across the United States.

The infection spreads like wildfire. While there are those who struggle to defeat it, each passing day seems like a lost cause.

Where there is life, there is hope.

Safe cities are built to preserve life while there are those who have not given up and fight for a cure.

Will their efforts be in vain?

Three Miles Out: Book Two is the second and final part of the duet. It follows those who survive and are immune in the aftermath of the outbreak.

Taken from a group home at age twelve, Evan Smoak was raised and trained as an off-the-books government assassin: Orphan X. After he broke with the Orphan Program, Evan disappeared and reinvented himself as the Nowhere Man, a man spoken about only in whispers and dedicated to helping the truly desperate.

But this time, the voice on the other end is Jack Johns, the man who raised and trained him, the only father Evan has ever known. Secret government forces are busy trying to scrub the remaining assets and traces of the Orphan Program and they have finally tracked down Jack. With little time remaining, Jack gives Evan his last assignment: find and protect his last protégé and recruit for the program.

But Evan isn’t the only one after this last Orphan―the new head of the Orphan Program, Van Sciver, is mustering all the assets at his disposal to take out both Evan (Orphan X) and the target he is trying to protect. 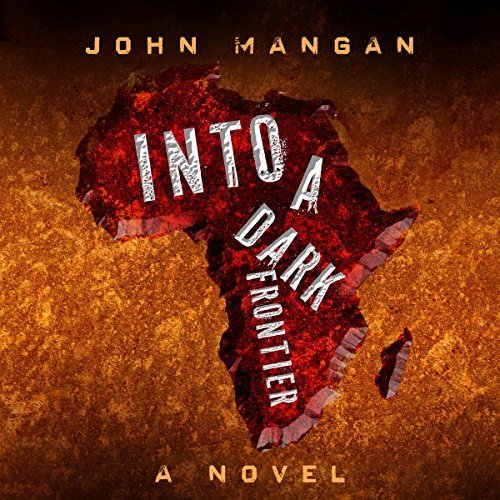 Into A Dark Frontier: A Novel by John Mangan
Narrated by Tom Kruse

“Into a Dark Frontier is cut from the same cloth as the best of Vince Flynn and Brad Thor.” – James Rollins

In the near future, Africa collapses into an enormous failed state, leaving the continent lawless and severely depopulated. For most, the breakdown brings horror, but for others – the outcast, the desperate, the criminal, and the insane – it allows unparalleled opportunity: a new frontier of danger and unlimited possibility.

In America, ex-Navy SEAL Slade Crawford, emotionally crippled after 20 years of front-line combat, the dissolution of his marriage, and the accidental death of his son, is falsely accused of terrorism. Slade flees to Africa to build a new life and escape his past, but he is captured by an enigmatic American colonel, Gary Kraven, and blackmailed into tracking down a blood cult that is rampaging across the sub-Sahara. Struggling to stay alive and to free himself from Kraven’s grasp, Slade pursues the cult across the lawless African frontier. He soon learns that nothing is as it seems and that he is standing at the epicenter of a global struggle that will determine the course of history. Slade must decide whether to fight for his life or his honor – he can’t have both. 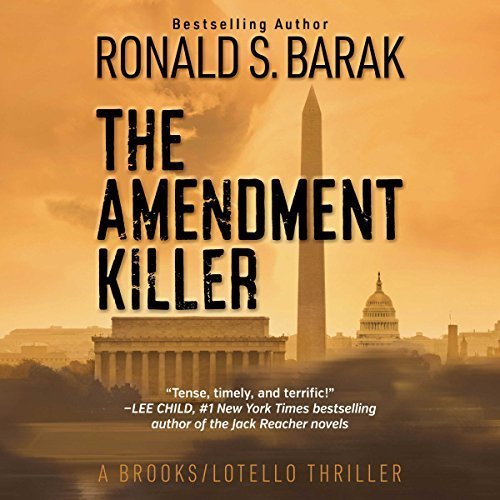 “We have your granddaughter. Here’s what you need to do.”

That’s the text message Supreme Court Justice Arnold Hirschfeld receives as hearings commence in the US Supreme Court to determine the fate of the 28th Amendment – enacted to criminalize abuse of power on the part of our political representatives.

In the meantime, Hirschfeld’s precocious and feisty 11-year-old diabetic granddaughter, Cassie, brutally kidnapped to control her grandfather’s swing vote upholding or invalidating the amendment, watches her insulin pump running dry and wonders which poses her greatest threat, the kidnappers or the clock. Brooks is forced to choose between saving our nation or saving the girl.

The president of the United States is on board Air Force One and is within 20 minutes of landing at Atlanta. He receives an unexpected call from his special black operations agents, Bridget Donavan and Matt Higgins. They inform him that a nuclear device is set to detonate when he lands. The Secret Service also learned there is a bomb on his plane, and any deviation from the planned flight route will cause the weapon to detonate.

The question that POTUS and everyone onboard wonders is: What can we do, and how the devil can this happen on Air Force One?

Find out how Bridget and Matt uncover the answer to that question. In doing so, it could very well cost them their lives in order to save the president.