Point of No Return by A.R. Shaw
Narrated by Kevin Pierce

From the best-selling author of the Graham’s Resolution series comes book three in the Surrender the Sun series.

In an impossible situation, our story of a mini ice age starts with hopefulness spanning to heartbreak. How will Bishop and the others survive impossible odds as they seek to bring those they love to shelter. And is the Osprey, and all those on board, truly gone forever? How will Jax and the others make their way on such a perilous journey? The brutality of survival in this post-apocalyptic world leaves little hope for humanity after the Maunder Minimum. Perhaps they’re lost after all. 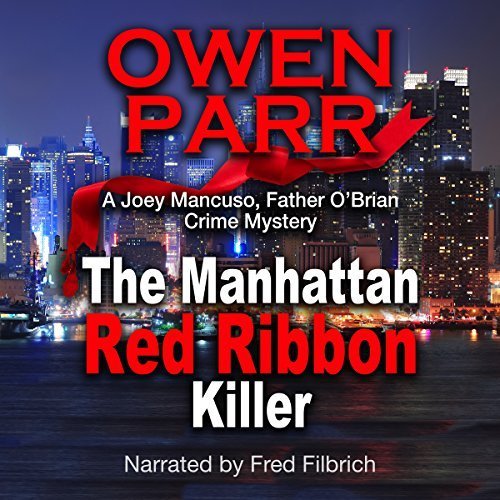 New York City is being terrorized by a serial killer preying on young professional ladies.

The authorities are baffled by the murders. The first murder was thought to be a case of extreme sex gone bad, until two more victims were added to the list. The politicos, fearing a city-wide panic, have kept the murders under wraps, desperately trying to apprehend the maniacal killer before going public. NYPD’s Midtown South Precinct, at their wits end, hire a private investigative team, Mancuso & O’Brian Investigations.

Hailed as “the last advocate of the victims” by the local New York media because of his Sherlock Holmes style of deduction, Joey Mancuso is a former top NYPD’s Midtown South Precinct homicide detective. His brother and co-partner, Father Dominic O’Brian, is the Associate Pastor at St. Helen’s Church in Brooklyn. Charged with solving these horrific murders, the brothers work out of a makeshift squad room in the back of their Irish pub set in the heart of the Financial District of Manhattan, Captain O’Brian’s Irish Pub and Cigar Bar.

The killer, profiled as an unprincipled psychopath and highly narcissistic, seems to be three steps ahead of everyone. Little does Mancuso know that this killer could turn these killings into a personal affront that can threaten him and those around him.

Now in the third book of his Mancuso & O’Brian Crime Mystery series, award-winning author Owen Parr tantalizes listeners with clues and possibilities in this fast-paced novel. Don’t be fooled by what you see! Like Mancuso, you’ll need to observe and search beyond the obvious. Join Joey and Father O’Brian as they feverishly work out of their Irish pub to solve this case that possibly threatens the ones they love. 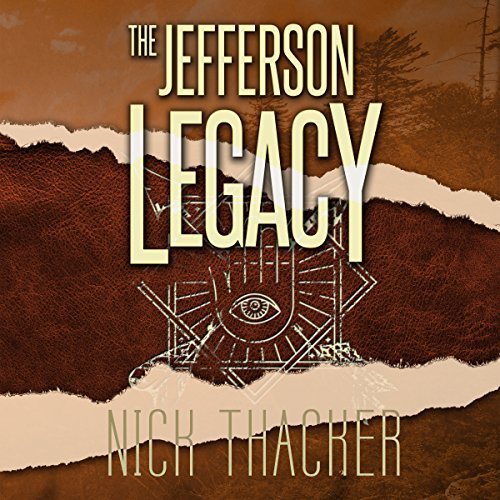 The Jefferson Legacy by Nick Thacker
Narrated by Mike Vendetti

Meriwether Lewis was murdered because he knew a secret.…A deadly secret.

From the author that brought you the best-selling Harvey Bennett Thrillers series, The Jefferson Legacy is the newest installment in the series and the first featuring the fully formed Civilian Special Operations team.

Harvey Bennett is back. Ben and his new team are hard at work putting the finishing touches on their Civilian Special Operations headquarters when they get a call: There’s been a murder and a theft of a seemingly insignificant artifact. The team heads to Philadelphia to meet up with the modern-day American Philosophical Society, to talk about the robbery and see if they can offer help….

Soon, bullets begin to fly. Apparently the APS has been keeping secrets that point all the way back to the nation’s Founding Fathers. 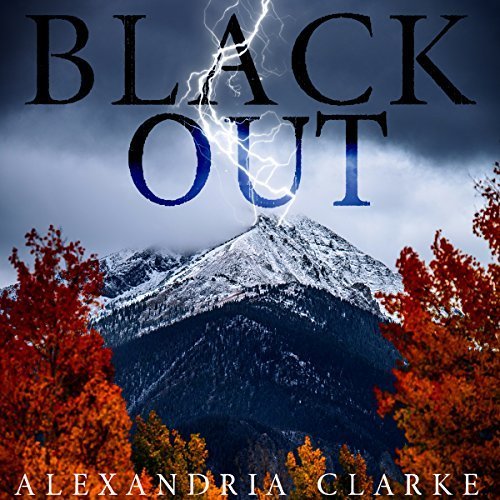 No power, no water, no emergency services, and hundreds dying by the day. This is Georgie Fitz’s reality when an EMP bomb goes off over her home in Denver, Colorado.

As one of the few who knows how to survive the start of an apocalypse, she sets out with her boyfriend to escape the city. After all, the darkness of the Rockies is safer than the violence in the streets. 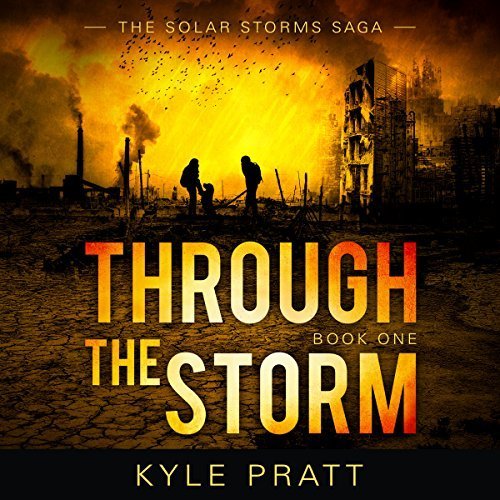 Through the Storm by Kyle Pratt
Narrated by Sean Patrick Hopkins

An immense storm on the sun has flung four coronal mass ejections at the Earth.

That’s the news Neal Evans hears while hundreds of miles from home at a conference in Nevada. Will it cause only beautiful auroras to dance across the night sky or plunge technology back 100 years? As politicians and scientists debate, Neal drives north toward home.

On the family farm, Drake Evans is a happy high school freshman. Instead of staying home with his younger brother, Conner Evans has gone hunting. So, it’s party time for Drake!

As the world descends into darkness, Neal and Conner must confront panic, hunger, and fear on their long journeys home. Drake, alone on the farm, must become a man even before he unravels his teen years. 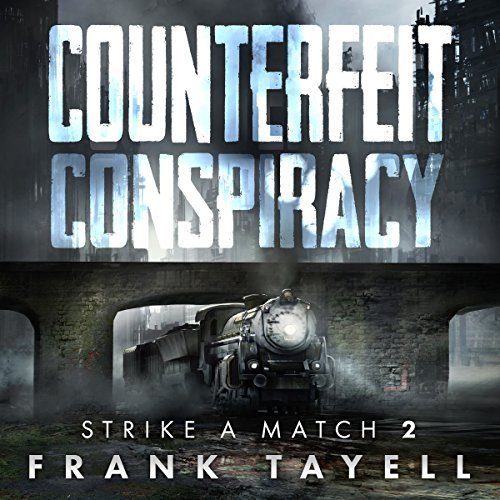 In 2019, the AIs went to war. Millions died before a nuclear holocaust brought an end to their brief reign of terror. Billions more succumbed to radiation poisoning, disease, and the chaotic violence of that apocalypse. Some survived. They rebuilt. Twenty years later, civilisation is a dim shadow of its former self. Crime is on the rise.

During the investigation of a routine homicide, Police Officer Ruth Deering prevents a group of Luddites from destroying the telegraph. This act of sabotage is only the beginning. As arrests are made, and criminals are caught, evidence emerges that the saboteurs are connected to the AIs, the counterfeiting, and to the assassination. The shadowy figure behind the conspiracy must be unmasked before their fragile democracy is destroyed. 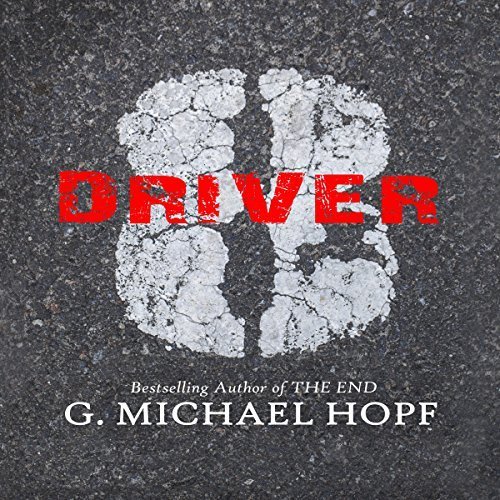 Nineteen years have past since a nuclear world war wiped out the United States, leaving nothing but charred and ruined cities. Out of the ashes, small pockets of survivors banded together to forge new societies in the few areas not ravaged by the nuclear holocaust. One community has not only risen but thrived. Known as The Collective, they pride themselves on an orderly system of government with a functioning infrastructure. The citizenry owe their success to their founder The Number One, who presides over them with an iron fist. Life in The Collective centers on contribution and purpose. All are assigned responsibilities and if one cannot fulfill them, they are cast out. The most coveted but dangerous responsibility is that of a driver. Drivers ride the lonely and barren roads scavenging and exploring the outer reaches. Over the years only one has emerged as a legend, and his name is Driver 8. 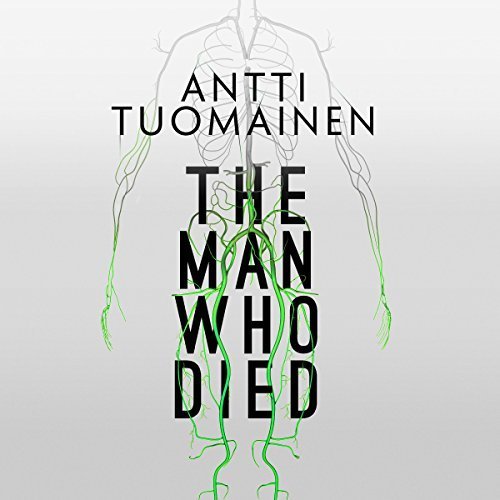 The Man Who Died by Antti Tuomainen
Narrated byKris Dyer

A successful entrepreneur in the mushroom industry, Jaakko Kaunismaa is a man in his prime. At just 37 years of age, he is shocked when his doctor tells him that he’s dying. What is more, the cause is discovered to be prolonged exposure to toxins; in other words, someone has slowly but surely been poisoning him.

Determined to find out who wants him dead, Jaakko embarks on a suspenseful roller-coaster journey full of unusual characters, bizarre situations and unexpected twists. With a nod to Fargo and the best elements of the Scandinavian noir tradition, The Man Who Died is a thriller brimming with the blackest comedy surrounding life and death, and love and betrayal, marking a stunning new departure for the king of Helsinki Noir. 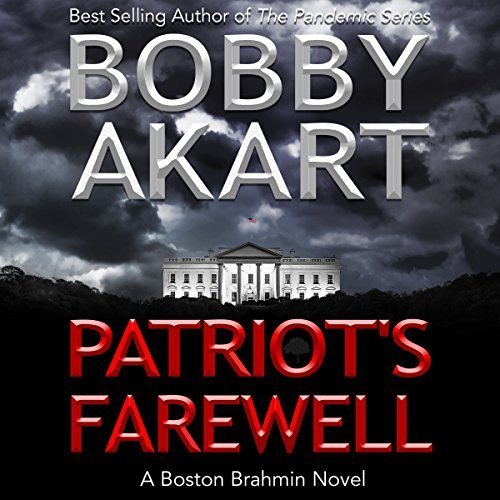 “In politics, nothing happens by accident. If it happens, you can bet it was planned that way.” – FDR

After a devastating cyber attack brought America to its knees, a reluctant hero emerged. A humble professor whose lineage dated back to the American Revolution.

Responding to the battle cry, “Choose freedom,” patriotic Americans rallied around their new president, Henry Winthrop Sargent IV, “Sarge” to his friends. As his administration worked to rebuild the nation, Sarge called upon his closest friends, the Loyal Nine, to use their skills and resources to assist him.

The nation, except for four states which seceded after the collapse, stood behind Sarge and his administration during his first term, which focused on rebuilding the country. But as his second term in office comes to an end, the nation is still divided, and the drumbeats of war can be heard from the other side of the world.

The Boston Brahmin, a shadowy group of wealthy and politically connected financiers whose roots date back to the Sons of Liberty, still look to Sarge as their leader, but storm clouds are brewing, and Sarge will find himself in the crosshairs of a power struggle.

Can Sarge bring a divided nation together before he leaves office? Can a rebuilding military face off against a major superpower? Will Sarge survive a betrayal from within the Boston Brahmin?

Author’s note: Patriot’s Farewell does not contain strong language. It is intended to entertain and inform audiences of all ages, including teen and young adults. 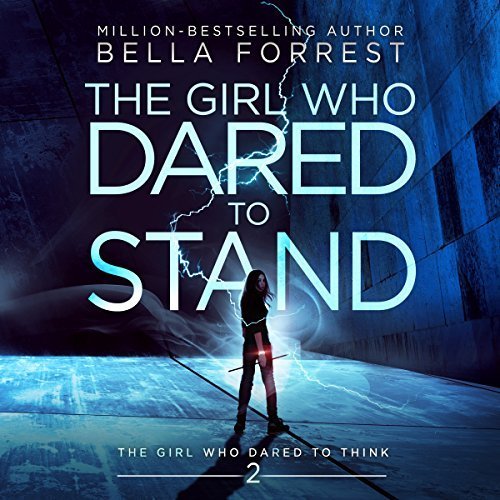 Liana Castell’s journey continues in the breathtaking second book of the best-selling The Girl Who Dared to Think series.

After stumbling upon an ancient, dusty office sealed away from the rest of the Tower, Liana makes a shocking discovery. Her first instinct is to flee – until she realizes all is not what it seems.

The room has been hidden for a reason. It holds secrets about the Tower’s past and answers that could be key to her people’s future. But with this knowledge comes grave danger, as Liana will quickly discover….

Return to the Tower in another hair-raising adventure.