Welcome to Brian’s Book Blog’s weekly New and Notable Post for the Week of June 2nd.  We share the 10 books from this week that caught our eye featuring mostly Post-Apocalyptic, Science Fiction, and Thrillers with a few others thrown in. Enjoy! 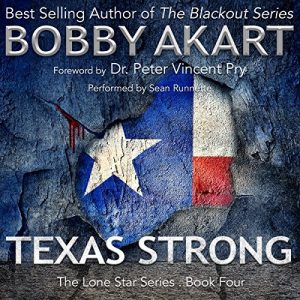 Texas free! Texas strong!
A battle cry rallied a new nation.
But a storm is brewing which could challenge the Texans’ way of life.
A warning is issued…you better leave well enough alone because you don’t know nothin’ about Texas strong.

Nuclear armageddon struck the United States and Texas received a glancing blow. The Armstrong family is reunited and now they must turn their attention to the threats which exist all around them.

Through prudent planning, Texas protected its power grid from the impact of the devastating electromagnetic pulse attack, but was it enough? The new nation is but an island surrounded by chaos and devastation. Food is running out for its nearly 30 million citizens while millions of refugees press against the border fencing erected to keep them out.

The pressure is on and an unexpected catalyst is about to create havoc for all Texans, including the Armstrong Ranch.

The Lone Star series is a thought-provoking, gut-wrenching look into a postapocalyptic country devastated by nuclear destruction.

Would you be ready to make the tough decisions to protect your family and survive? 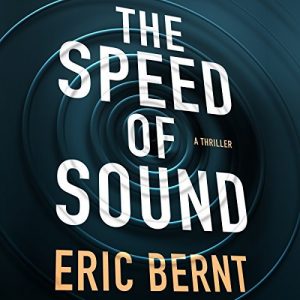 In this propulsive thriller, one of the most ingenious young men in the world has also become the most dangerous…or has he?

Harmony House is more than a “special place for special people.” It’s a think tank where high-functioning autistic savants harness their unique abilities for the benefit of society. Resident Eddie Parks’s contribution is nothing less than extraordinary: an “echo box” that can re-create never-recorded sounds using acoustic archeology.

All Eddie wants is to hear his late mother’s voice. But what he’s created is inadvertently posing a threat to national security.

To Harmony House’s shadowy government backers and radical extremists, the echo box is the ultimate intelligence asset – an end to the very concept of secrecy. Now for Eddie and the compassionate Dr. Skylar Drummond, the true nature of the institution is becoming chillingly clear.

As ruthless competing enemies close in on Eddie and his miraculous machine, Skylar risks all to take him on the run. Because once that prize is won, Eddie Parks will no longer be considered a “special person” but a dangerous redundancy. An inconvenient echo that must be silenced. 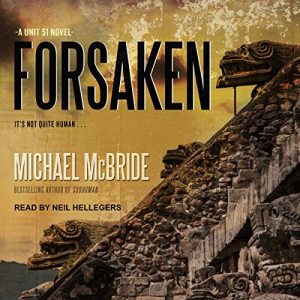 At a research station in Antarctica, scientists discovered a strange and ancient organism. They thought they could study it, classify it, control it. They couldn’t.

Six months ago, a secret paramilitary team called Unit 51 was sent to the station. They thought the creature was dead, the nightmare was over. It wasn’t.

In a Mexican temple, archaeologists uncover the remains of a half-human hybrid. They believe it is related to the creature in Antarctica, a dark thing of legend that is still alive-and still evolving. They believe it needs a new host to feed, to mutate, to multiply. They’re right. And they’re next. And the human race might just be headed for extinction… 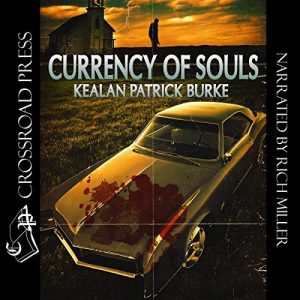 Welcome to Eddie’s Tavern, the only functioning waterhole in a near-dead town. Among the people you’ll meet tonight are: Tom, Milestone’s haunted lawman, who walks in the shadow of death; Gracie, the barmaid, a wannabe actress, doomed to spend her hours tending bar in a purgatory of her father’s making; Flo, the town seductress, who may or may not have murdered her husband; Cobb, a nudist awaiting an apology from the commune who cast him out; Wintry, the mute giant, whose story is told only in cryptic messages scribbled beneath newspaper headlines; Kyle, the kid who keeps a loaded gun beneath the table; and Cadaver, who looks like a corpse but smells real nice and occupies his time counting stacks of pennies.

And then there’s Reverend Hill, who will be in at eleven, regular as clockwork, to tell them who’s going to die and who’s going to drive. Welcome to Eddie’s, where tonight, for the first time in three years, nothing will go according to plan. 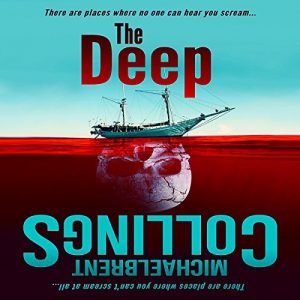 The Deep by Michaelbrent Collings
Narrated by Al Kessel
Self Published

There are places we were never meant to go…

A woman searching for a sister lost at sea.
A man bent on finding lost treasure.
A mother who has lost all hope.
A maniac who believes all life exists for his pleasure.
The man who would keep them all safe.

Together, they will all seek below the waves for treasures long buried, and riches beyond belief. But those treasures hide something. Something ancient, something dark. A creature that exists only to feed on those that would enter into its realm. A creature… of The Deep. 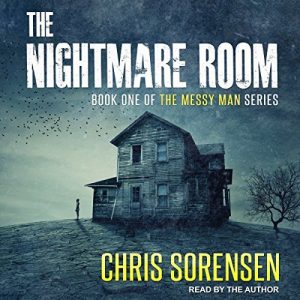 New York audiobook narrator Peter Larson and his wife Hannah head to his hometown of Maple City to help Peter’s ailing father and to put a recent tragedy behind them. Though the small, Midwestern town seems like the idyllic place to start afresh, Peter and Hannah will soon learn that evil currents flow beneath its surface.

They move into an old farmhouse on the outskirts of town – a house purchased by Peter’s father at auction and kept secret until now – and start to settle into their new life. But as Peter sets up his recording studio in a small basement room, disturbing things begin to occur – mysterious voices haunt audio tracks, malevolent shadows creep about the house. And when an insidious presence emerges from the woodwork, Peter must face old demons in order to save his family and himself. 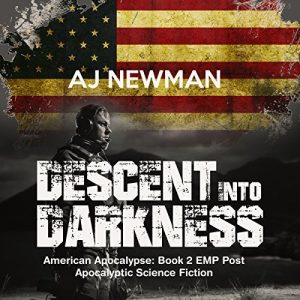 Book 2 of the series American Apocalypse continues the heroic struggles of an unlikely band of survivors in Southern Oregon. Joe Harp, the leader, was an overweight auto mechanic without any special survival skills. He had never been in the military but did know how to hunt, fish, and camp. He also had some notes his Grandma left him plus some survival books and supplies his Grandpa left him in an old cabin in the woods. Cobie Simms worked as a clerk at an outdoors store. She was working hard to survive before the SHTF while raising her daughter alone. Joe and Cobie team up to fight the evil around them and make life better for those in their small group. Cobie has been abducted in Book 1, and now Joe has to find her and bring her back to her back to him and her daughter. Many perils from gangs, starving neighbors, and disease still have to be dealt with, as Joe leads his people through the apocalypse.

Could you survive an apocalypse? Do you have military or special survival skills? Joe does not. If Joe can survive by using common sense, survival manuals, and good luck so can you. 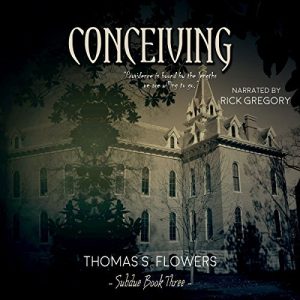 Dark things are dwelling in Jotham, Texas. Malicious forces are seen emerging from the sinister house on Oak Lee Road….

With little memory of the events that took the lives of his friends, Bobby Weeks tries to move on with his life, and finds a job at a warehouse on Galveston Island. The evil in Jotham won’t leave him behind, though. Strangers from the cursed town find him, offering information about what happened to his friends. It all leads back to Baelo University…back to Jotham.

Luna Blanche has always been gifted, but now she must use those gifts to save Bobby…. Luna goes to the Mississippi Delta to take care of her dying grandmother. She misses Bobby, and when she attempts to see Bobby through her mind, all she finds is a deadly future. Fearing his life is in danger, she leaves the Delta and searches for him in Jotham.

Neville and Boris Petry want nothing more than the picturesque American dream…. After Boris accepts a new job teaching at Baelo University, the Petrys move to Jotham to finally live out their dream. Following a drunken faculty party, Neville discovers she is pregnant. She should be ecstatic, but dreadful dreams lead her to feel as if something is wrong with the baby, her husband…and the school.

Four destinies bound on a collision course, a plot conceived in the shadows of Jotham…and an evil biding its time…waiting for them all. 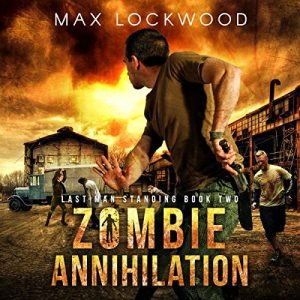 The rules of the road are much different when there are zombies blocking your path.

Matthew, Carl, and Sergio brave the toughest obstacles on the road in this new world. Nothing could have prepared them for what they would encounter. After coming across a well-defended base, they desperately try to make allies. But some of the members of the group have other ideas.

The zombies are everywhere. It’s more dangerous than ever to survive. The new members of their group want to help them survive. But when tensions rise, and one of the members gets lost to the zombies, will they be able to stand by their ethics?

Zombie Annihilation is the second book of the Last Man Standing series. 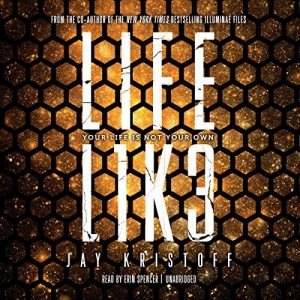 From the coauthor of the New York Times best-selling Illuminae Files comes the first book in a new series that’s part Romeo and Juliet, part Terminator, and all adrenaline.

On an island junkyard beneath a sky that glows with radiation, a deadly secret lies buried in the scrap. Seventeen-year-old Eve isn’t looking for trouble – she’s too busy looking over her shoulder. The robot gladiator she spent months building has been reduced to a smoking wreck, she’s on the local gangster’s wanted list, and the only thing keeping her grandpa alive is the money she just lost to the bookies. Worst of all, she’s discovered she can somehow destroy machines with the power of her mind, and a bunch of puritanical fanatics are building a coffin her size because of it. If she’s ever had a worse day, Eve can’t remember it. The problem is, Eve has had a worse day – one that lingers in her nightmares and the cybernetic implant where her memories used to be. Her discovery of a handsome android named Ezekiel – called a “Lifelike” because they resemble humans – will bring her world crashing down and make her question whether her entire life is a lie.

With her best friend Lemon Fresh and her robotic sidekick Cricket in tow, Eve will trek across deserts of glass, battle unkillable bots, and infiltrate towering megacities to save the ones she loves…and learn the truth about the bloody secrets of her past.