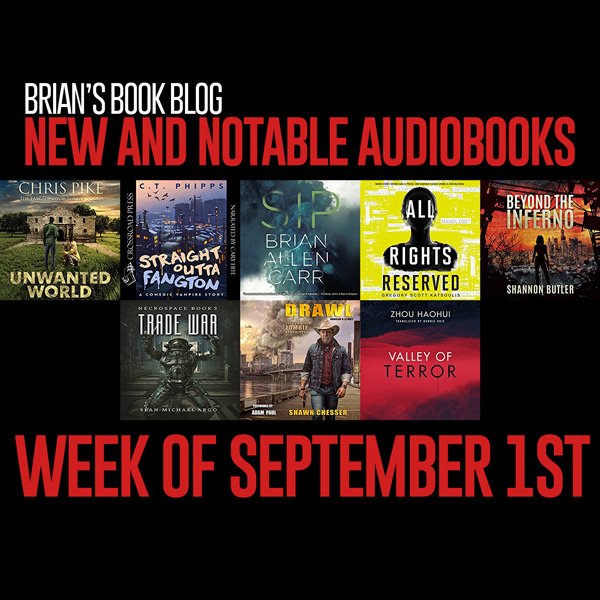 Check out the new and notable audiobooks for the week of September 1st including books from Chris Pike, C.T. Phipps, and Shawn Chesser.  Featuring Narrations by Kevin Pierce and Jeffrey Kafer. 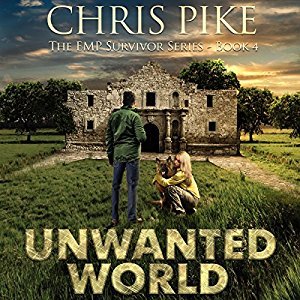 In this instantly absorbing and thrilling series, bestselling author Chris Pike delivers another suspenseful and pulse-pounding adventure in the fourth installment of the EMP Survivor series.

Nico Bell has been working undercover in San Antonio for over a year, trying to infiltrate a dangerous gang led by the mysterious Santiago. Desperate for a meeting with Santiago, Nico agrees to be a courier to pick up and deliver a package. It should have been easy, but easy isn’t in Nico’s vocabulary. EMP isn’t in his vocabulary either, but it soon will be.

Kate Chandler, who requires a service dog, desperately wants to forget her past. She works as a bartender at a historical hotel next to the Alamo in San Antonio. Young and tough, she uses the bar as a barrier so nobody will ever get close to her, again. There’s a problem, though. Nico who has been staying at the hotel has seen through the ruse. He makes a promise to her he intends to keep, that is, until the EMP interrupts his well-thought out plans.

A story filled with bravery and incredible courage, Unwanted World is a stunningly unique take on the chaos and the unraveling of society caused by the EMP. An epic tale with a twist on history and one with fascinating characters and electrifying intrigue proves once more author Chris Pike is the one to watch. 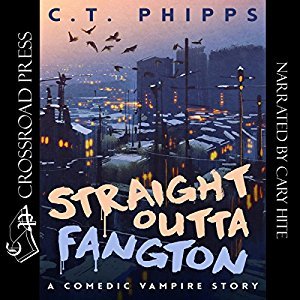 Peter Stone is a poor black vampire who is wondering where his nightclub, mansion, and sports car is. Instead, he is working a minimum wage job during the night shift as being a vampire isn’t all that impressive in a world where they’ve come out to mortals.

Exiled from the rich and powerful undead in New Detroit, he is forced to go back when someone dumps a newly-transformed vampire in the bathroom of his gas station’s store. This gets him fangs-deep in a plot of vampire hunters, supernatural revolutionaries, and a millennium-old French knight determined to wipe out the supernatural.

Sometimes, it just doesn’t pay to get out of the coffin. 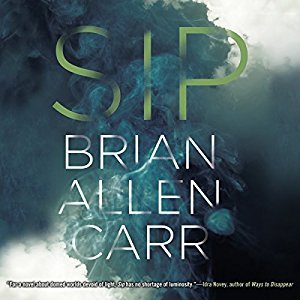 A lyrical, apocalyptic debut novel about addiction, friendship, and the struggle for survival

It started with a single child and quickly spread: you could get high by drinking your own shadow. At night, artificial lights were destroyed so that addicts could sip shadow in the pure glow of the moon.

Gangs of shadow addicts chased down children on playgrounds, rounded up old ladies from retirement homes. Cities were destroyed and governments fell. And if your shadow was sipped entirely, you became one of them, had to drink the shadows of others or go mad.

One hundred and fifty years later, what’s left of the world is divided between the highly regimented life of those inside dome cities who are protected from natural light (and natural shadows), and those forced to the dangerous, hardscrabble life in the wilds outside. In rural Texas, Mira, her shadow-addicted =friend Murk, and an ex-domer named Bale search for a possible mythological cure to the shadow sickness—but they must do so, it is said, before the return of Halley’s Comet, which is only days away. 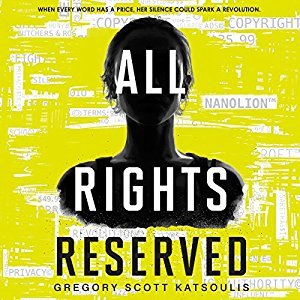 In a world where every word and gesture is copyrighted, patented or trademarked, one girl elects to remain silent rather than pay to speak, and her defiant and unexpected silence threatens to unravel the very fabric of society.

Speth Jime is anxious to deliver her Last Day speech and celebrate her transition into adulthood. The moment she turns fifteen, Speth must pay for every word she speaks (“Sorry” is a flat ten dollars and a legal admission of guilt), for every nod ($0.99/sec), for every scream ($0.99/sec) and even every gesture of affection. She’s been raised to know the consequences of falling into debt, and can’t begin to imagine the pain of having her eyes shocked for speaking words that she’s unable to afford.

But when Speth’s friend Beecher commits suicide rather than work off his family’s crippling debt, she can’t express her shock and dismay without breaking her Last Day contract and sending her family into Collection. Backed into a corner, Speth finds a loophole: rather than read her speech—rather than say anything at all—she closes her mouth and vows never to speak again. Speth’s unexpected defiance of tradition sparks a media frenzy, inspiring others to follow in her footsteps, and threatens to destroy her, her family and the entire city around them. 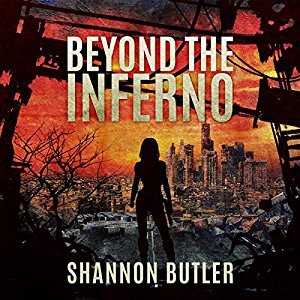 Beyond the Inferno by S Butler
Narrated by Erin Rieman

The world is dark, silent except for the crackling of flames that consume the remains of what was once Chicago. 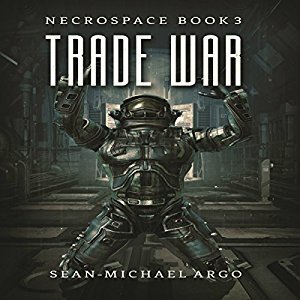 Economic competition has escalated into a full scale galactic conflict, and the salvage marines are pulling hard duty at the center of the catastrophe. All around them vast armies of conscripts, convicts, and contractors are fighting their way across hostile alien worlds and through the cold void of space at the will of their corporate masters.

Whether the marines are boldly piloting their scrap wagons through the debris fields of defeated battle fleets one step ahead of deadly slave traders, speeding in makeshift boats across a backwater planet towards a bloody conflict with the creatures that lurk just beneath the surface, or storming the trenches of a tomb world defended by pitiless mercenaries, everything is a race against other violent factions looking to cash in.

Samuel Hyst is surviving the war one day at a time, though while he is away at war his family must contend with new enemies and dangers of their own, and to reach them he will join a revolution. 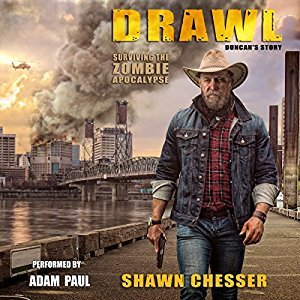 Outbreak – Day 1
Like a fragile house of cards in a hurricane, Presidents, Premiers, entire governments and their ruling bodies disappeared instantly. Some had ensconced themselves in deep underground bunkers or remained holed up in fortified strongholds, but history would tell that most had been swallowed up by the dead – never to be heard from again.

On that last normal Saturday in July, while an unknown virus indiscriminately wreaks destruction and death to all four points of the compass—a chain of events at a rally in a downtown square gets Duncan Winters to thinking that Portland, Oregon may not be immune to the quickly spreading carnage.

But seeing is not believing until that initial veil of normalcy bias—a person’s natural tendency to underestimate both the possibility of a disaster and its possible effects—is lifted and long-dormant survival instincts forged and honed in Vietnam begin to awaken within him.

In a race against time—and facing an ever-expanding quarantine zone—Duncan Winters has decisions to make, and he must make them fast. If there is anything he has learned over nearly six decades on the third rock from the sun , it’s that you’re either quick or you’re dead.

Come along and see the first days of the Zombie Apocalypse unfold through beloved STZA character Duncan Winters’ eyes. 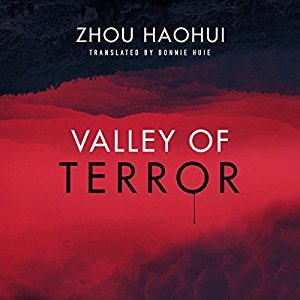 A mysterious “fear disease” is scaring to death the citizens of Longzhou, China. Literally. Victims go insane or die frozen in terror, while survivors rant maniacally about demons infiltrating the city. But what’s really behind the sudden epidemic? To find the answer, Chief Inspector Luo Fei teams up with a controversial historian and a brilliant psychologist to track down the true source of the illness and halt the wave of horror that threatens the metropolis.

As the trio ventures to the primitive jungles and mountains of Yunnan, they’re haunted by tales of a seventeenth-century general whose demonic soul, said to have been sealed away in a vial of his blood, has been unleashed on the modern world. Now, trekking deep into the legendary Valley of Terror, they find themselves being stalked by someone—or something—daring them to uncover the truth. And as superstition, science, and history collide, their discovery could be as heart-stopping as fear itself.