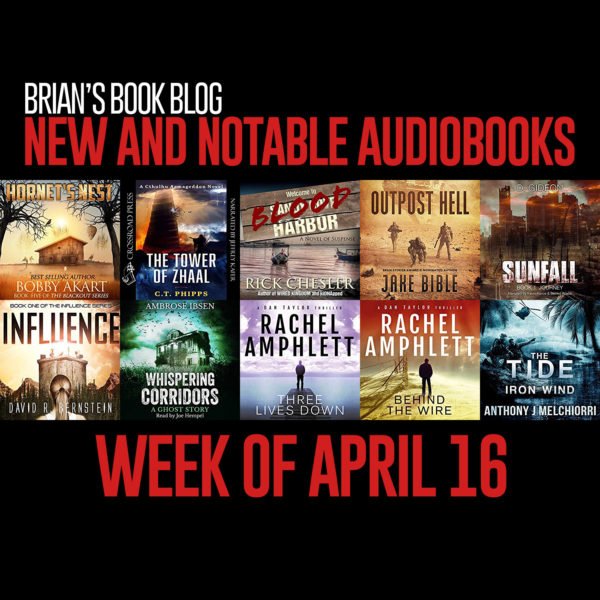 Here are the books that were released this week that I think are new and notable. (I’m a little off this week, I was away at a conference all week)

When you poke the hornets’ nest, ya better make dang sure you kill ’em all. If you don’t, you’re gonna suffer their wrath.

This fast-paced post-apocalyptic dystopian fiction series from author Bobby Akart (The Boston Brahmin series and the Prepping for Tomorrow series), has been hailed as a masterpiece of EMP survival fiction. Prepare to learn, as well as be entertained as The Blackout Series continues with Hornet’s Nest.

Hornet’s Nest, book five in The Blackout Series, tests the mettle of our characters. Will one success lead to devastation for them all? Is it possible for an unlikely group of heroes to band together to defeat an evil which had plagued a small community for decades? And if they are successful, how do you build a world shattered by the devastating aftereffects of a massive solar flare?

Note: this book does not contain strong language. It is intended to entertain and inform audiences of all ages, including teen and young adults. Although some scenes depict the realistic threat our nation faces from a devastating solar flare, and the societal collapse which will result in the aftermath, it does not contain graphic scenes typical of other books in the post-apocalyptic genre. 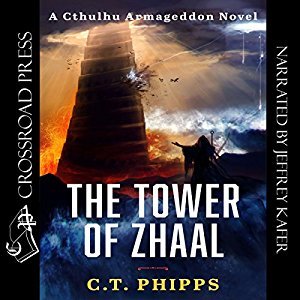 It has been a year since John Henry Booth’s exile from New America and the fall of the Black Cathedral. Cursed with a slow transformation into a monster, he has begun a doomed relationship with fellow escapee Mercury Halsey as they seek some way to arrest his transformation.

Dubious hope arrives in the form of the University, the deranged scientists and cultists descended from the staff of Miskatonic University. Except their offer of help comes at a price. Having sold themselves to ancient aliens called the Yith, they wish John and Mercury to join a group of rogues in hunting down a wayward member of their faculty: a man who intends to release the last of the sleeping Great Old Ones on an already ravaged planet. If they’re telling the truth, John and Mercury will be heroes. If.

The Tower of Zhaal is the second novel of the Cthulhu Armageddon series, a post-apocalyptic continuation of H.P. Lovecraft’s popular Cthulhu Mythos. 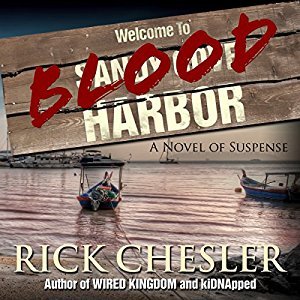 Blood Harbor: A Novel of Suspense by Rick Chesler
Narrated by David Gilmore

Matt Knox managed to reach middle age without ever breaking a law. So far as he is aware, he has never transcended the law, ever, no matter how trivial. He will not step outside the lines of a crosswalk. He refuses to take the “creative” tax write-offs suggested to him by professional advisers. He will not opt to get away with anything simply because he can.

When a local crime gang forces Matt into helping them rob a museum in order to take advantage of his holier than thou reputation, the floodgates Matt has carefully erected on the river of his true self come crashing down. His first targets: the criminals who unleashed his monster within. Their gruesome demises put a charming, California seaside town on extreme edge.

But once the common criminals are dealt with, Matt struggles to put a stop to his new-found addiction, and a local cop, recently fired for being on the take, fights to convince the townspeople that Matt “The Saint” Knox is not at all what he seems. 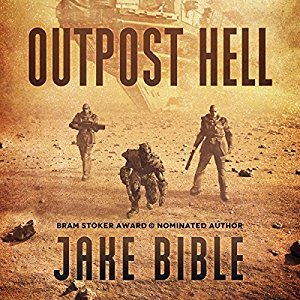 Outpost Hell by Jake Bible
Narrated by Andrew B. Wehrlen

After an opportunistic heist gone wrong, a squad of Galactic Fleet Marines set down on a remote planet hoping to repair their badly damaged ship and resupply quickly so they can be on their way to spend their new riches.

Finding the supply outpost occupied by less than normal residents, the Marines are soon fighting for their lives against a deadly force unlike any they’ve seen on the battlefield. It’ll take all their training and skills to get out alive, let alone in one piece.

Ripley’s a tomboy at heart who has never met a stranger. Her plans were to finish her veterinary studies and take her family to the country, where life wouldn’t be such a struggle. She thought the worst she’d have to deal with at the University of Maryland were the unwelcome advances and attitudes of affluent students, and the occasional East Coast hurricane.

She never expected the sun to fall down.

An immense coronal mass ejection, the likes of which the modern world has never seen, blankets the Earth and destroys the power grid worldwide.

Ripley has no communication with her family at home and – thanks to the University’s zero-tolerance policy – no weapons to protect herself. Society is becoming increasingly panicked and desperate, and the government seems slow to respond.

The world, as she knew it, has ended. A new world of lawlessness, betrayal, and scarcity is beginning.

Can she become the woman she needs to be so that she and her friends can make it home?

With the thin veneer of a civilized society collapsing, can she even survive? 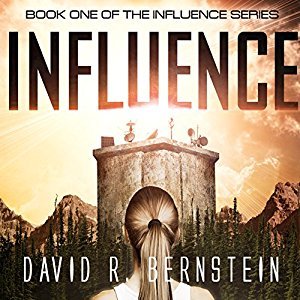 If you could manipulate reality, would you?

Seventeen-year-old Kaylin has been on the run, hiding her untapped abilities for six years, but rescuing a mysterious guy risks exposing the depths of her power. The manipulative sector groups hunt her kind. Life has never been easy, but resisting is even harder. This harsh, new world will no longer allow her to remain hidden.

In a future where greed and corruption has torn American society apart; these relentless sector groups prey on powerful youths to mold the populace to expand their reach. Young people with the ability to shift the mindset of others are high-value targets. War is waging to expand and control this new world. Influencers, as they’re called, hold the key to humanity’s future.

Will fighting back cost Kaylin everything?

Influence is the first novel in the Influence series, a sci-fi, dystopian epic with a touch of romance, loads of fast-paced action, with a unique story concept. If you are a Maze Runner or Divergent fan than this is the book is for you!

Buy Influence today to listen to a YA dystopian/light romance that will leave you hungry for more! 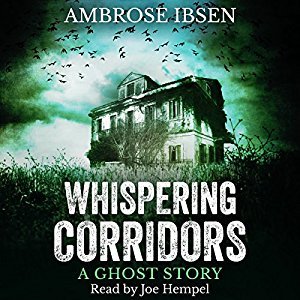 There’s something in the house on Kenwood Drive, and it only comes out at night…

College students Eric and Lydia are looking for a novel way to spend Halloween. They decide to put together a documentary about the supernatural and take a camcorder into the long-abandoned house on Kenwood Drive. It’s said that a vengeful spirit lives there, and Lydia thinks it the perfect location.

Eric, though, has his reservations. Having grown up in the area, he’s familiar with the stories of the spirit they call the “Upside-Down Man”, and as their trip to the house draws near, his fear begins to mount. According to the rumors, once you go into the house, you bring the Upside-Down Man out with you. And in three days’ time, you disappear.

When the two of them begin to see and experience strange things, they launch into a frenzied search for truth, attempting to separate the myth of Kenwood House from the reality. But it turns out that untangling the threads of local legend is more difficult than it appears.

Especially when you’ve only got three days. 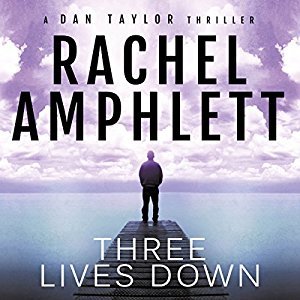 Dan Taylor has survived two attempts on his life. The rest of his team is missing, and now a terrorist group has stolen a radioactive isotope from a top secret government project.

Can Dan survive long enough to prevent a nuclear disaster on British soil?

With the Prime Minister determined to re-negotiate the country’s place in the European Union, and deals being struck behind closed doors, Dan stumbles across a plot that will shake the country to its core.

If his mission fails, his enemies will overthrow the British government, and Dan will be a wanted man.

If he wants to succeed, he’ll have to sacrifice everything. 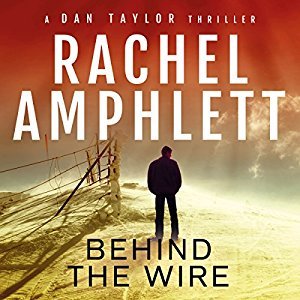 Behind the Wire: A Dan Taylor Thriller by Rachel Amphlett
Narrated by Craig Beck

Dan Taylor is trying to keep a low profile when an old friend contacts the Energy Protection Group seeking his help.

The man’s daughter is alone in sub-Saharan Africa, and her life is in grave danger.

Thrust back into active duty, Dan soon realizes that getting Anna to safety is only half his problem. The forensic accountant holds the key to preventing Western Sahara descending into chaos, and exposing the puppet masters behind a coup d’état.

With a group of militants financed by a regime intent on acquiring mineral assets in the conflict-torn country in pursuit and willing to do anything to stop him, Dan must draw on old survival skills and luck to make sure Anna and the evidence she has in her possession reaches safety.

Behind the wire lies a secret – a secret that people will kill to protect. 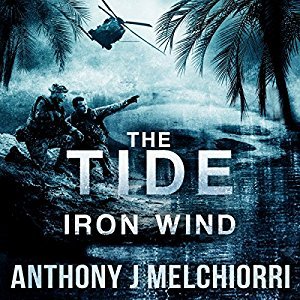 The Democratic Republic of the Congo already faced the extreme ravages of war before the outbreak. Deep within the militia-controlled jungles, Captain Dominic Holland and his covert group, the Hunters, follow a lead in a desperate race to uncover who is responsible for the biological weapon turning humans into the monsters known as Skulls. But what they uncover may be far more dangerous and frightening than they ever expected.

Back in the United States, a lost member of Dom’s team makes a final stand to survive and reunite with the Hunters. He faces a relentless tide of Skulls alone. Haunted by his past, he soon realizes far more is at stake than just his survival. The fate of the Hunters and their mission may rest in his hands.

May 11th New and Notable Audiobooks on B