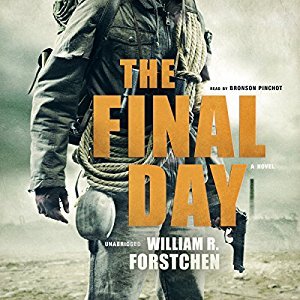 The highly anticipated follow-up to William R. Forstchen’s New York Times best-sellers, One Second After and One Year After, The Final Day immerses listeners once more in the story of our nation’s struggle to rebuild itself after an electromagnetic pulse wipes out all electricity and plunges the country into darkness, starvation, and terror.

After defeating the designs of the alleged federal government, John Matherson and his community have returned their attention to restoring the technologies and social order that existed prior to the EMP (Electro-Magnetic Pulse) attack. Then the government announces that it is ceding large portions of the country to China and Mexico. The Constitution is no longer in effect, and what’s left of the US Army has been deployed to suppress rebellion in the remaining states.

The man sent to confront John is General Bob Scales, John’s old commanding officer and closest friend from prewar days. Will General Scales follow orders, or might he be the crucial turning point in the quest for an America that is again united? As the dubious Federal government increasingly curtails liberty and trades away sovereignty, it might just get exactly what it fears: revolution. 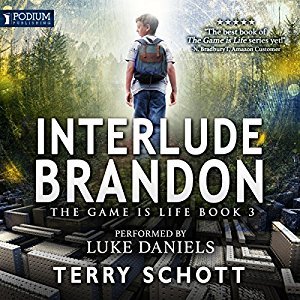 Brandon Strayne. Brilliant computer programmer, businessman, and world leader. Where did this mysterious man come from?

This volume details Brandon’s history and rise to power. Before there was the Game, there was a boy.

This takes the story of the Game even further by viewing how it all started!

A must-listen for all fans of The Game Is Life series. 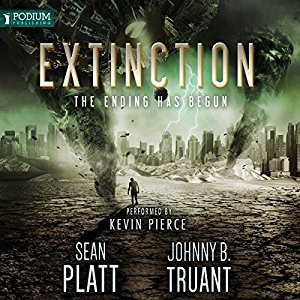 The ending has begun.

The arrival of a metropolis-sized Astral vessel (the so-called “Eternity ship”) sounds the opening bell for the beginning of humanity’s end. Judgment is over, and now the Horsemen have come to restart the planet’s clock.

As the final countdown begins, Meyer and his crew find themselves with only two options: stay in the city and die, or run into the coming apocalypse and take their chances.

But Clara is still missing, and she’s found new and powerful friends.

A Stranger has arisen with odd magic on his hands, keeping secrets that even the overlords don’t know.

Viceroys in the remaining capitals are tasked with eight disturbing challenges to decide who among humanity lives or dies.

Seven new leaders arise, each with their own unseen talents for the end of days.

And as the deathbringers lay waste to the planet and herald the start of a new epoch, a new force brews out of nothing. One that even the Astrals never saw coming.

This relentless, pause-resisting tale of colonization and alien empire is the sixth in the Alien Invasion series by masters of story Truant and Platt, authors of The Beam, Robot Proletariat, the Dream Engine series, and many more. 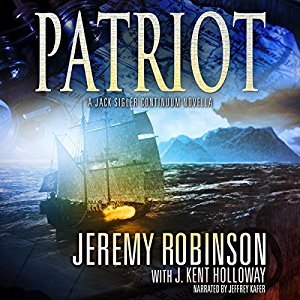 Sometimes, the cost of immortality is too high….

The year is 1775, and the first rumblings of the American Revolution are only just being felt. But the War for Independence may be over before it even begins. When General George Washington learns of a daring expedition by British troops to discover a place of ultimate power – and the key to immortality itself – he knows that to salvage the war effort, his forces must get there first.

And to find the legend, Washington must employ a legend. Rumors of an ageless pirate who has haunted the high seas for more than a century abound. General Washington commissions an expedition to find and hire the immortal pirate, Lanme Wa – the Sea King – who has been stretched to the point of breaking, and who wants nothing more than to be left alone.

Their mission will not be easy. In a Caribbean world filled with voodoo, giant pythons, mischievous spirits, and an army of mindless creatures who could live for millennia, the privateers of the Continental Navy might have bitten off more than they can chew.

Jack Sigler, an immortal Special Ops soldier stuck in the past, forced to live through thousands of years of history to return to his family in the present, is back in this second Continuum thriller from Jeremy Robinson and J. Kent Holloway, who once again boldly re-imagine history. 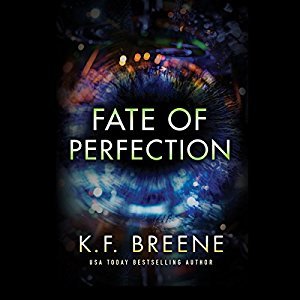 Fate of Perfection by K.F. Breene
Narrated by Angela Dawe

In a corporate-controlled future where the ruling conglomerates genetically engineer their employees, Millicent Foster is the best of the best.
Physically perfect and exceptionally intelligent, Millicent is granted the uncommon privilege of breeding. But her daughter inherits more than superior genetics…little Marie has a rare ability that the world has never seen, and her conglomerate, Moxidone, will stop at nothing to have sole possession of the child.

Teamed with Ryker, the formidable master of security, Millicent must risk everything in a life-and-death struggle to tear her daughter away from the ruling force who wants to own them all. The odds are stacked against them, but Moxidone will learn that the pursuit of perfection comes at a perilous cost – and that love can’t be bought at any price. 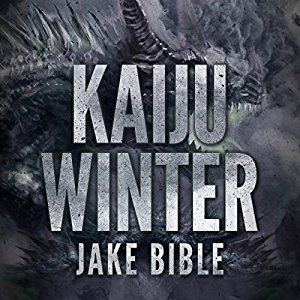 The Yellowstone super volcano has begun to erupt, sending North America into chaos and the rest of the world into panic. People are dangerous and desperate to escape the oncoming mega-eruption, knowing it will plunge the continent, and the world, into a perpetual ashen winter. But no matter how ready humanity is, nothing can prepare them for what comes out of the ash: Kaiju! 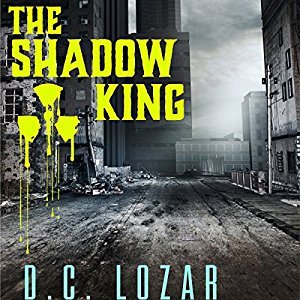 The Shadow King by D.C. Lozar
Narrated by Quinn Lozar

In a future where all the adults have mysteriously disappeared, gangs of children live brutal lives as scavengers. In this cyberpunk urban thriller, Flip and his friends explore the swamps that surround their ghost town, find unimaginable treasures, and fall prey to a vicious predator who tests their fragile friendships. High-tech weapons that paralyze, underground parking garages run by AIs, and biologic weapons thirsty for human blood set the stage for this sci-fi novelette.

One thought on “New and Notable Audiobook Releases (Week of January 3, 2017)”