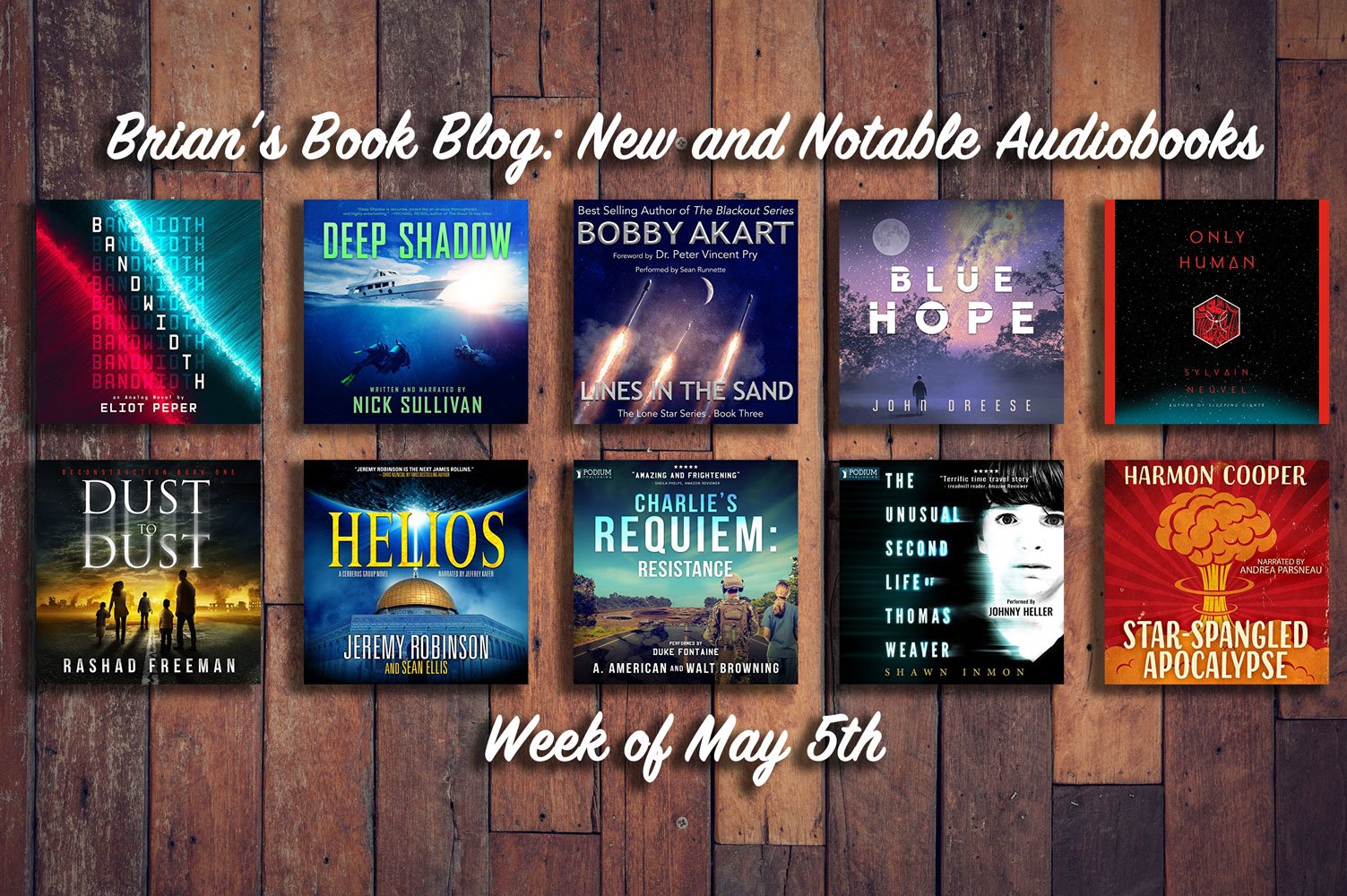 Here are this week’s (Week of May 5th) new and notable audiobooks featuring Post-Apocalyptic, Sci-Fi, Thrillers, and more from Brian’s Book Blog.

Book covers and bolded titles may have affiliate links to Amazon (where you can buy the Audible version). Clicking these helps support this site, so thank you if you do.

New to Audible? Get 2 free books (instead of just 1!) when you sign up using this link:  Try Audible and Get Two Free Audiobooks 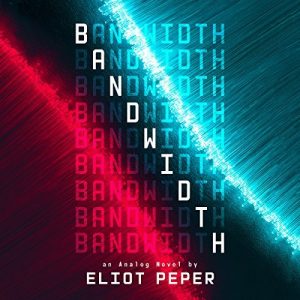 “A future we can all recognize – and one that we should all be genuinely afraid of.” – Ars Technica on Cumulus

A rising star at a preeminent political lobbying firm, Dag Calhoun represents the world’s most powerful technology and energy executives. But when a close brush with death reveals that the influence he wields makes him a target, impossible cracks appear in his perfect, richly appointed life.

Like everyone else, Dag relies on his digital feed for everything – a feed that is as personal as it is pervasive, and may not be as private as it seems. As he struggles to make sense of the dark forces closing in on him, he discovers that activists are hijacking the feed to manipulate markets and governments. Going public would destroy everything he’s worked so hard to build, but it’s not just Dag’s life on the line—a shadow war is coming, one that will secure humanity’s future or doom the planet to climate catastrophe. Ultimately, Dag must decide the price he’s willing to pay to change the world. 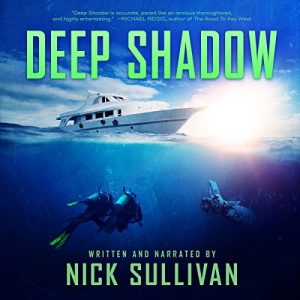 In the turquoise waters of the Caribbean, something lethal is on the move.

Scuba divers travel from all over the world to visit the little island of Bonaire, with its crystal clear waters and a host of beautiful marine life. After three years in the “Diver’s Paradise”, divemaster Boone Fischer thought he’d seen it all, but on a routine afternoon dive, he spots something that will turn his tranquil life upside down.

From the arid shores of the ABC Islands to the tropical jungles of Venezuela, and from the ocean depths of the Southern Caribbean to the lush islands of the Northern Leewards, Deep Shadow takes Boone and the listeners on an action-packed adventure filled with danger and suspense.

“Every damn sentence in Deep Shadow vibrates with authenticity — whether it’s diving at the edge of an abyss, pushing an open fisherman to its limits in a rough sea, or detailing a claustrophobic smuggler submarine. You can smell the sweat on the bad guys, and the good guys (and girls) never seem contrived. Deep Shadow is accurate, paced like an anxious thoroughbred, and highly entertaining. I can’t wait for the next one.” – Michael Reisig, best-selling author of The Road to Key West series. 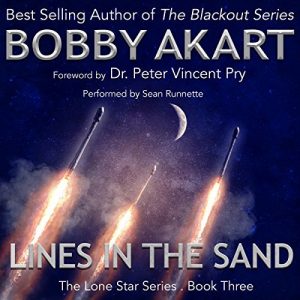 As America suffered,
Borders were defined and
Lines in the Sand were drawn.
Cross them…you suffer the consequences.

The critically acclaimed Lone Star Series continues with Line in the Sand. Author Bobby Akart masterfully intertwines historical fact with plausible fiction in this postapocalyptic EMP survival fiction series that continues to follow the saga of the Armstrong family, Texas ranchers who have prepared for the worst but now must deal with those who have not.

Major and Lucy Armstrong’s four children are spread around the globe and are in a race against time to return to Texas before societal collapse takes America to the depths of human depravity. They use their ingenuity, grit, and faith to persevere but find themselves facing a most unexpected enemy.

The Lone Star Series is a thought-provoking, gut-wrenching look into a postapocalyptic country devastated by nuclear destruction.

Would you be willing to cross the lines in the sand to survive?

Note: The Lone Star Series does not contain strong language. It is intended to entertain and inform audiences of all ages, including teens and young adults.

Although some scenes depict the realistic threat our nation faces from a nuclear war and the societal collapse that will result in the aftermath, it does not contain graphic scenes typical of other books in the postapocalyptic genre.

I believe more of our young people need to lead a preparedness lifestyle. Studies show that our millennials do not have any of the basic survival skills. By writing this series free of vulgarities and gratuitous sexual innuendo, I’ve intended it to be suitable for everyone. 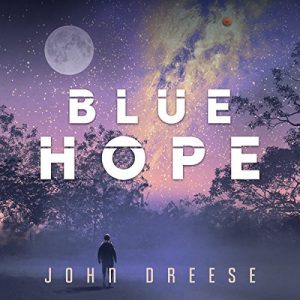 Four astronauts left home to be the first humans on Mars. What didn’t come back will haunt life on Earth forever.

Follow the adventure as disaster triggers the greatest treasure hunt in history – spanning the globe and beyond. The prize is nothing short of humanity’s very survival.

Blue Hope marks the final book in the Red Hope series, but it can also be enjoyed as a stand-alone adventure. 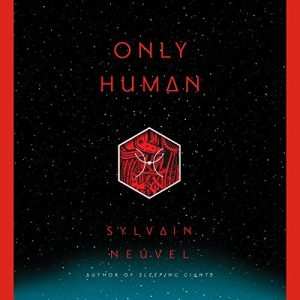 Pacific Rim meets The Martian in the explosive follow-up to Sleeping Giants (“One of the most promising series kickoffs in recent memory” —NPR) and Waking Gods (“Pure, unadulterated literary escapism” —Kirkus Reviews).

Brilliant scientist Rose Franklin has devoted her adult life to solving the mystery she accidentally stumbled upon as a child: a huge metal hand buried beneath the ground outside Deadwood, South Dakota. The discovery set in motion a cataclysmic chain of events with geopolitical ramifications. Rose and the Earth Defense Corps raced to master the enigmatic technology, as giant robots suddenly descended on Earth’s most populous cities, killing one hundred million people in the process. Though Rose and her team were able to fend off the attack, their victory was short-lived. The mysterious invaders retreated, disappearing from the shattered planet…but they took the scientist and her crew with them.

Now, after nearly 10 years on another world, Rose returns to find a devastating new war – this time between humans. America and Russia are locked in combat, fighting to fill the power vacuum left behind after the invasion. Families are torn apart, friends become bitter enemies, and countries collapse in the wake of the battling superpowers. It appears the aliens left behind their titanic death machines so humankind will obliterate itself. Rose is determined to find a solution, whatever it takes. But will she become a pawn in a doomsday game no one can win? 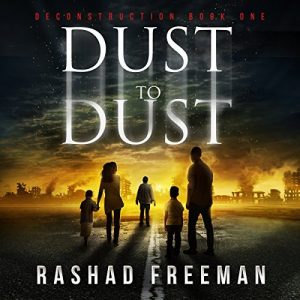 “Maybe it’s always the end of the world.”

Tornadoes in New York. Earthquakes in Florida. Electronics failing across the globe. The Earth has had enough of humans and now it’s fighting back.

In the blink of an eye, Randall and his family are ripped from their life in the suburbs and cast into a struggle for survival. A series of torrential storms turn the roads into rivers and tears apart the power grid. Unexplainable earthquakes decimate the city, cutting them off from whatever civilization remains. And that’s just the beginning….

Their isolated neighborhood can only protect them for so long. As society spirals into the depths, the worst of mankind lurch out of the darkness, to take what they can.

In a world without answers or rules, where the costs of food and water are paid in blood, Randall must make an impossible decision. Does he risk the life of his young family and venture into the remnants of a ruined world or does he stay back and pray that help makes it before the gates fall?

Four different stories, one terrible event…this is the Deconstruction series.

The beginning of the end

A deadly swarm of earthquakes shakes the planet. In the sky above, the sun appears to stand still. While the world reels from the vast destruction, George Pierce and the Cerberus Group, a team of scientific and historical experts, uncover an imminent threat straight out of history that must be stopped. But not everyone wants them to succeed.

An apocalyptic death cult, made up of suicidal martyrs and true believers who will do whatever it takes to ensure the destruction of all life on Earth, goes head-to-head with a billionaire tech genius commanding an army of robots, on a quest to own the sun itself.

Caught in the middle, the Cerberus Group must fend off both sides while traveling to every corner of the map, and into the depths of myth and history, to find the holiest treasure on Earth – an artifact that can harness the power of creation. The prophecies are true.

The end is nigh.

Jeremy Robinson and Sean Ellis, the international best-selling team behind the Jack Sigler thrillers, including Cannibal and Empire, continue the new series that rewrites the way we see history. Rivaling the best of Matthew Reilly and James Rollins, Helios combines a blistering pace with fringe science and myths reborn.

The city has become a warzone. Charlie and her companions must survive the gangs and corrupt government agents that are out to stake their claims on the nation’s riches. Should she try and flee to the countryside, with each neighborhood a potential trap and every house a threat? Or should she stay and fight the building tyranny?

Dwindling food supplies and the daily risk of capture are taking their toll. Mistakes are fatal, and the exhaustion that comes with living under constant danger is wearing them down.

Betrayal, pain, and death are the norm. Who can they turn to when everyone is the enemy? Charlie’s world is about to change, and decisions that she and the others make will lead to life or condemn them to a quick and merciless death. 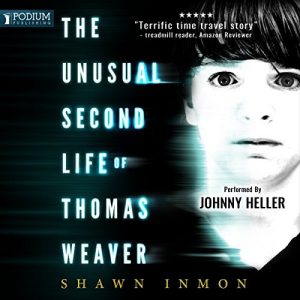 All Thomas Weaver wanted was death. What he got was time travel.

Thomas Weaver, haunted by a teenage tragedy, lived a wasted life. He closed his eyes for what he believed was the last time in 2016, but opened them again in his teenage bedroom and body in 1976. Now a middle-aged man in his teenage body, he sets out to fix everything he did wrong in his first life. A budding serial killer in home room, a possible new romance, and high school algebra complicate his plans.

What would you do, if you could do it all again?

Includes a special bonus note read by the author. 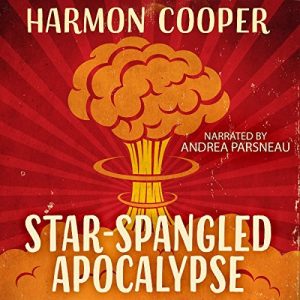 Assuming the fiery attack by the Russians on Austin, Texas is the start of Armageddon, James, an East Texas good ol’ boy with a drinking problem, and Virgil, a drugged-out yogi, set out on an adventure across America to save James’ long lost son.

Along the way, James and Virgil form a bipartisan relationship stitched together by mutual self-destruction as they encounter a series of angels and demons who force the former co-workers to come face to face with their folly, its impending results, and the burgeoning doom that lies ahead.