The whole world has gone mad…

Warning:  This review and explanation will contain some slight spoilers for the first two books in the series.  I try my best to not include spoilers, but it’s impossible to do when writing reviews of a series.

Follow this ragtag gang of survivors as they save their own, themselves and others from this mad, mad world.  Vegas is a scary place — and they have to go back to save some of their own from people who are trying to prosper in this ever-changing world.

The narration in this was a surprise to me.  It wasn’t just done by Hillary Huber for everyone, but this time, Hillary voiced Vivian and Patrick Lawlor voiced Axl.  This was a nice change from the original two books.  I really enjoy Hillary’s voice, but the addition of Patrick added a rawness to it that Axl needed.  It helped me fall for the world that the author wrote out even more.  The quality was perfect.  No issues with this book at all.

This book was more graphic than the first two.  Not necessarily from the zombies, there was actually less zombie action in this one.  But to be frank, there are some graphic scenes in this that would cause a trigger issue with some people.  With that being said, the book was great.  I loved to story. It felt real, it felt raw, and it felt like something that would actually happen.

I absolutely love the growth of the characters from the first book until this one.  Axl has changed, in some good ways and some he’s unhappy with from the first book.  Vivian is stronger than ever and is such an interesting character to follow throughout.  The hardening and softening of some characters are perfectly explained.  Some people needed to toughen up while others need to be more human and feel.  I loved the way this was done throughout the series (especially in this book).

Overall, this was the least like the other two in the series, but I still really enjoyed the book.  Normally I don’t like when a series is written out over more than three books unless I really like the world that is written about.  This is one of those worlds.  I just need to know what happens next to these characters in this ever degrading world.

Mad World is the third book in the Broken World series, which follows a group of survivors after a super-virus has destroyed the world and the dead have come back to claim it as their own…

Vivian didn’t think things could get any worse than losing Emily, and getting to the shelter should have been their salvation. But once again their hopes where shattered when they found out things weren’t as safe as promised, forcing them to head into Vegas in search of supplies.

But now Vivian and Hadley find themselves in a situation more threatening than even the dead walking the Earth. Kidnapped by armed men and taken deep into Vegas, they’re cut-off from anyone who cares about them and thrust into a world so sick and twisted it can only be described as madness. Knowing that Axl has no idea where they are and little hope of finding them, Vivian and Hadley must team up with one of the very men who abducted them if they have any hope of escaping their new nightmare.

Watching Vivian get thrown into the back of a van almost tears Axl apart, and he’s determined to find her no matter what it takes. With the growing tension between him and Angus, Axl finds himself wondering if the price will be his relationship with his brother. Putting both old and new wounds aside, Axl and Angus must infiltrate the group holding Vivian and Hadley, and make their escape through a zombie-ridden Vegas.

But the men in charge of Vegas aren’t the type to easily forget, and the group soon discovers that getting the girls out alive very well could mean the end for them all… 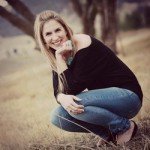 Kate L. Mary is an award-winning author of New Adult and Young Adult fiction, ranging from Post-apocalyptic tales of the undead, to Speculative Fiction and Contemporary Romance. Her YA book, When We Were Human, was awarded the Silver Medal for Young Adult Fantasy/Sci-Fi Fiction from the 2015 Moonbeam Children’s Book Awards, and her Broken World series has been an Amazon best-seller since the release of book one in 2014.