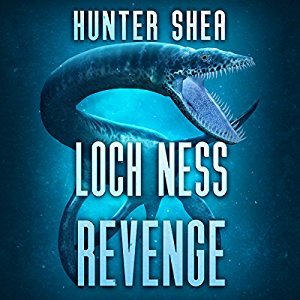 ★★★☆☆
A great book with a bad narration choice

One of the most frustrating things being an audiobook reviewer is when you get a book that you’re so excited for and it lets you down.  But let me correct that, the book itself didn’t let me down.  It was exactly what I thought I was going to get.  A fast-paced horror (borderline horror comedy) that had surprises around every corner.  But in the case of Loch Ness Revenge.  The choice of narrator — might be the worst I’ve come across in my few years doing this.

I don’t think there is anything wrong with Wes Grant’s voice — if he were doing a country style book, or one with people based in the southern US.  He just had a gratingly southern style voice that didn’t fit this book at all.  The main character was a no-holds-barred woman.  I could picture her voice in my head pretty well, I even thought about narrators that would have done a great job with this role. Wes Grant was not one of them.  He over-enunciated words that didn’t need it.  Mispronounced words (like cache — he said cash-shay instead of cash).

About halfway through this audiobook I almost didn’t finish it.  The only thing that saved it was that Shea wrote a darn good book.  Seriously, this book was so enjoyable.  Exactly what I was expecting out of a Severed Press “monster” horror book.  Exactly what I wanted to read.

The main character Natalie was perfect for the role in this.  Slighted and out for revenge — she was perfectly written and explained.  Her brother added a dimension that she needed, but the other side characters really added the third and final needed dimension to this story.  They added comedic relief and just an over-the-topness to this already over-the-top book.

Overall, the book itself was really enjoyable.  Loch Ness Revenge is definitely a book I would recommend if you like Shea’s other novels or Severed Press books.  But, I would 100% skip the audiobook version.  If this is re-released with a new narrator (please pick a female, please?) I would obvious revisit it and see how the book changed.

Deep in the murky waters of Loch Ness, the creature known as Nessie has returned. Twins Natalie and Austin McQueen watched in horror as their parents were devoured by the world’s most infamous lake monster. Two decades later, it’s their turn to hunt the legend. But what lurks in the Loch is not what they expected. Nessie is devouring everything in and around the Loch, and it’s not alone. Hell has come to the Scottish Highlands. In a fierce battle between man and monster, the world may never be the same. 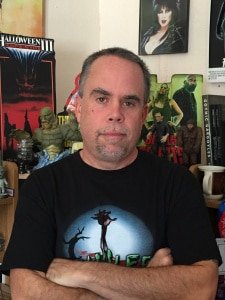 Hunter Shea is the product of a misspent childhood watching scary movies, reading forbidden books and wishing Bigfoot would walk past his house. He doesn’t just write about the paranormal – he actively seeks out the things that scare the hell out of people and experiences them for himself. Hunter’s novels can even be found on display at the International Cryptozoology Museum. His video podcast, Monster Men, is one of the most watched horror podcasts in the world. He’s a bestselling author of over 13 (lucky number!) books, all of them written with the express desire to quicken heartbeats and make spines tingle. Living with his wonderful family and two cats, he’s happy to be close enough to New York City to gobble down Gray’s Papaya hotdogs when the craving hits.