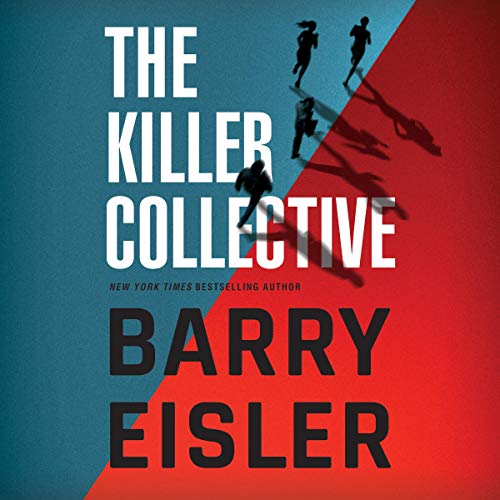 Enjoyable From Beginning To End

This is the first book of Eisler’s that I’ve read and I can tell you that it definitely will not be my last. I can’t tell if The Killer Collective is a continuation of any other series or if there are characters in this that were introduced in other novels – but I’m okay without knowing.  Eisler did a fantastic job describing each character and not leaving a new reader like me in the dark.

Livia Lone might be one of the best characters I’ve read in a long time.  She has a fascinating backstory that Eisler gave to us like an IV drip.  I knew that things happened to her but we find out about them drop by slow drop to the point where I realized quickly that her backstory was going to be just as fascinating of a story as the full story arc.

The story itself dragged me in within the first few minutes of this audiobook.  I was absolutely hooked. I have a friend who works a similar job to Livia and within the first hour of the book I’d already reached out and told her that she needed to check this book out.

I realized while writing this out that I couldn’t really dive into a lot of the specifics since Eisler does a great job in weaving intricacies into the story without making them feel like they are important but later you find out that they are.

Overall, a fun as hell read that I absolutely flew through.  Just know if you enjoy big, bold, action-packed thrillers – The Killer Collective will be right up your alley. Eisler wasn’t high on my list before (my fault) but he is now.  I love that he narrates his own books – he has a great voice and is able to add in some detail and character traits into his readings that another narrator would miss.

A fast-paced, pause-resisting novel of betrayal, vengeance, and depraved secrets in high places from the New York Times bestselling author of the John Rain and Livia Lone series.

When a joint FBI-Seattle Police investigation of an international child pornography ring gets too close to certain powerful people, sex-crimes detective Livia Lone becomes the target of a hit that barely goes awry - a hit that had been offered to John Rain, a retired specialist in “natural causes.”

Suspecting the FBI itself was behind the attack, Livia reaches out to former Marine sniper Dox. Together, they assemble an ad hoc group to identify and neutralize the threat. There’s Rain. Rain’s estranged lover, Mossad agent and honeytrap specialist Delilah. And black ops soldiers Ben Treven and Daniel Larison, along with their former commander, SpecOps legend Colonel Scot “Hort” Horton.

Moving from Japan to Seattle to DC to Paris, the group fights a series of interlocking conspiracies, each edging closer and closer to the highest levels of the US government.

With uncertain loyalties, conflicting agendas, and smoldering romantic entanglements, these operators will have a hard time forming a team. But in a match as uneven as this one, a collective of killers might be even better.