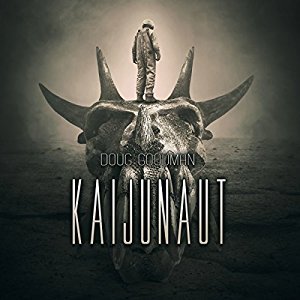 Surprises around every corner

I haven’t seen a cover that I was more drawn to in quite some time.  I saw the cover and instantly thought, “Oh, I need to read that”.  I was right.  Kaijunaut was an interesting book full of surprises.  Granted I go into books with a pretty open mind so I’m more easily surprised than some readers of this genre, I was still amazed at some of the things I didn’t see coming.

Unfortunately, because I do not do spoilers in my reviews I cannot tell you about any of these surprises, but I will say that they are plentiful and seemingly random.

I don’t know if it was a symptom of the audiobook or something that the book did too, but one of the issues that I had was there was no description of when they were in space or on Earth. There were some scenes where they were definitely discussing the mission, but it took me longer than it should have to realize that we’d switched places and people.  I’ve written about this numerous times in audiobook reviews.  Sometimes you need a slightly better description of when/where people are to allow the listener to follow along with ease (even if it’s not in the original book).

That being said, I still enjoyed the book.  There wasn’t as much “Kaiju” action as I was expecting, but it was replaced with other action — so I’m okay with that.  It was also a different book completely than I was expecting, but I still enjoyed it.  Goodman was able to write a book that was both full of surprises but also felt well thought out and put together.  I will definitely be checking other books by him out soon.

The narration of Kaijunaut done by Marlin May who does a pretty nice job.  He was able to give different voices to different characters even though they all weren’t perfect, I don’t expect that from indie books either.

They were there to stretch the realms of the cosmos. To learn about new planets, and perhaps old civilizations. To explore. But then they discovered something they shouldn’t have. Something that shouldn’t have been there.

Kaijunaut is the story of five NASA astronauts venturing out to an exoplanet with the hopes of bringing back relics of an ancient alien civilization. But this civilization holds many secrets, some small and some…gigantic. The astronauts’ training will be tested in ways they never could have imagined because they are about to come face to face with the implausible. 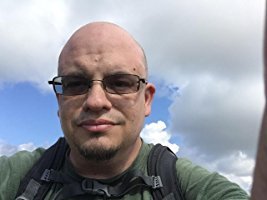 Doug Goodman is a writer happy to be from Houston. Yet in almost every book he writes, Houston is destroyed. Sometimes it is overrun by monsters (Dominion) and sometimes it is leveled by kaiju (Kaiju Fall). Whether this is due to his poor mental state or a deep-seeded aversion to the heat, we may never know.