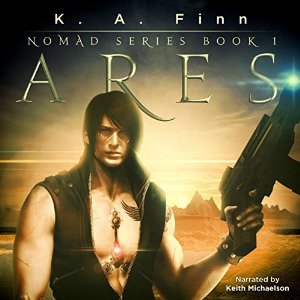 It’s Man vs. Machine in a battle for the ages

Normally, I don’t have a hard time writing a blurb for a book.  Sometimes I do just due to the spoiler nature of the way the book is written.  With Ares, I’m having a had time because there is so much going on here, and so much to spoil, I don’t want to give too much away.  So, do me a favor and read the blurb below for the description of the book.

Keith Michaelson has a great voice, the narration for this was pretty good.  I found myself feeling like it was a little drawn out, but I don’t think that was Michaelson’s fault.  He was slightly monotone and didn’t seem completely “into” the story as some narrators I’ve listened to, but other times he would.  I can’t tell if it was just his “narrator” voice compared to voicing a character. I don’t think that would be a major turn off for most listeners, though.  The quality of this audiobook was great, no issues at all.

I’ve never officially realized that I was listening/reading a “space opera” until this book.  I knew going into it that it was given that sort of title.  I have read other books that now looking back on them would fit a similar genre tag, but didn’t realize it then.  Sometimes when a book gets tagged with a certain genre it will get pigeonholed into it and won’t come out or be accepted by readers of other genres.

This book was different.  For me, I usually don’t like the oh we’re in space, and let’s sprinkle in some love-type sci-fi.  But Finn seems to do a good job with this.  I am not a reader of new adult or anything similar to that, but I can say that the sexual/sensual scenes were left to one’s imagination (which is nice for younger readers).

The book had a pretty good flow to it, only a few times did I find myself going… “wait, what?” due to the timeline jump between scenes.  Even being a little longer than I would normally enjoy, I found myself listening to this late into the night trying to figure out what would happen next.

I think this book could have been condensed some, there were some scenes and parts of the book that just felt like they were there as filler, and while it didn’t take away from the story, a lot of people won’t sit through 16+ hours of an audiobook due to its daunting size.  While I’m sure others out there prefer long stories (like Stephen King).

Overall, KA Finn has written a wonderfully crafted Space Opera with in-depth characters and a story that was both fun and interesting.  I will be looking forward to the next book in this series.

He wasn't expected to survive — no one else did — and for twenty years, he has managed to stay off their radar. Until now. Until her…

Gryffin was the sole survivor of The Foundation’s experimental project to transform human children into hybrid cyborgs – half human, half machine. The program failed and he was sent on a one-way trip into The Outer Sector where he was left for dead. He has survived for twenty years by suppressing his human emotions and embracing his machine side.

Officer Terra Rush believes in her duty to the Foundation. The Sector needs to be prepared for colonization, and nothing can stop her from doing her job…except him. When Gryffin saves her from an attack, Terra uncovers a terrible secret. The Foundation has been lying to her…and maybe they still are.

They have labeled Gryffin a killing machine, yet he acts more human than many of The Foundation’s leaders. He has awakened intense feelings in Terra that throw her loyalties into question, and even though he pushes her away, she is determined to find out the truth about the cyborg program.

Gryffin refuses to be a mindless soldier, yet escaping The Foundation’s control and stopping the colonization of his home will require Terra’s help. Can Gryffin overcome the machine inside and trust her? Or will getting in touch with his human emotions destroy him once and for all? 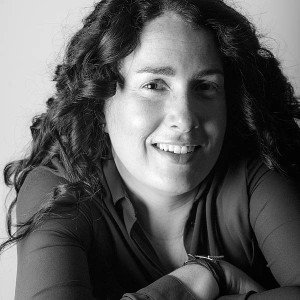 I grew up on the South East coast of Ireland before moving to a rural smallholding on the Welsh marches. After studying media production, I enjoyed a working career in veterinary nursing, financial services and, most recently, in the electrical and engineering industries. Opportunity offered me the chance to write and publish the first book of the Nomad Series, Ares; a concept that had been written and re-written (and re-written again) for more than 20 years, evolving, and developing with each year. My writing incorporates science fiction with elements from past and present, and hints of Celtic mythology.