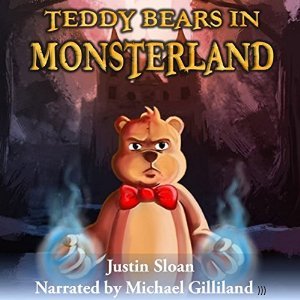 An Adventure for All Ages

A teddy bear must do anything he can to protect and save his boy from monsters.  Monsters who were said to have gone away.  He will stop at nothing and nowhere to protect his child.

Michael Gilliland had a great voice for this, light and playful, but “manly” enough to portray a caring but karate-loving teddy bear.  The narration for this was really good.  Gilliland was a great choice by Sloan for Teddy Bears in Monsterland.

This book was obviously written for children, but it can be enjoyed by anyone of any age.  If you had a teddy bear growing up, this story is for you.  I know for a fact that I believed that my stuffed animals would protect me in the middle of the night, and that’s what this story is about.

But, if you have kids, know that this would be a light PG novel for them.  There is some violence, but really only on the side of the bear versus the monsters.  A heartwarming tale that is sure to have the whole family enjoying it.

Teddy Bears in Monsterland was a surprise like for me this year, it was a nice light read after some of the heavier books I’ve read lately.

A teddy bear must travel into the land of monsters to rescue his boy who was taken in the night. In the process, he discovers a much larger plot that threatens all children everywhere.

Welcome to a world where teddy bears come to life at night to protect the children, and shadow monsters are controlled by goblins and orcs. The first book in the Teddy Defender series will entice young readers that enjoy fantasy and action/ adventure in the style of Pixar or Disney, as well as older readers who enjoy parallels to the tales of Orpheus or Dante’s Inferno.

Sit back, relax, and enjoy the ride. 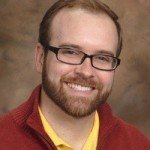 Justin Sloan is a video game writer on such titles as Game of Thrones and The Walking Dead, as well as a novelist and screenwriter. He studied writing at the Johns Hopkins University MA in Writing program and at the UCLA School of Theater, Film and Television’s Professional Program in Screenwriting.

Justin was in the Marines for five years and has lived in Japan, Korea, and Italy. He currently lives with his amazing wife and children in the Bay Area, where he writes and enjoys life.