Revenge of the Sea… An adventure that is awaiting you to come aboard!

Revenge of the Sea is the third book in a trilogy by Jesse Giles Christiansen.  I did not read the other two, but I was informed that this could be read as a standalone novel.  I think that is both correct and incorrect.  The importance of Captain Shelby could be easily misunderstood without knowing the full back story and full maritime adventures that have been encountered to fully “get” his character.  (Think Jason Bourne, if you didn’t know his back-story and his full adventures, the story would still be fun and interesting, but you’d be missing something).

With that being said, the novel was incredibly enjoyable.  I don’t often read maritime fiction or “sea stories” but this may change that slightly.  Christiansen really allows the reader to get into the characters and feel what they are feeling.

This book did include some things that I do enjoy, especially a “viral outbreak” of sorts, and that may be why I enjoyed the book more than I had originally thought I would.

If you’ve read the first two books, I can’t imagine you skipping this.  If you are unsure about what to think about this one as a standalone, do yourself a favor and read them in order.  If you MUST buy this book now, I don’t think you’ll be upset.  The characters are developed, the story is rich, and the story arc was perfect.

I was given a free copy of this book in exchange for my honest and unbiased review.

Beware of what the tide may bring…

Ethan Hodges is deeply unsettled when thousands of decomposed starfish inexplicably wash up along the shore of Pelican Bay. As the ominous sea epidemic spreads to other marine life, he continues to see a suspicious-looking man loitering on the beach.

To solve the mystery, Ethan seeks help from longtime friend, Sheriff Dansby, and Reagan Langsley, a beautiful marine biologist from Lighthouse Point. Spurred by curiosity and jealousy, Ethan’s estranged wife, Morgan, joins them in the investigation.

When the elusive outsider is finally arrested, an enigmatic relationship develops between Ethan and the man. With cautious prodding, Ethan learns that the fate of the world appears to rest in the hands of the tall stranger named…Mr. DM. 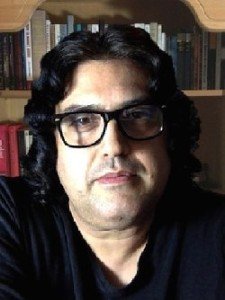 #1 bestselling author in sea adventures, Jesse Giles Christiansen is an American author whose page-turning fiction weaves the real with the surreal, while also speaking to the human condition. He was hailed by New York Times bestselling author, William R. Forstchen, as “leaving readers so tantalized by the story lines, they think the events actually happened–a demonstration of skill surely to launch this author into the big leagues.”

Jesse was born in Miami, FL, playing on beaches as a boy, the sky bronzing him forever and the sea turning his heart lyrical. After spending a summer in Alaska before graduating from Florida State University with a degree in literature and philosophy, he wrote his first novel, Journey into the Mystic.

He feels he is haunted by Hemingway’s ghost, not just by the poster in his writing studio that stares at him, saying, “What else you got?” but also by having a café called Hemingway’s in the small European city where he writes. Finally, Hemingway became his neighbor on Amazon when his novel, Pelican Bay, outsold Old Man and the Sea.

He currently lives in Lüneburg, Germany, with his wife and their precocious White Siamese cat.