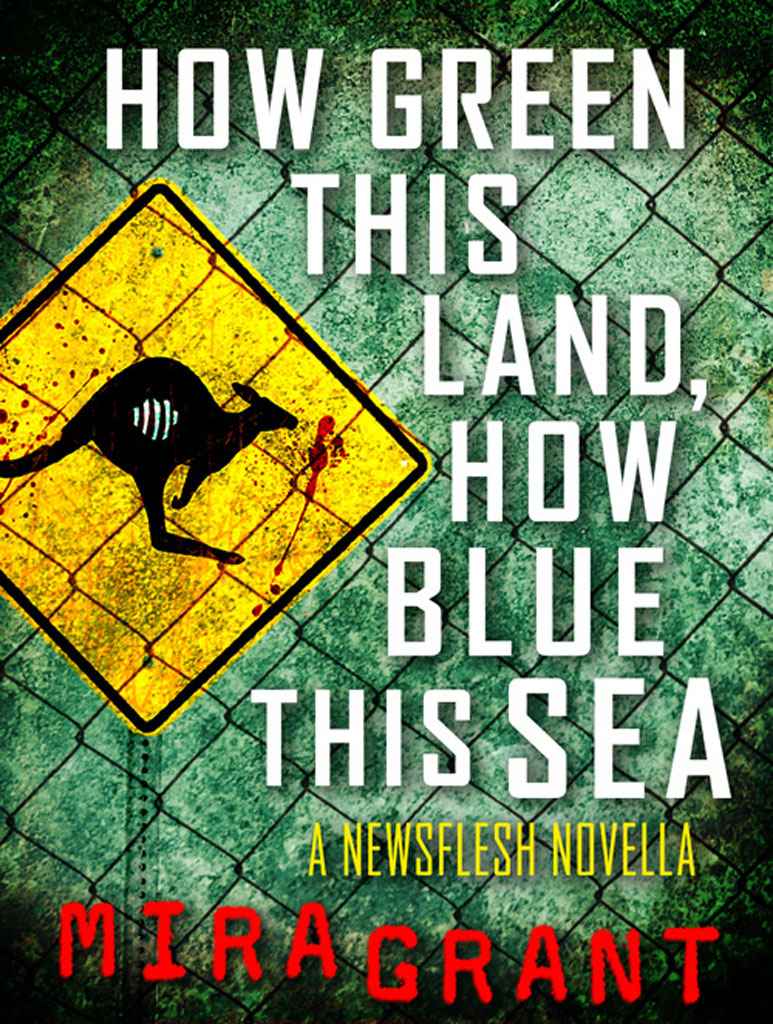 Newsflesh takes a trip to Australia where everything tries to kill you!

Come to the land down under.  Where the animals are more dangerous pre-Rising.  Now that anything over 40 pounds is amplified with the Kellis-Amberlee virus — the animals who already wanted to kill you want to do so even more now.  Warning: This book contains major spoilers to the end of the Newsflesh books.

After finishing the three novels in this series, I was still craving more.  I think that I enjoyed the way that this series was written so much that I will always crave more.  How Green This Land, How Blue This Sea really filled some of that craving for me.  The longest novella of all the others I read in this series — it contains much of what made the three novels so enjoyable.

With every Mira Grant book I’ve read, the character development is amazing.  Throughout How Green This Land you are following a more secondary character from the novels.  Knowing this, Grant gives some more insight into their character.  Allowing readers to really feel like they know and understand them.

This book does contain some major spoilers though.  So, please be warned.  Read the three Newsflesh books first, then if you are still craving more.  Jump in headfirst and join some of the gang as they make their way to post-Rising Australia.

A new Newsflesh novella from the New York Times bestselling author that brought you Feed, Mira Grant.
Post-Rising Australia can be a dangerous place, especially if you’re a member of the government-sponsored Australia Conservation Corps, a group of people dedicated to preserving their continent’s natural wealth until a cure can be found. Between the zombie kangaroos at the fences and the zombie elephant seals turning the penguin rookery at Prince Phillip Island into a slaughterhouse, the work of an animal conservationist is truly never done–and is often done at the end of a sniper rifle. 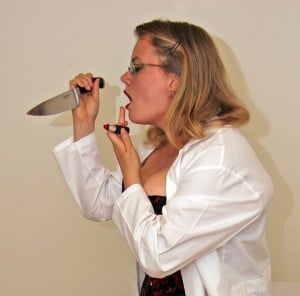 Mira Grant was born and raised in Northern California, where she has made a lifelong study of horror movies, horrible viruses, and the inevitable threat of the living dead. In college, she was voted Most Likely to Summon Something Horrible in the Cornfield, and was a founding member of the Horror Movie Sleep-Away Survival Camp, where her record for time survived in the “Swamp Cannibals” scenario remains unchallenged.

Currently, Mira lives in a crumbling farmhouse with an assortment of cats, horror movies, comics, and books about horrible diseases. When not writing, she splits her time between travel, auditing college virology courses, and watching more horror movies than is strictly good for you. Favorite vacation spots include Seattle, London, and a large haunted corn maze just outside of Huntsville, Alabama.

In her guise as mild-mannered urban fantasy author Seanan McGuire, Mira was the recipient of the 2010 John W. Campbell Award for Best New Writer. You can find her works as both Mira and Seanan at her main bibliography page. Seanan’s website is the best place to find information on where both she and Mira will be appearing.

Countdown (A Newsflesh Novella from the
Mira GrantNewsflesh Series