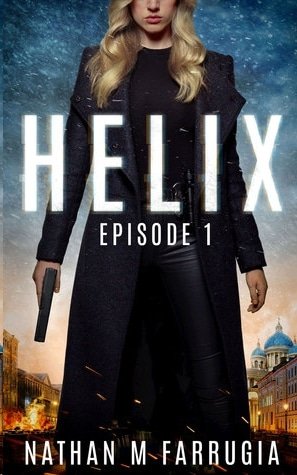 An “ordinary girl” is recruited into a seemingly normal covert agency.  But in reality, this agency is a collection of extra special people with “gifts.”  This agency is planning on using these children to create the most deadly weapon: the black operative.

I have not read Farrugia’s other books, but they have been on my “to read” pile for a long time.  This book was the perfect introduction and I think a little bit new.  The other books he wrote were full-length novels and this is an episodic story.

Helix is an interesting combination of movies/comics like X-Men and mixes it with the writing style of Matthew Reilly and A.G. Riddle.  I really found myself enjoying it, even with all of the typically-out-of-my-norm superpower/paranormal-like qualities.

Overall, this is definitely an action packed episode and I’ll be intrigued to see what happens with the rest of the story.  I didn’t feel angry like I usually do at the end of episodic books like this, so Farrugia has done a good job giving this a complete feel.

Be on the lookout for the rest of the Helix story, I don’t think you’re going to want to miss it.

Olesya has always been special.

To most, she is an ordinary girl from post-Soviet Russia. But to the covert agency that recruits her she is something much more. The agency is a collector of genetic anomalies; forging gifted children into their most deadly weapon: the black operative.

Ten years later, Olesya leads a team of hunters on a dangerous assignment. Her targets are elusive, genetically enhanced and unstoppable. From the bio-clinics of Brazil to the arctic borderlands of Kaliningrad, from the catacombs of Lithuania to the citadel of occupied Prague, Olesya is at the heart of a war against a powerful, malevolent organization that wants total control.

But as operatives and hunters start to vanish, Olesya discovers they aren’t the only players in this deadly game …

An action-packed techno-thriller for fans of Matthew Reilly, Russell Blake and A.G. Riddle. 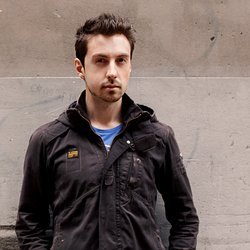 Nathan M Farrugia served in the Australian Army in infantry and reconnaissance, and studied film, television and professional writing. He worked as a post-production video editor, colorist and copywriter, where he earned the nickname Fagoogoo because no one could pronounce Farrugia.

Nathan lives in Melbourne, Australia. In his spare time he practices lock picking and discovers hidden places around the world with urban explorers. He studies Systema, a little-known martial art and former secret of Russian special forces. Nathan has trained under USMC, SEAL team, Spetsnaz and Defence Intelligence instructors, and the wilderness and tracking skills of the Chiricahua Apache scouts and Australian Aboriginals. He also drinks tea.

Sign up for free books, coupon codes, and advance copies of Nathan’s books by visiting nath.fr/signup.