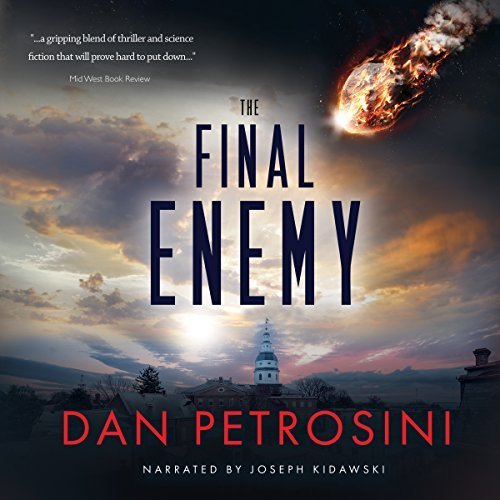 You’ll Either Love It Or Hate It

When Jack Amato, a newly graduated reporter who writes the obituaries for his local paper, witnesses a meteor falling to earth, he thinks no more about it. That is until he realizes that he hasn’t had to write a single obituary since that night, not one! Thinking this is strange, he digs deeper and calls hospitals in the vicinity. He narrows it down to about a 10-mile radius that had no natural death occur since that night. He puts two and two together and gets meteor!! The meteor in question was moved and Jack finds that the route the meteor took, no natural death occurred in those places either. This is Jack’s big chance and he breaks the story. It changes everyone’s life forever!!!

I was drawn to this book because of the cover and the description, and I eagerly dived in when I got my copy. I have to say that I’m so bummed it didn’t live up to my hopes!! I did enjoy it for the most part, but I just felt it was bogged down by some unnecessary things.

I loved the idea of the plot. A meteor falls to earth and all natural death stops. I just felt that the author didn’t give us enough information on the how. The science was missing and I think if we had had more of a sense of what the meteor actually did, it would have been so much better. I also felt like the execution of the plot was lacking. I mean, once the story breaks, everyone wants exposure to the meteor and the government comply. That didn’t work for me, because in my mind, I feel like the meteor would have been squirreled away by the government for testing and the public wouldn’t have seen it again, or not as easy anyway.

Plus, Jack “breaks” the news that now that natural death has stopped, overpopulation is a real concern. Well, I mean, ya!! That goes without saying. There is also so much more I want to say about parts of the plot that annoyed me a little, but I can’t because they are pretty big spoilers!! Suffice it to say, things happen about three quarters of the way through and people have to turn to doing something huge to survive, and there was no uproar about it at all!! There were a lot of things that the government did that got little to no reaction and it just felt unrealistic.

Now, it’s not all negative, I did enjoy parts of it!! I liked that the author forwarded the time line of the story, I liked that we get to see 10 years after the meteor hit. I found the overall story compelling in a weird way, because even though I wanted to put this aside plenty of times, I was intrigued enough to keep reading!!

In all, an ok read. Very much hit or miss and I think most people will either like it or hate it!

This seems to be Joseph Kidawskis first book as a narrator and it showed. He did have a few tones and voices for the characters, but the overall enthusiasm for the book was lacking. He didn’t capture the atmosphere of the story enough to truly bring it to life. I also found the quality of the production wasn’t as clear as it should be.

In the face of a death-defying power, what's the "new normal"?

Like all reporters, Jack longs for a breaking story but is stuck writing obituaries for a small-town rag. As his frustration mounts, it hits him that no one has died in over three days. Jack's odd observation becomes something far stranger when he connects a meteorite to the bizarre phenomenon.

Seizing the opportunity, Jack breaks the story and after a struggle to control the meteorite's power is resolved, a swelling population begins to create havoc. With the survival of the human race hanging in the balance, politicians enact increasingly horrific measures and desperate citizens take matters into their own hands.

Jack's in a position to not just report the news, but change it, and his decisions and observations creates an epic thriller that pits the potential of human immortality against a force designed to change - or obliterate - humanity itself.

Only one man might stand in its way...the man buried in the obits department. The Final Enemy is a story of social disintegration as well as a saga of survival. Secret plans, starvation, suicide, and a series of events that spiral the human race into a desperate survival mode evolve from a seemingly singular event and leads to a fast-paced action story that delights with its penchant for the unexpected.

In the tradition of A.G. Riddle and Matthew Mather, The Final Enemy is a gripping blend of thriller and science fiction that will prove hard to put down.

Ice by Kevin Tinto (Narrated by Pamela A