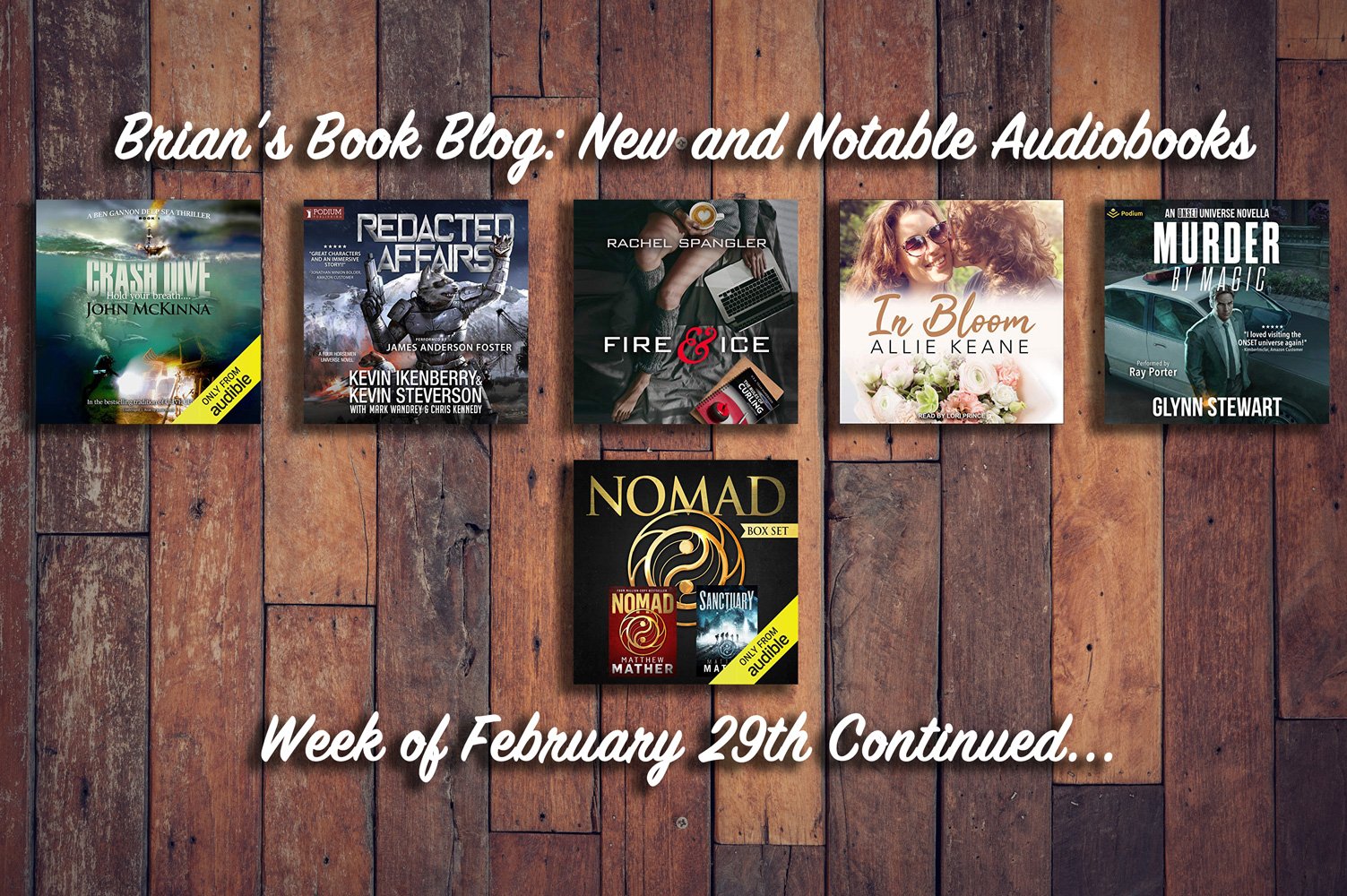 Welcome to a continued post of Brian’s Book Blog’s weekly New and Notable Audiobooks Post for the Week of February 29th. 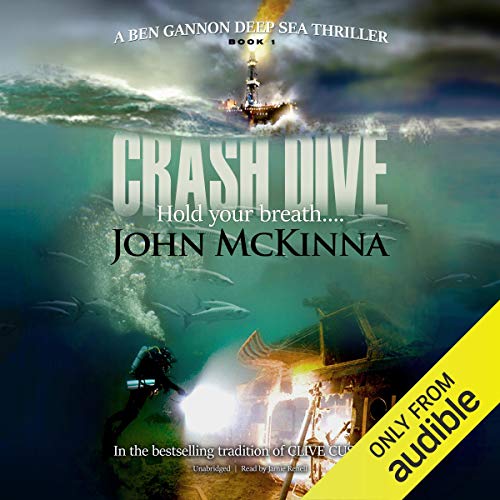 He’s braved the darkest waters…but now he’s way out of his depth.

Ben Gannon is the best deep-sea recovery expert in the business. No salvage is too deep, no job too risky. But when Ben and his crew find several bodies – shot – in a helicopter wreck, the risk becomes more deadly than even the most hostile waters.

Lured to an ultra-high-tech oil rig in the middle of the ocean, Gannon finds himself thrown into a deadly game of cat and mouse against a corps of trained killers. Trapped in the balance: the lives of everyone aboard the rig. With no hope of rescue and nowhere to hide, Gannon must survive long enough to stop a murderous fanatic’s devastating plans. And if he fails this time, there’s no coming up for air.

Drawing from his own experiences as a professional oil field diver and independent salvage operator, John McKinna has crafted a white-knuckle thriller of international intrigue and terror that will take your breath away. 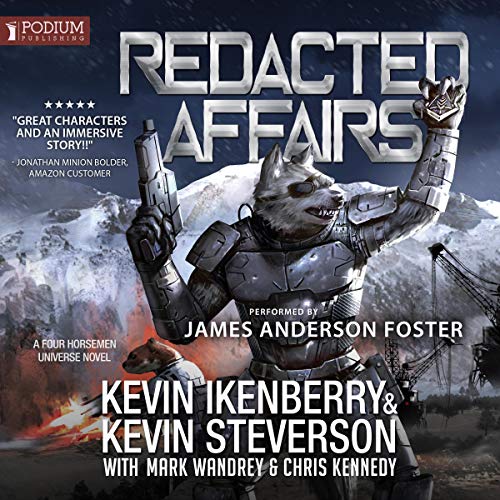 Peacemakers. The Galactic Union’s most capable enforcers and resolute negotiators, their name alone elicits fear and awe among the Union’s citizenry.

It is a time of upheaval throughout the Galactic Union. As the effects of the Omega War ripple outward, a Peacemaker falls silent at the outpost mining colony of Parmick. Sensing danger, the Peacemaker Guild dispatches two new graduates of the Academy to investigate and report. They are a new breed of Peacemaker, perfect for the clandestine infiltration mission.

With the galaxy teetering on the edge of chaos, can the Peacemakers and their surprising new allies liberate Parmick, stabilize the Galactic Union, and unlock the next clue to find Snowman? From the minds of Kevin Ikenberry and Kevin Steverson comes a new set of heroes who will forever change the Peacemaker Guild and the course of the Galactic Union.

Will the heat building between a disgraced reporter and a rising curling star melt the already thin ice they each are on?

Max Lauren made a mistake that shattered her pride, heart, and career in one fell swoop. Relegated to covering the lowly game of curling – she already resents the so-called “sport” – she steps onto the ice, where things get infinitely worse. She’s been knocked down before, and she’s always gotten back up, but a frosty resolve goes only so far in a world of people who thrive on ice.

Callie Mulligan is the amiable skipper of America’s second place curling team. Upbeat, optimistic, and with a fiery passion for an icy sport, she has both the mental and physical skills to become Team USA’s top contender. What she doesn’t have is the fame or the funding. Coverage from a journalist of Max’s caliber could be the answer to both problems, if only Max wasn’t so cold to the idea. As Callie tries to warm her to the sport, a little bit of heat grows into a fire neither of them can contain.

Passion, competition, ambition, redemption, and raw need collide as the bright lights of success and celebrity grow hotter, but can the fire between Max and Callie be sustained when it’s put on ice? 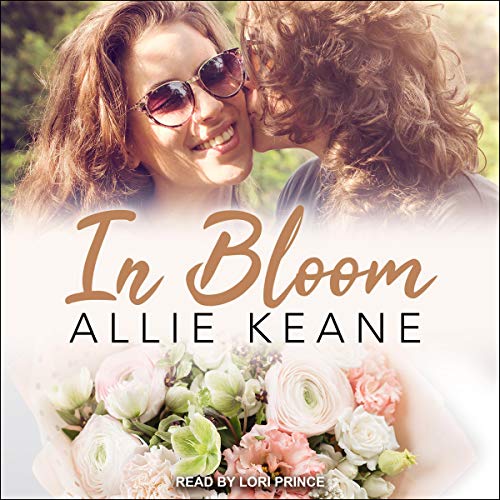 In Bloom by Allie Keane
Narrated by Lori Prince
Tantor

Twenty-seven-year-old Erica is happy with her uncomplicated life: She works in her aunt’s floral shop, she bakes in her free time, and she cherishes her small group of friends. Sure, she’s single, but Erica’s fine with it. As far as she’s concerned, not everybody gets a great love.

Then one day she delivers flowers to her aunt’s newest client, Catherine, a forty-year-old bridal shop owner, and Erica finds herself drawn to her. While the attraction initially catches her off guard – she’s never desired a woman before-she soon realizes that her crush is the real deal.

And Erica isn’t the only one experiencing sparks. Catherine feels them, too. But between their age difference, the need to remain professional, and both of their past experiences with love, both women are hesitant to make a move. Soon, however, it becomes obvious that they need to stop holding back and let their love bloom. 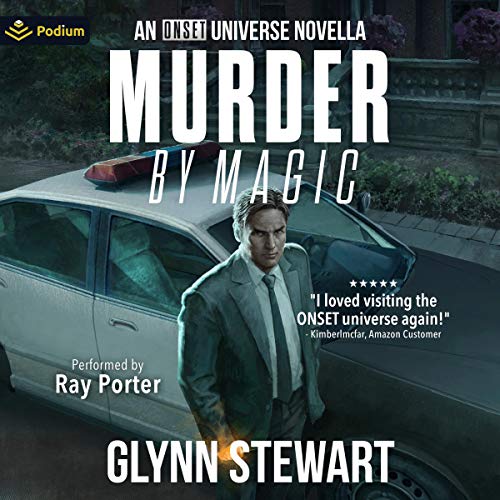 Before he was an Elfin Lord – before he even joined that secret group of Mages – Jamie Riley was a Mage recruited by the FBI and the Office of Supernatural Policing and Investigation. A new-minted Inspector sent into one of the most complicated supernatural regions in the country: Los Angeles.

The rest of OSPI’s LA team has grown comfortable with allowing politics and pragmatism to decide which cases they pursue, which criminals they charge – but when Jamie’s investigation suggests that a pillar of the supernatural community has killed in cold blood, he will let nothing get in the way of getting the murderer.

Not even his career. 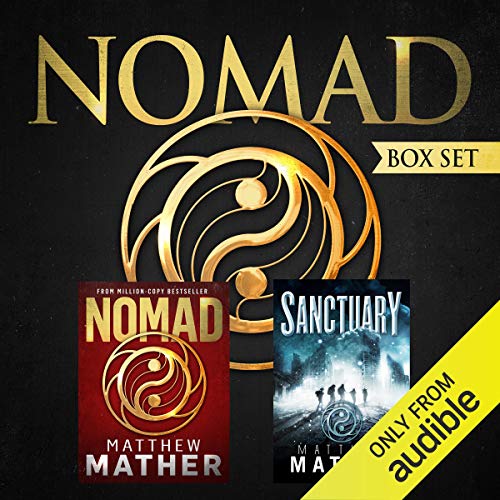 When exoplanet researcher Dr. Ben Rollins is told by NASA that a massive object in space could end the world, his first instinct is to call his daughter and wife: something is coming, he tells them. We can’t see it, we don’t know what it is, but it’s there. They’re calling it Nomad, and it’s coming fast. The world erupts into chaos as the end approaches – and Ben discovers that his wife and daughter are trapped. The key to humanity’s survival may rest in the answers he pieces together, in the midst of his frantic scramble to find his family before Nomad swallows the planet.

In the Day of the Nomad, oceans flooded the continents and the earth split open, pouring darkness into the skies. Jessica Rollins survived, but at what cost? The key to humanity’s survival may lie in the backpack she recovered from her father, in data he collected more than 30 years before. Her father’s words circle around and around in her head. What does the data mean? Who is the mysterious Ufuk Erdogmus? And what is…Sanctuary?