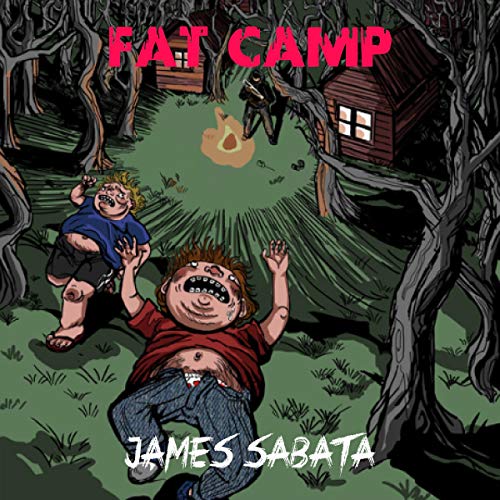 A Splatterpunk-Slasher-Coming of Age Story

I have to say starting off, I wasn’t quite sure where Fat Camp was going for about the first 10 chapters. Was it an autobiography? A love story? A story of friendship at Summer Camp? But really its all of those things as so much more! A coming of age story of a lovable, overweight young man, who is learning not only who he is, but what he is capable of if he only learns to believe in himself.

This story is sure to appeal to anyone who loves a classic teenage summer slasher setting offering a little violence, gore, and sex; right alongside with some good old fashioned marshmallow roasting over the campfire. Chock-full of iconic throwbacks to some of our favorite teenage slasher movies of yesteryear.

Overall I thought that this story was well written, well executed, and has a relatable telling of discussing some heavy-hitting topics.  Fat Camp could be a bit crass and crude, but aren’t all splatterpunk novels supposed to be a little?? Definitely one of the more interesting horror stories I’ve read in a while.

Since 1985, more than 500 overweight teenagers have come to Camp Wašíču looking to lose weight, gain self-confidence, and turn their lives around. Phillip McCracken arrives, weighing in at almost 400 pounds; but the baggage he carries from the past affects him much more deeply than the numbers of the scale.

When a homicidal maniac hell-bent on revenge attacks, Phillip will be forced to either find the courage to save the people around him or fall victim to his own self-doubt...and possibly a machete.

This coming-of-age story - cleverly disguised as a slasher - delivers horror, humor, and a little stab of nostalgia for anyone who grew up even slightly afraid of the dark.

Kami
Self proclaimed nerd 🤓 Lover of Books and Tea, collector of nostalgia, adores the macabre, voice of the voiceless and is still kind despite her own opinions

Exodus by Kimberly A Bettes (Narrated by